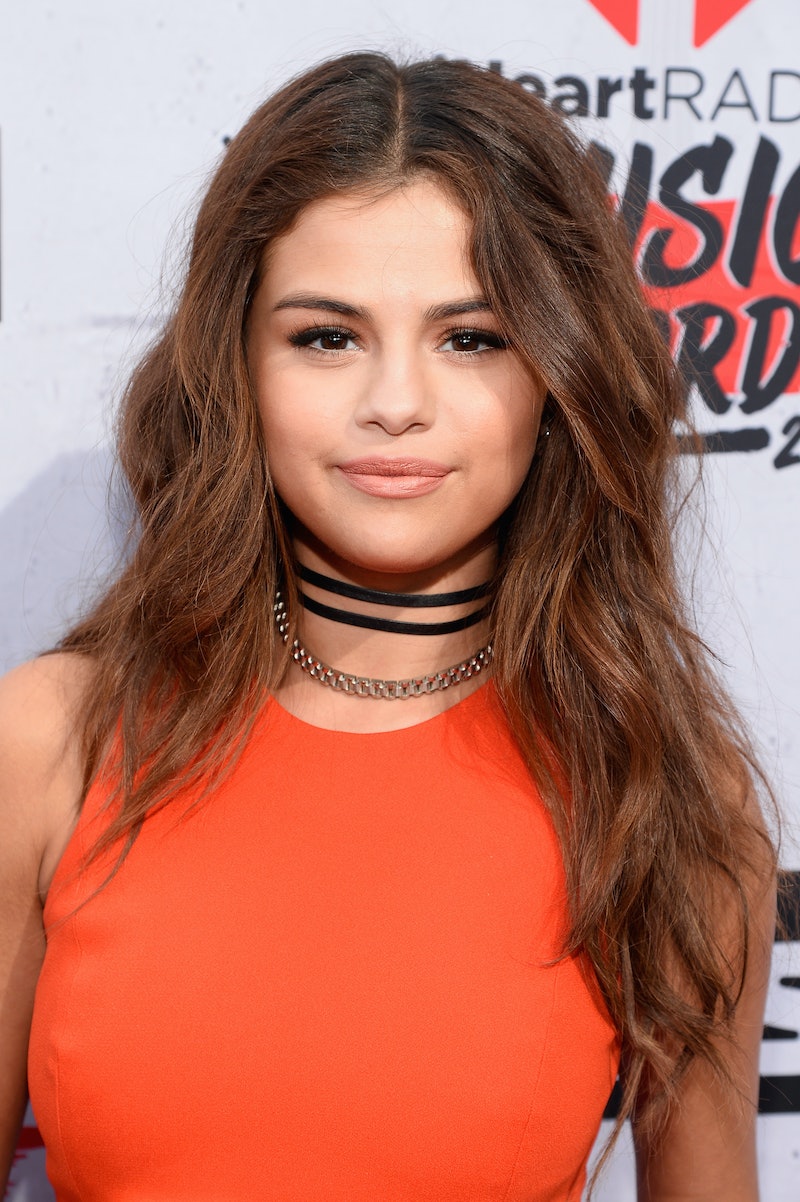 When you first heard that Selena Gomez was creating a TV show for Freeform, dubbed the "Latina Empire," no one would blame you for assuming it was inspired by her own life. With her music and Instagram presence, she does basically run her own empire at this point. But, spoiler, it's definitely not. Gomez, along with her producing partner Aaron Kaplan, are creating a TV show based on the life of Ana Cobarrubias, an 18-year-old girl from Los Angeles. And, once you learn more about this young woman, you'll understand why she deserves a show of her own.

It's actually Kaplan who had the idea to create a show based on Cobarrubias. He had seen a speech she gave last November at the Zimmer Children's Museum Discovery Awards dinner, in which she talked about overcoming the adversity of growing up in a low-income neighborhood. Not to mention being a millennial. Cobarrubias, who lives in East Los Angeles, started her speech at the awards dinner by saying, "We're considered the lost generation. People seem to have this misconception that young people are lazy. That we think the world owes us something and that we don't think about anything but ourselves."

Basically, Cobarrubias, who is a youth ambassador, was there to change your mind, and maybe her mother's, who she said is always telling her, "Today's kids are ruined. Girls these days can’t even warm a tortilla!” Mama Cobarrubias doesn't need to worry about her Ana, since she's not one of those ruined kids. She was senior president of her school and volunteers for causes that she finds important. Not because someone told her to, but because she actually wants to. "You can't fake a passion for making change," she said, a powerful statement.

Cobarrubias thinks the real problem is that teens, especially those who come from low-income neighborhoods, don't get the same opportunities as everyone else. She'd like to change that by helping others like her find their power and passion in something. After graduation, Cobarrubias said she planned on making her own films and TV shows about people like her. People who didn't grow up in the best neighborhoods, but whose stories are still worth telling. "I know I’m not a ticking time bomb," Cobarrubias told the crowd. "I know I’m more than the general expectations of dropping out of school, getting pregnant, going to jail. I see a strong, confident person who is more than the expectations others have of me."

Kaplan and Gomez certainly couldn't keep this young, confident woman to themselves, so they pitched a show based on Cobarrubias to Freeform that, according to Deadline, will be "set in a low income Latino neighborhood and is told through the eyes of an 18-year-old girl destined for greatness." To make sure they get the story right, Cobarrubias will be a consultant on the project, which is still looking for its writer. Yeah, she's not even out of teens, and she's already achieving her life goal. What did you do today?

The only sad news to come out of this whole thing is Gomez is not slated to appear on the show, but I imagine she knows the power of her name. Having Gomez tied to this project as a producer — her second credit, since she will also produce the Netflix series 13 Reasons Why — means it has a built-in audience, one that will be watching and talking about the show. Gomez is the most followed person on Instagram, after all.

By signing on to produce this project, Gomez isn't only proving she deserves that Triple Threat Award she recently won at the iHeartRadio Music Awards. Gomez is doing exactly what Cobarrubias says she wants to do: allowing people who don't normally get a chance to tell their story to tell it. In this case, Gomez is giving a new representation of growing up Latina. Too often, these men and women are ignored on TV and in movies. In 2014, a study titled “The Latino Media Gap: A Report on the State of Latinos in U.S. Media,” found that Latinos and Latinas star in less than 2 percent of programming. Worse, Latinas are often left playing the same kind of roles — sex kittens, maids and criminals.

With just one show, Gomez, along with Cobarrubias, are working to bring a different kind of Latina to the screen — one that looks to destroy those harmful stereotypes. Let's hope this encourages others to follow their lead.

More like this
Selena Gomez's “Buttercup Yellow” Nails Are The Sweetest Summer Mani
By Audrey Noble
Selena Gomez Has Been Spotted Having Fun With A Top Film Producer
By El Hunt
Selena + Chef Season 4 Was Filmed At Hannah Montana's Old Malibu House
By Jake Viswanath
At 14, Tatiana Maslany Was Obsessing Over Tamagotchis & The Spice Girls
By Gabrielle Bondi
Get Even More From Bustle — Sign Up For The Newsletter