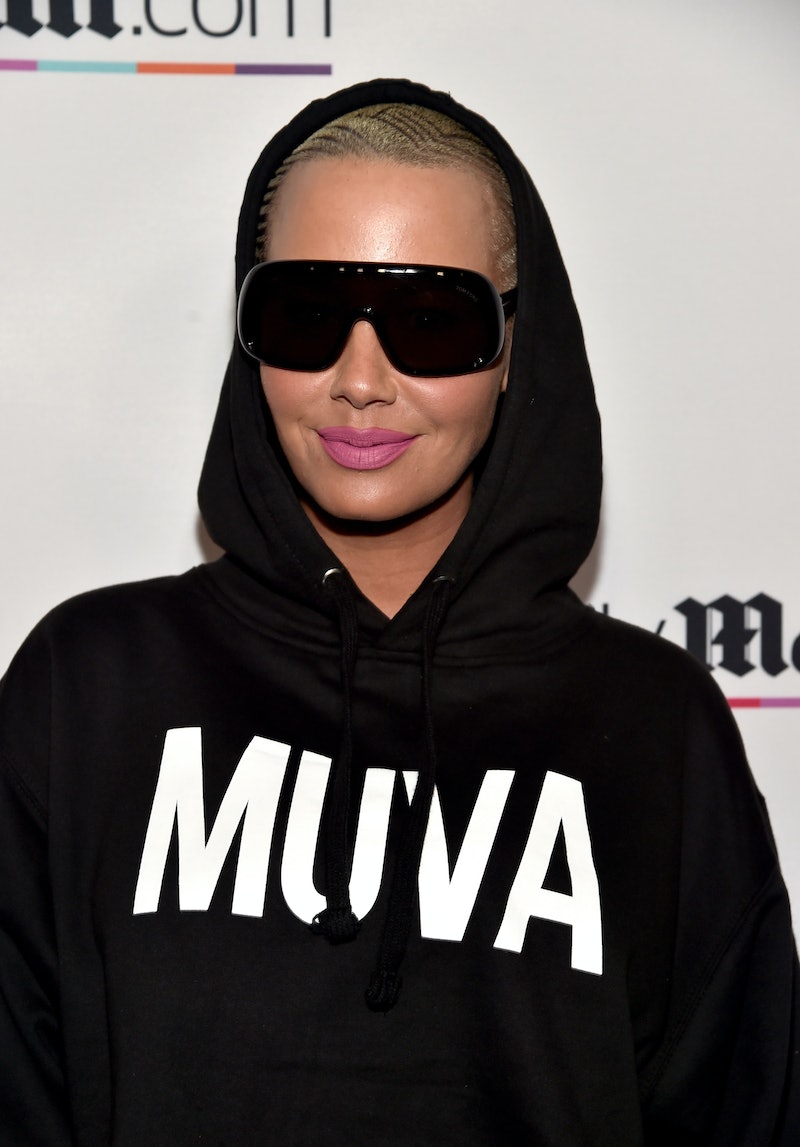 She's known for bold fashion choices, especially on red carpets, so I was pretty excited to see Amber Rose at the 2016 MTV Movie Awards. After all, it's a show that encourages creativity from its attendees when it comes to their ensembles. But alas, Rose appeared to be elsewhere when the photos from the pre-taped show started to surface Saturday night.

Amber Rose is always a fun one to see on the red carpet because she's not afraid to make a statement with her look, and award shows hosted by MTV are her time to shine. Who can forget the rhinestone dress she wore to the VMAs in 2014, or that bodysuit that took a stance against slut shaming in 2015? At last year's MTV Movie Awards, Rose again made a quite a splash, wearing a white and silver holographic cocktail dress from Givenchy under which, she told red carpet hosts Nicole Byer and Rachel Antonoff she was wearing, "Absolutely nothing." She also somehow insinuated that she might've bleached her anus in preparation for the awards show.

So where was Rose instead? Out celebrating her bestie Blac Chyna's engagement to Rob Kardashian! Respect to the girl who ditches an award show for her friends.

Since we don't get a new Rose red carpet look on Sunday, let's celebrate her outfits from years past instead.

In 2015, she went with a colorblocked look from space.

And the fiercest shoes quite possibly ever.

Amber Rose, we can't wait to see your next ensemble.