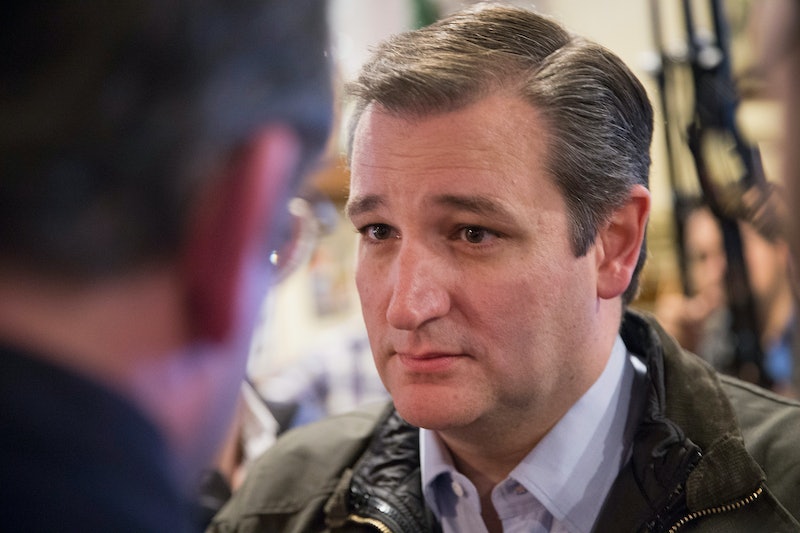 April 12 is Equal Pay Day, where the fight for pay equality comes into the spotlight; the date is determined by how far into each year women would have to work to earn the same amount as men in the previous year. To get 12 months worth of male income, women would have to work on average three and a half months longer. (In the U.K., Equal Pay Day happens in early November, because that's the month where women start effectively working for "free" for the remainder of the year.) As a symbol of serious gender inequality in pay, it's a pretty powerful one; but what does the GOP have to say about wage gaps and new laws designed to target them?

The attitude of Republicans towards wage gap legislation tends to be pretty negative, for varying reasons. One is opposition to wage control legislation of any kind when, their argument goes, there's already enough government interference in wage-setting across the United States. Another is that equal pay laws obscure skill imbalances and what "equal work" actually means. And then there are the Republicans who refuse to acknowledge that there's a problem, either insisting that women are always paid what they're worth or blaming the difference on factors other than sexism. It's a complex knot to unravel. (President Obama, in case you haven't been following, has been attempting to make firms more accountable for wage gaps, including the announcement in January of rules requiring firms to disclose gender salary information in annual reports.)

So what do various famous Republicans have to say about equal pay? The answers may not surprise you, but they'll likely frustrate you.

"You're gonna make the same if you do as good a job."

"When it comes to categorizing people, men and women into a group, it gets to be very dangerous. When you have to categorize men and women into a particular group and a particular pay scale, it gets very—because people do different jobs. It's very hard to say what is the same job. It's a very, very tricky question. And I talked about competition with other places and other parts of the world, Mika. This is one of the things we have to look at very strongly."

As I'm not actually qualified to de-scramble word salad, it's not entirely clear to me what Trump was going on about in these two statements, both made in 2015; but he seems to be putting forward a few of the damaging myths about gender pay equality. One is that unequal pay is due to the skills of the person doing the job, not their gender, and the other is that determining "what is the same job" is actually very tricky, so determining pay discrimination is difficult. (Neither of which are true.)

"In the Soviet Union, the Politburo decided the price of bread. They either had no bread or too much bread, so setting prices on wages by the government is always a bad idea. ... The minute you set up a fairness czar to determine what wages are, you give away freedom. When you give that power to someone to make decisions, they may well discriminate in favor of whoever they want to discriminate in favor of."

Libertarian Paul compared the 2012 Paycheck Fairness Act to artificial price-setting in the Soviet Union, which should indicate how moderate he was about the whole thing. Paul has stated that he believes the market sets wages based on each worker's ability to do their job, not due to any underlying bias or sexism.

These two separate quotes, from successive years, show Cruz's overt opposition to more equal pay legislation, which is based on the desire for less government interference. He thinks the previous laws are good enough and that any more legislation that allows firms not paying equal wages is just an excuse for frivolous lawsuits. Yep. Equal pay lawsuits: such a waste of everybody's time!

"[Equal pay legislation is] nonsense. Why do we need to muddle up our statutes when we already have laws on the book that clearly take care of this? I mean, I probably got more female chiefs of staff than anybody in Texas history. And the fact is, they get paid well because of the performance that they do."

Another less-legislation proponent, Perry basically thought this was all taken care of ages ago, because he personally pays his female staffers well. And here we have the "skill determines pay" myth again, which is idealistic but, unfortunately, not accurate.

"Well, a lot of it is based on experience. A lot of different factors go into it. It's all tied up in skills. Do you not have the skills to be able to compete?"

This was part of a bewildering exchange with the U.S. Hispanic Chamber Of Commerce chief Javier Palomarez in 2015, where Palomarez asked for Kasich's explanation for the wage gap and Kasich offered up this gem. Palomarez apparently responded by asking if Kasich thought female workers were less skilled, at which Kasich demurred: "No, no, of course not... I understand that if you exclude women, you're not as effective."

"Men and women should be paid based on their experience and qualifications — regardless of their gender — but unfortunately, incidents of gender-based pay discrimination still exist. The GAP Act strengthens our equal pay laws and gives employees the knowledge and tools they need to combat wage inequality."

It's important to note that some Republicans do acknowledge that the gender pay gap may be a problem, even though the language they use about is about isolated "incidents." But the bill Senator Ayotte and some fellow Republicans submitted to address it in 2015, as Salon pointed out at the time, only said that women were "concerned" about wage gaps, not that they actually existed or had any systemic problem behind them. Not Going Far Enough 101.

"You could argue that money is more important for men. I think a guy in their first job, maybe because they expect to be a breadwinner someday, may be a little more money-conscious. To attribute everything to a so-called bias in the workplace is just not true."

I'm going to be really nice here, and hope that the Wisconsin congressman Grothman is an outlier instead of a bastion of normal Republican thought. Because the idea that men are "a little more money-conscious" and money is "more important" to them, which Grothman actually said aloud in 2012, is blatant nonsense to anybody who has ever encountered a woman in the 20th or 21st century. Welcome to crackpot justifications of gender pay gaps: that it's all because of some kind of inherent gender-based inequality and skill problems, rather than a cocktail that includes sexist exterior expectations or structures.