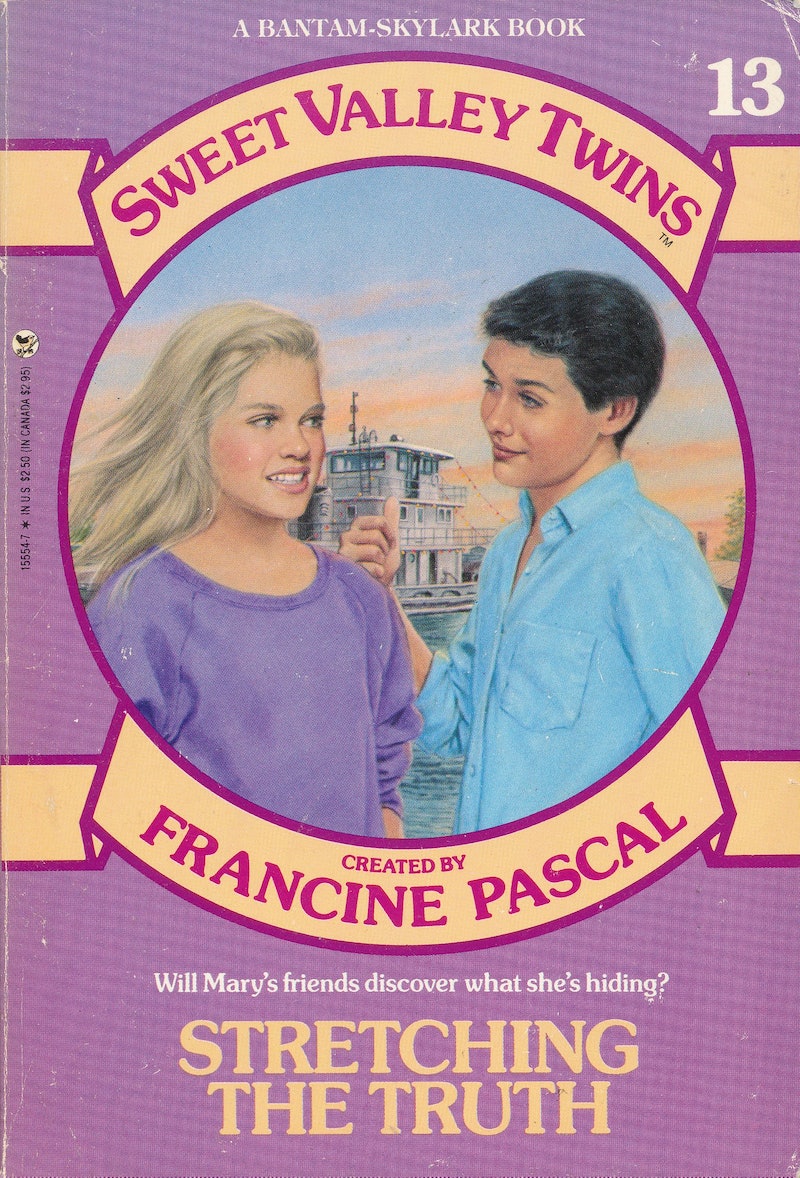 Yesterday, one of my best friends (you know who you are, and I thank you heartily for it) alerted me to the existence of what has now become my favorite Twitter account ever created: The Paperback Paradise Twitter. Its bio claims that it’s “the world’s #1 used book store,” but do not be fooled; it is most certainly not that. What it actually is, though, is far better: It takes dated-looking covers of YA books from decades gone by and grants them new titles with the power of Photoshop. It is hands down one of the funniest things I’ve ever seen, mostly because… well, let’s face it: As much as we may have loved these books, we’ve all looked at the covers occasionally and thought, “ Wow, that is awkward.”

Paperback Paradise is still quite new; its first tweet, a Sweet Valley Twins cover depicting what was probably once thought of as a romantic situation, but which now looks like the most uncomfortable date in the history of modern love, dates back to March 11, 2016. During its brief existence, though, the account has amassed a truly staggering amount of followers: Over 27,500, to be exact. Originally belonging to the 13th book in the Sweet Valley Twins series, Stretching the Truth, this particular cover now belongs to a story that’s infinitely more relatable:

We’ve all been there, regardless as to whether there was a private yacht in the background: The “EW! NO!” physical contact, the inward screaming, the fixed smile as we pray, fervently, for either the date or the world to end — whichever comes first. We’ll take either. Because ugh.

By the way, if you’ve ever wondered why so many YA series from a particular period in history have similar-looking covers, it’s because a lot of them were drawn by the same guy: James L. Mathewuse, who worked not only on the various Sweet Valley series, but also on Nancy Drew, The Hardy Boys, and more. During the 2000s and 2010s, a lot of these series were reissued and given updated covers — but as dated as the original covers were by the time they got revamped, many of us (particularly those of us who grew up during the ‘80s and ‘90s) will probably always look back on them with a degree of fondness. They make me think of the library in the small Massachusetts town in which I grew up — a place about which I have a lot of good memories. Funny what a cheesy little illustration will bring back in a proverbial flash, no?

But that history is also what makes Paperback Paradise’s versions of these covers so overwhelmingly hilarious. It’s the literary equivalent of that Whose Line Is It Anyway? game where they remove the soundtrack from an old movie and have the players make up the script as they go — something familiar is made different, and the contrast between the two things results in so much comedy. It’s how we get this from First a Dream by Maureen Daly, originally published in 1990:

And this from The War with Grandpa by Robert Kimmel Smith, published in 1984:

This from Beverly Cleary’s Strider, the 1991 sequel to Dear Mr. Henshaw:

This from Island Dreamer by Robin Jones Gunn, published in 1992:

And aaaaaaall these gems from the many Sweet Valley series:

Head on over to the Paperback Paradise Twitter for more; there’s also an Instagram account, a Facebook page, and a Tumblr — although the Tumblr features no covers. The only thing posted there is the commercial for that Pure Moods CD we used to see on TV all the time in the early ‘90s.

In the meantime, though, laugh heartily. You deserve it.