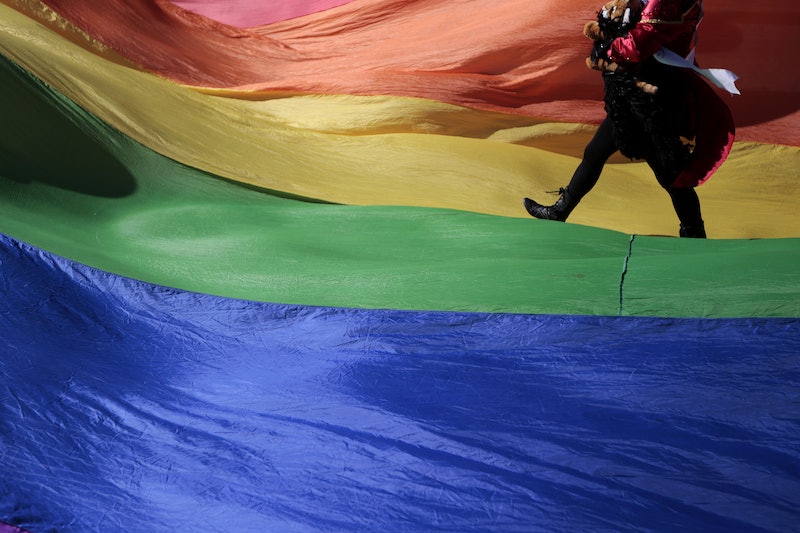 While LGBTQ rights have definitely made a lot of progress in recent years, there are still major issues affecting the LGBTQ community. One example of these often under-discussed issues is that of LGBTQ youth homelessness. In general, our society doesn't give a ton of air time to conversations about homelessness or outreach for the homeless population. Sadly, this is no different when it comes to homeless youth, or homeless LGBTQ youth. Though it's difficult to get a precise number when it comes to counting the homeless population, sources estimate that between 320,000 and 400,000 of LGBTQ youth experience homelessness each year according to the Center for American Progress, making them between 20 and 40 percent of the overall youth homeless population.

Studies show that across the board, there are serious long-term effects of experiencing homelessness as a youth. For example, studies show that homeless youth have a higher chance of developing certain mental illnesses, higher rates of substance abuse, higher likelihood of participating in criminal activity, and greater risk of unsafe sexual behaviors. For LGBTQ youth, who are already part of a minority population, these risks can be heightened, as the LGBTQ population faces additional vulnerabilities. While it's important that we continue to combat homelessness on a large scale, it's also important we familiarize ourselves with the populations most directly affected, including LGBTQ youth — because as these facts show, it's long past time we took action to alleviate the problem.

While non-LGBTQ youth certainly face struggles with their families, for LGBTQ youth, the thought of coming out to family can be terrifying not just on an emotional level, but also on a practical one. While emotional rejection can definitely leave long-term effects, the reality is that many LGBTQ youth either must leave their homes after their families ostracize them for being gay, or choose to flee to escape confrontation or violence. For these LGBTQ youth, not only are they reeling from the loss of their family's emotional support, but also their financial support and living security.

Luckily, there are some homeless shelters in existence which specifically service the LGBTQ youth population. However, in the overall big picture, there are relatively few places LGBTQ youth can go where they feel safe and respected and still be out about their sexual orientation or gender identity. In fact, while LGBTQ youth make up roughly 40 percent of the population in youth homeless shelters, they're also at the highest risk of experiencing violence, abuse, and exploitation.

Studies show that LGBTQ youth are at a higher risk for depression and anxiety than their non-LGBTQ identified peers. Furthermore, according to the Youth Suicide Prevention Program, 30 percent of LGBTQ youth attempt suicide once per year on average, while 50 percent of all transgender people will attempt suicide at least once before their 20th birthday. When LGBTQ youth are homeless, they often lose their health insurance or access to healthcare providers, making it a challenge to receive mental health help or guidance.

While there are many overlapping needs within the LGBTQ community, there are some needs which are particular to the transgender population. The same sentiment is accurate for LGBTQ youth who experience homelessness. For example, according to data reported from The True Colors organization, roughly one quarter of all reporting transgender homeless youth request assistance for gender transition, including medical assistance, legal name change, access to healthcare specific to transgender youth, etc. In shelter situations where transgender youth aren't accepted because their gender identity does not match the sex listed on their identification, or because the staff isn't trained on transgender issues, transgender youth often have few options except to live on the streets — which is terrifying for anyone, but especially for a young person in a vulnerable state.

The issue of youth homelessness is definitely a big one, and not everything is covered here. When discussing youth homelessness, it's important to keep intersectionality in mind in all aspects, such as race, socioeconomic background, education level, and more. For LGBTQ youth, coming out is too often met with being cut from family or community ties, and that removal can lead to homelessness faster than one might think. While the experience of being homeless can be traumatizing in itself, studies show it can have long-term negative impacts on LGBTQ youth. In my opinion, the best way to tackle the issue is to continue bringing attention to it and calling for advocacy, better resources, and more outreach to help those LGBTQ youth suffering in silence.