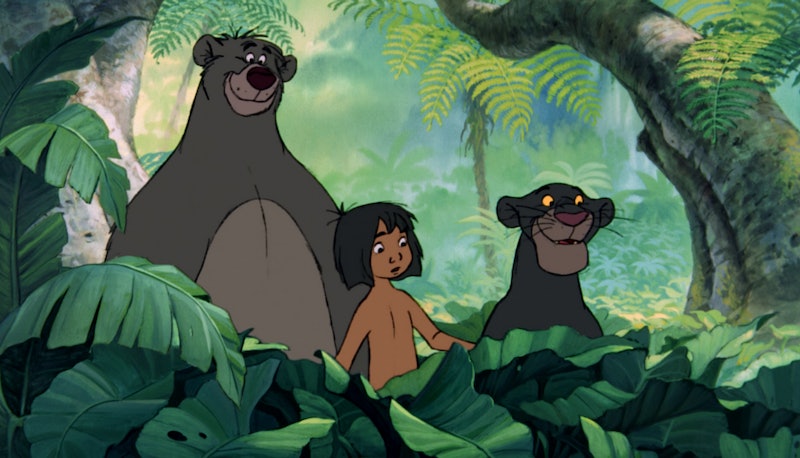 There's nothing that makes a '90s kid more nostalgic than Disney movies, and The Jungle Book was one of the best. It's therefore pretty exciting that the story is coming back to life in multiple live-action films. Disney's The Jungle Book hits the big screen Apr 15, and Warner Bros is developing its own adaptation, called Jungle Book: Origins. But the latter project has been in the works for a while, and Mowgli fans are getting antsy for the moment when Jungle Book: Origins comes out.

Before you starting warming up to sing "Bare Necessities," you should know that it's gonna be a hot minute until Jungle Book: Origins' release. Originally scheduled for an October 21, 2016 debut, the movie has since gotten pushed back twice. Several months after the studio's initial release date announcement, it was revealed that the movie would instead come out on October 6, 2017— practically a full year after the original scheduled date. The Hollywood Reporter speculated about different possible reasons for the change, noting that a later release date would allow more space between Jungle Book: Origins and Warner Bros' Tarzan, and would also give filmmakers more time to work on the movie's special effects.

But alas, it turns out that the adaptation is being pushed back even further. On April 6, it was announced that Jungle Book: Origins will come out Oct. 19, 2018. But before you feel any disappointment, know that one (very important) person is totally okay with the change: Andy Serkis, the film's director. In fact, Serkis posted on Facebook that he was "absolutely thrilled" about the shift in release date. As he explained,

"The ambition for this project is huge. What we are attempting is an unprecedented level of psychological and emotional nuance in morphing the phenomenal performances of our cast into the facial expressions of our animals. We are breaking new ground with realistic non-humanoid animal faces [....] So, every minute more that we have to evolve the technological pipeline will make all the difference...the evidence is there already and it's off the chain exciting, so hang on in there..."

Fans' reactions to the post were mixed, but many responded positively to Serkis' declaration that Jungle Book: Origins is "truly next generation storytelling." His dedication and passion for the project are tangible, so you can feel confident that everything will pull together as desired.

It'll also be interesting to see how Jungle Book: Origins compares to the new Disney Jungle Book , which is using CGI as opposed to motion capture to bring the animal characters to life. The only way to definitively decide which is better is to go see both, so you can check out The Jungle Book in theaters this spring, and then sit tight for the 2018 release of Jungle Book: Origins.