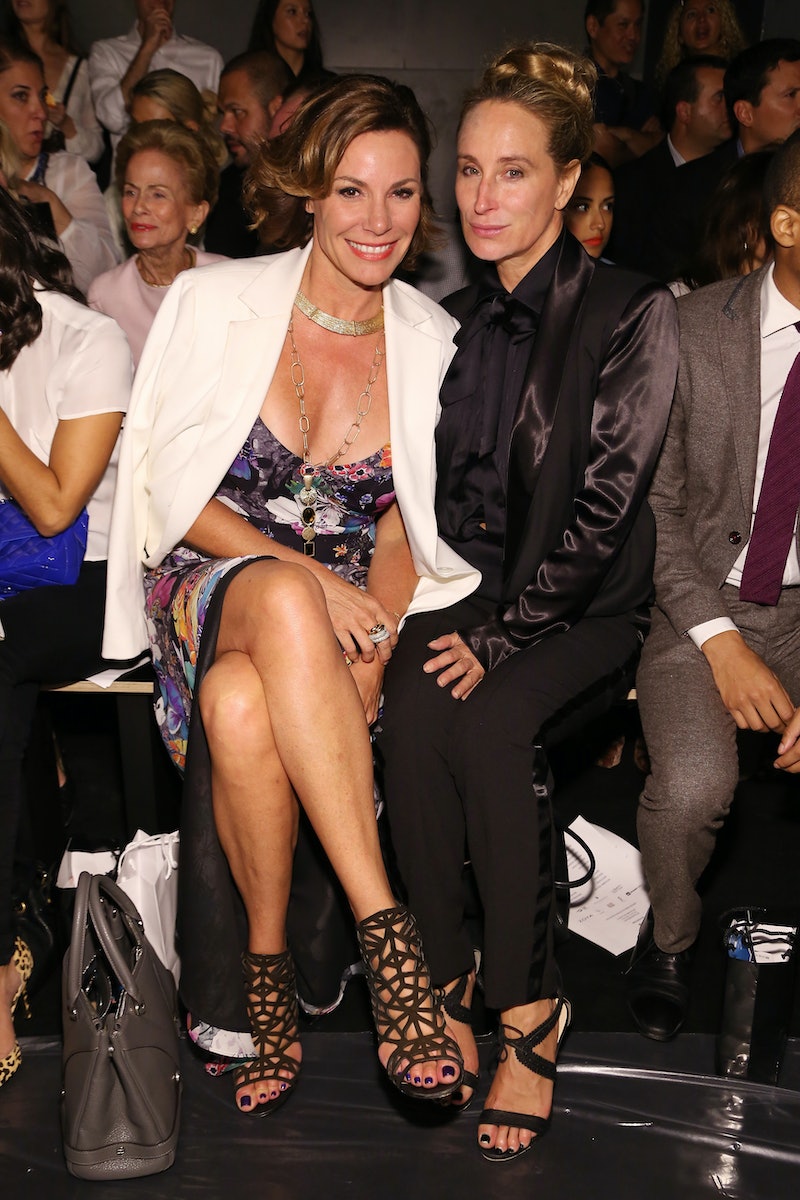 Sonja Morgan has always been the kind of woman who lives her life to the fullest. She does what she wants, when she wants and she is not sorry about it. Sonja even lived with LuAnn de Lesseps for a little bit while they were filming Season 8 of Real Housewives of New York City , which was pretty unexpected. I had the opportunity to talk to my favorite reality TV entrepreneur at a premiere party for Season 8 of Real Housewives of New York City hosted by Dorinda Medley and Jules Wainstein and ask her all about it.

"You know, I was really happy about it because my daughter has moved away to a boarding school, so I had the thought of a big rambling house with nobody in there, and I was happy about the opportunity for her to move in," Sonja says of their time as roommates. "I was getting a lot of flack, of course because people were so jealous of all the fun we're having."

To be honest, I can see why anyone would be envious of the ability they have of making the most out of life. They work hard and they play harder. They have found a balance that is very tough for most people to find. During Season 7, people were very quick to judge LuAnn and Sonja for their nights out on the town. I never would have imagined any of the RHONY women having roommates but these two living together makes total sense. They were able to band together to get past the negativity and as you might expect, they had the best time.

Sonja goes on to explain how she can be misjudged at times. "I consider myself a creative entrepreneur, but very focused in a business sense, but at the same time I'm a mother foremost," she says.

I have a lot of balls in the air and I think the girls have a lot balls in the air to knock me down and talk a lot of sh*t. But somehow I have a basis of some kind of friendship with them that survives the heckling, cackling, and the jealousy or whatever you want to call it.

Sonja always makes for good TV, but there is so much more to her. When asked if there are any common misconceptions about her, Sonja shares, "That I'm so loud and obnoxious all the time. I'm actually very quiet and discreet. I like to read and I run all my businesses myself."

That said, the reality star loves that she can add some comic relief to RHONY. "You see me when I'm filming. And when I'm being on camera, I like to be a comic," she says. "I'm a comedian, if you remember that episode where I said 'I'm a comedian and Ramona said no you're not?' Sometimes when I'm on, I get very comedic."

Whether you are a party person or an introvert, it is important to make the most of every moment and just live with sincerity above all else, and Sonja and her short-lived roomie LuAnn embody that.