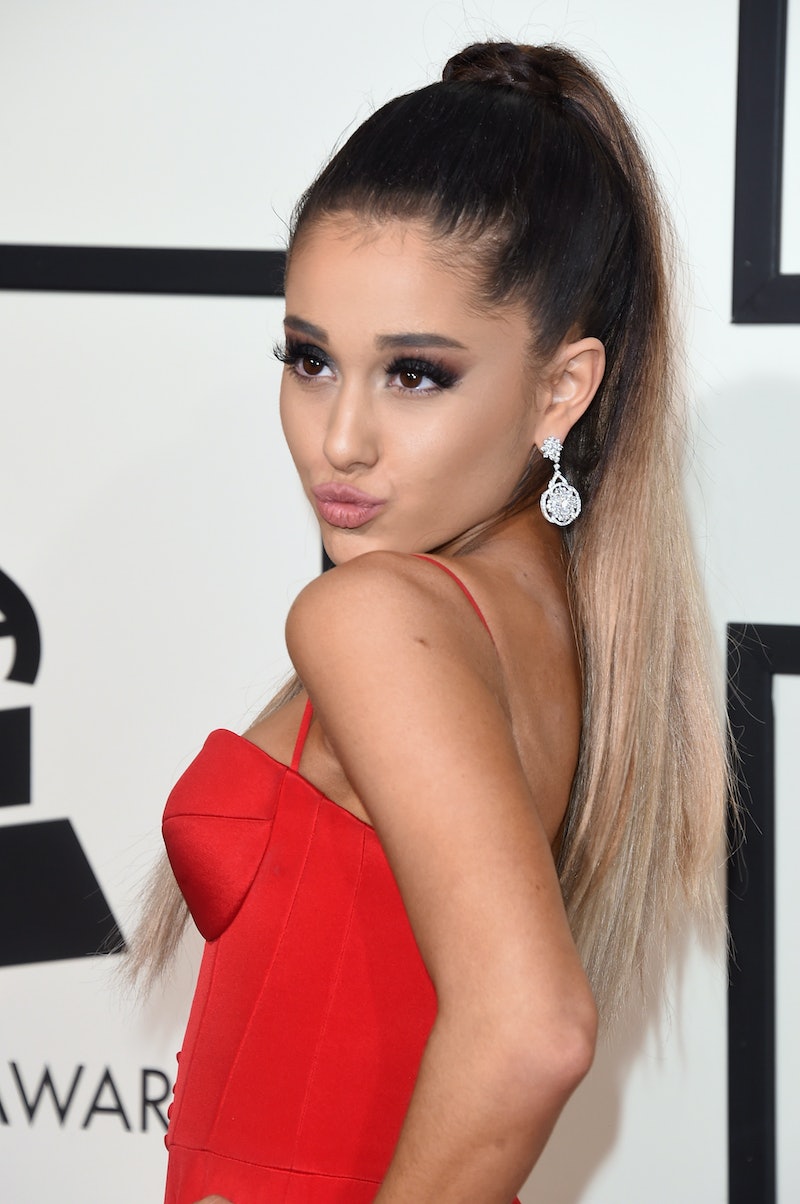 Ariana Grande's boyfriend Ricky Alvarez was first thrust into the spotlight after he and the "Dangerous Woman" singer were spotted kissing in that now-infamous donut-licking video from last year's 4th of July. Since then, the two have gone public with their rather private relationship, kissing in concert, posing for photos, and even Snapchatting together (Grande shared a pic of Alvarez with the caption "my heart.") Now that Grande, 22, and Alvarez, 24, have been dating for the better part of a year (with one fan account celebrating their one-year anniversary on April 5), it's time to bring the romance back to its roots: How did Ariana Grande and Ricky Alvarez meet?

Turns out, the answer here is fairly fortuitous: They initially met because Alvarez is Grande's backup dancer. Based on when the two started showing up in each other's tweets, it seems like they first met in the middle of 2014, working together and developing a solid friendship before anything turned romantic (an E! insider revealed that the pair "have been friends for some time now but have only recently been linked romantically.") In 2015, Alvarez accompanied Grande as a backup dancer on her Honeymoon Tour — and it was on the tour that their romance quickly blossomed, even coyly kissing onstage in a sweet moment that was captured on video for Arianators all over the world to swoon over.

For Alvarez, it seems like he is living the dream — to be able to make it as a backup dancer is no easy feat, and the dancer is well aware of that. In an Instagram post he shared in June 2014, he reflected on his success as a backup dancer and how he achieved his dream:

So Tuesday; June 18, 2013 I decided to pack my sh*t and sleep in my car in the city of angels. (Los Angeles) No idea of where I'd end up or how long I would last. People said I wouldn't last two weeks (and honestly I didn't think so either) 6 months went by of living off peanut butter sandwiches and showering in the gym daily. Today- I'm in Tokyo, Japan with some of the best people my heart knows, doing what I love. I can't imagine myself being anywhere else. Work hard and love hard. Never give up on what you want in life.

And for the past year, it looks like he's been lucky in romance as well. Alvarez might be Grande's backup dancer on stage, but in the singer's personal life, he certainly shares the spotlight equally.

And in dating her backup dancer, Ariana Grande follows a long line of pop stars before her, like Jennifer Lopez (who married backup dancer Cris Judd), and Britney Spears (who wed backup dancer Kevin Federline). Is marriage is in the cards for these two? Only time will tell...