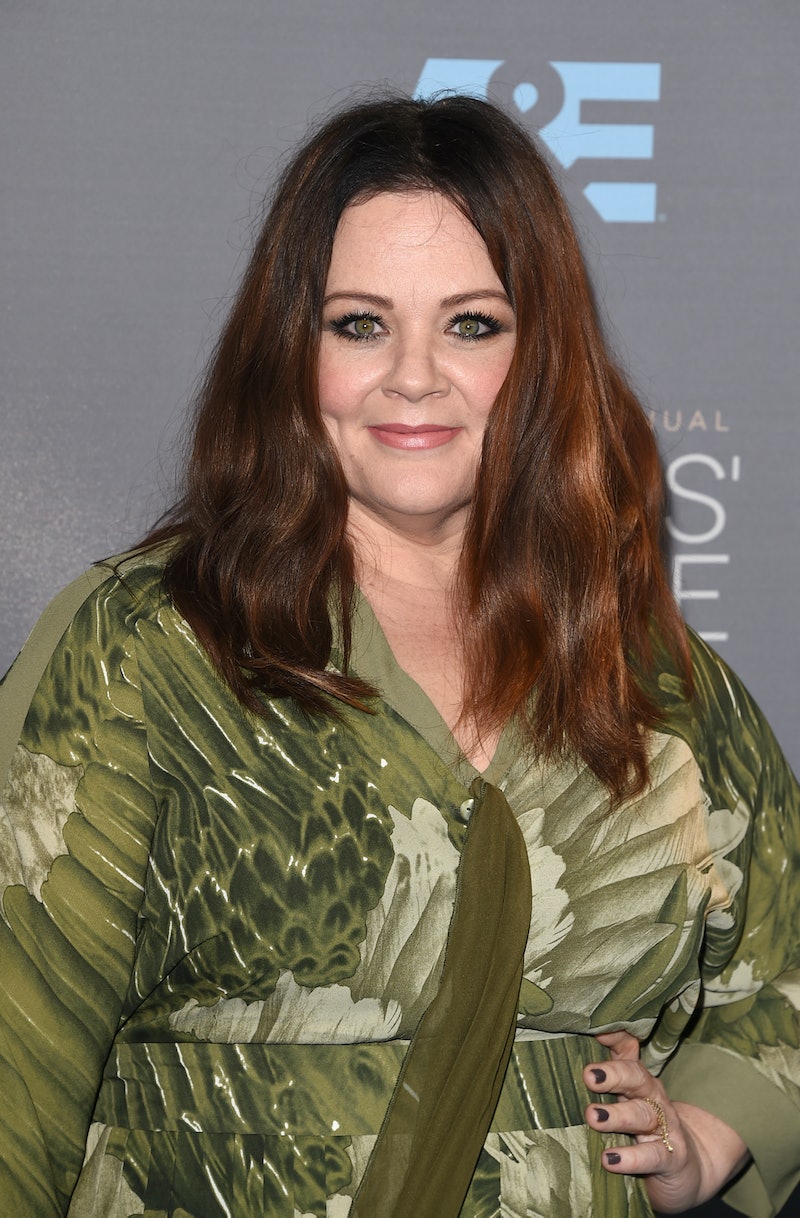 Since it was officially announced, rarely does a minute go by in my day that I am not actively thinking about the Gilmore Girls revival. With a cast that huge, it's nothing short of a miracle that they've managed to put the Netflix series together with most of the original show's stars. But one major piece of the puzzle is missing: Sookie. As beloved as her character was, Melissa McCarthy isn't returning to the show, and she hasn't given us much of a reason for that — until now. In a new interview with E! News, McCarthy finally explained her Gilmore Girls absence, and even though I'm still having a hard time imagining how the reboot is going to come together without her, at least now we have a better idea of why she isn't involved.

And no, it's not because she hates the show now, or even because she hates the cast (which we already know isn't true, since she was recently spotted hanging out with former costar Yanic Truesdale). Nope, it really is as simple as it sounds: She wasn't asked to come back, just as she originally claimed in a tweet about the revival.

"I didn't actually get asked to do it," the 45-year-old star of The Boss said. "But I think they thought I was busy, and then by the time it did come up ... I actually was."

It makes total sense. McCarthy has shot to superstardom since her Gilmore days, so it's entirely possible that in the early stages of planning the revival, the producers assumed that she'd be too busy for it, or that they couldn't afford her on the show's budget. Sad, but it's the sad reality of making TV magic.

But if you're feeling heartbroken about the news, don't be. I have a feeling that not all hope is lost, since the series is still filming and McCarthy is now expressing some serious interest in getting involved, should it last past the four episodes Netflix has already promised us. It might just be a pipe dream, but I (and many others) would probably fall down and die from sheer joy if Gilmore Girls continued to live on for more years to come — especially if it meant we got to see Sookie again. McCarthy said:

I'm actually thrilled that it's happening. I loved that show, and I think the fans for that show are super loyal and great and I will watch every single one of them ... I want to cook again. I want to put salt and then stir. That was seven years of my life and it was really great. I was proud of that show.

Music to my ears! I'm not giving up on the possibility that we'll see Sookie in the series, even if it's just a cameo, until after its been released. And even without McCarthy, Sookie's presence will live on in Gilmore Girls, through Jackson and their kids (who are definitely involved). Maybe she'll be away molding the minds of young chefs in Italy, or so busy in the Dragonfly Inn kitchen that she won't be on screen, but she can definitely still be a part of Lorelai's life without physically being there. After all, that's what iMessage is for!