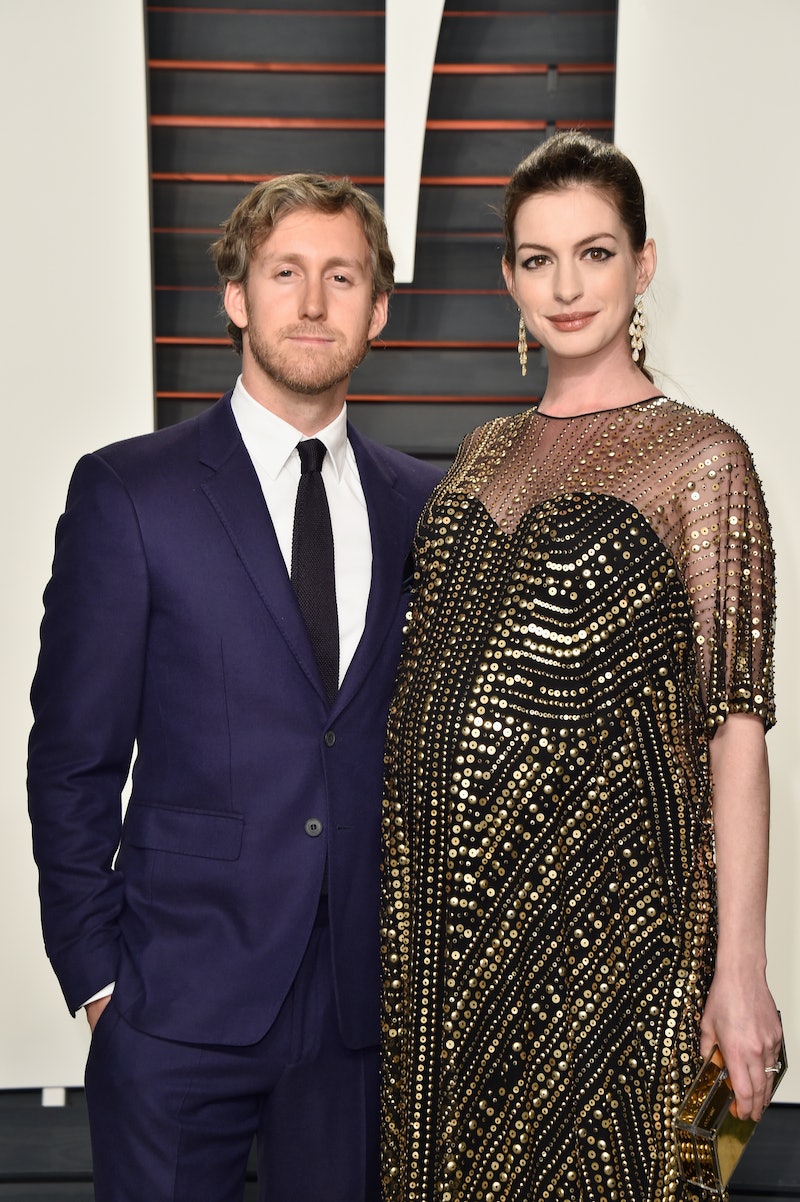 Oh happy day! Baby makes three for Anne Hathaway and husband Adam Shulman, as they welcomed their first child in March, a baby boy named Jonathan Rosebanks Shulman. Though he was welcomed to the world a few weeks ago, Hathaway and Shulman have done a very un-Hollywood thing by laying low and not announcing his arrival to the world for a little bit, which is generally how Hathaway rolls. She's probably one of the least "Hollywood" A-listers out there, so it actually makes sense that she'd pick a traditional name for her baby (sorry, Gwyneth and Kim!). But, why did Hathaway give her son that name? Turns out, the name has a very familial connection to the couple.

According to E! News, Jonathan's middle name pays homage to both sides of his family. "Anne's paternal grandfather was named Roseline, while Adam's mother's maiden name was Banks. To add to the mix, Adam's middle name is also Banks. So they're keeping it in the family," E! reported.

Jonathan is a traditional Hebrew name, which makes sense considering Shulman's own Jewish heritage. And, according to several baby naming sites, Jonathan means "gift from God," which definitely could be how the new parents view their baby boy. But, whatever the meaning, it's a lovely name for the new blessing in their lives, and it seems that many people agree. Fans took to Twitter after Hathaway announced the birth to express praise to the star for choosing a traditional, "normal" name.

Congratulations to Hathaway and Shulman on the new addition to their family!