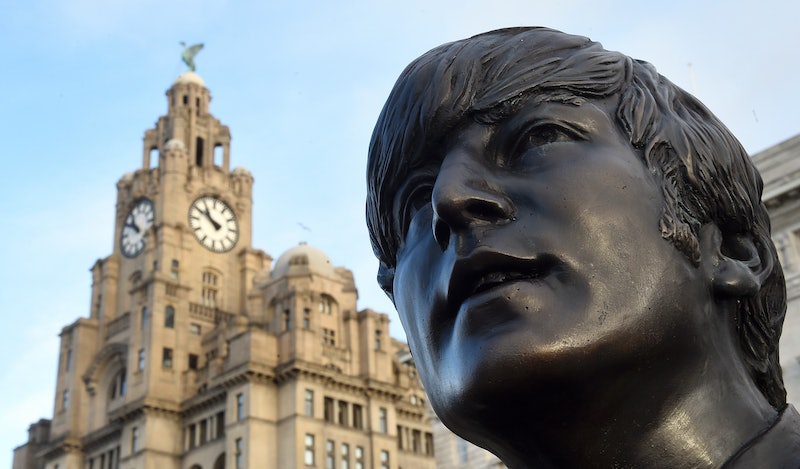 A new picture book from Amnesty International pairs John Lennon's "Imagine" lyrics with illustrations from Peace for Paris doodler Jean Jullien. Imagine follows a young pigeon on his quest to bring peace to all birds. The Guardian reports that "[t]he picture book aims to share more information about the work that Amnesty International do around the world." Part of the sales proceeds go directly to the charity.

"Imagine" entered the annals of pop culture back in 1971. Arguably Lennon's most famous song, it envisions a "brotherhood of man" where national, class-based, and religious divisions were nonexistent. Numerous artists — including Madonna, Elton John, and A Perfect Circle — have covered the song in the 45 years since its initial release. Forrest Gump fans may remember the film's fictional account of the song's creation, in which Forrest's appearance alongside Lennon on The Dick Cavett Show inspires the artist to write "Imagine."

On April 2, an Amnesty International poll revealed that 54 percent of parents believe that reading picture books is a good way to develop a child's empathy. Only 12 and 3 percent, respectively, said the same of watching television and playing video games. The BFG and To Kill a Mockingbird topped parents' lists of books that helped children identify with others. Imagine seems tailor-made to do the same.