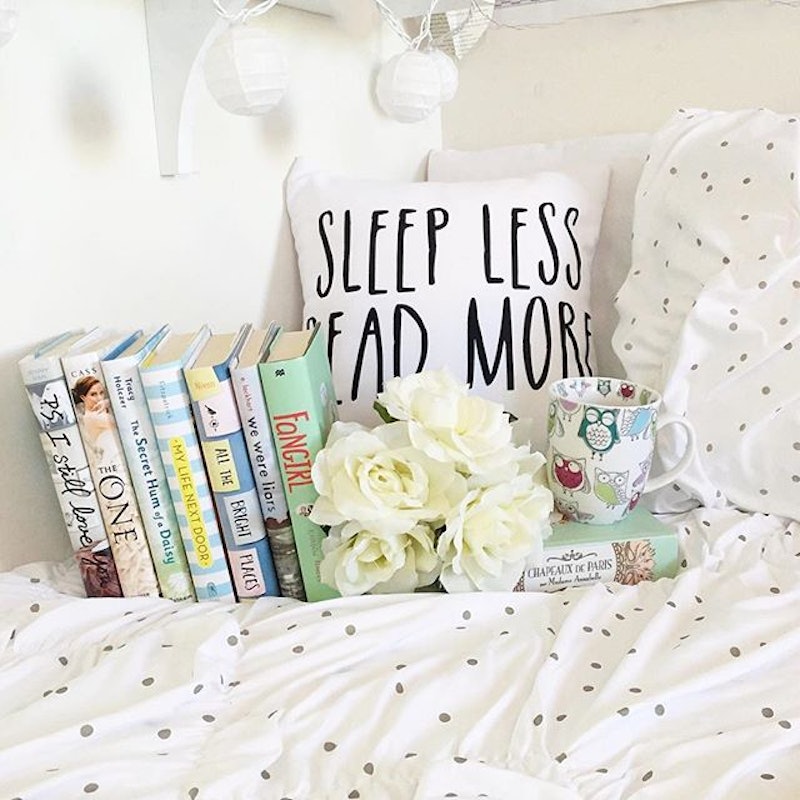 A new Pew Research Center report shows that Millennials read more books than people aged 30 and older. The "report pulls together several years of research into the role of libraries in the lives of Americans and their communities with a special focus on Millennials," a generation that authors Kathryn Zickuhr and Lee Rainie call "a key stakeholder group affecting the future of communities, libraries, book publishers and media makers of all kinds, as well as the tone of the broader culture."

The Pew study finds that people younger than 30 may be further divided into three groups — high schoolers, college-aged Millennials, and adults in their late twenties — each of which has distinct literary preferences and practices.

High schoolers, aged 16-17, are more likely to read than their older peers. They're also more likely to use local libraries for obtaining reading material and recommendations and for research. However, these older teens are less likely to say that libraries have an important impact on their lives.

College-aged Millennials, 18-24, are surprisingly less likely to visit libraries than you'd expect. A September 2013 survey found that only 46 percent of this age group had visited a library within the past year.

Finally, there are the adults in their late twenties, aged 25-29. More than 40 percent of these folks are parents, who, as a whole, report high levels of library usage, and rate library services as important to their lives.

Among people ages 16-29, library use slipped to 50 percent in September 2013, down from 58 percent in November 2012. The largest drop occurred among college-aged Millennials.

Folks, libraries are important. They're our only hope during the zombie apocalypse. Now's the time to familiarize yourself with your local library, its website, and any services it offers. Make sure you write, call, email, and tweet your lawmakers to tell them just how important libraries are. Because, you know...