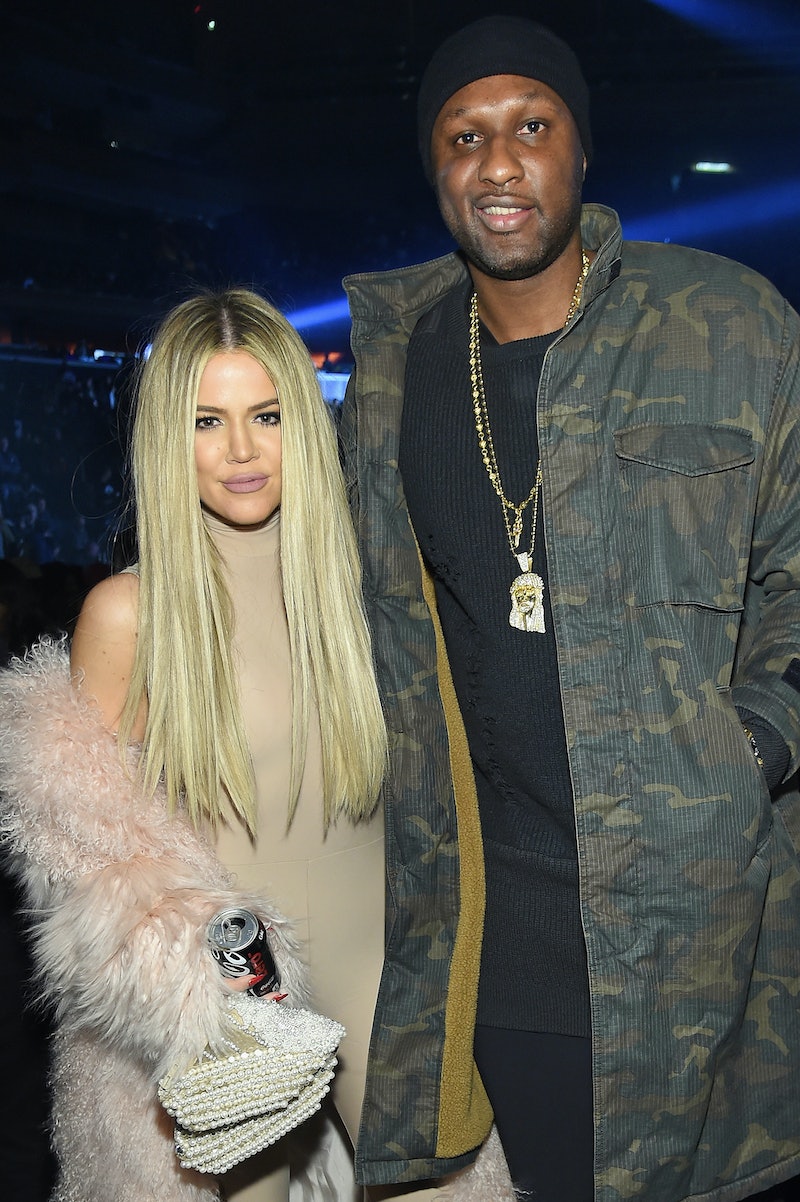 Ever since his hospitalization last fall, Lamar Odom has been on the mend. It's been inspiring to watch his ongoing recovery. Still, just because he's regaining his abilities to walk and go about daily tasks, that doesn't necessarily mean his entire life will go back to how it was before — especially when it comes to his relationship with Khloé Kardashian. On Sunday, Khloé posted a lengthy Instagram about letting go. Sites like Perez Hilton and TMZ are viewing this as a message directed at Odom. If that's the case, it's definitely a heartbreaking, yet insightful read. Here's an excerpt of the reality star's post:

Letting go with love takes great strength. We have to learn to stop taking on peoples problems as if they are our own. Loving people does not mean we have to carry their burdens and confusions on our back. Sadly, You can only express your opinion on a situation. You can't want their life more than they do. This is in fact their life to figure out on their own and in their own time. I do believe in timing. I do believe timing is everything.

She also added, "You can’t force someone to be loyal, kind, understanding. You can’t force someone to be the person you need them to be. Even if it's for their own good!! Sometimes the person you want most is the person you’re best without." The overarching theme of trying to fix something that's broken seems best fitting for Khloé's relationship with Odom. Considering the pair was set to get divorced, it's like they were trying to fix a broken situation by postponing their split.

I can understand why Keeping Up With The Kardashians fans were rooting for these two to get back together. On the show's earlier episodes, the pair seemed so happy together. But as Khloé's post suggests, things change. As she puts it, "some things ARE supposed to happen in your life, but they just are NOT meant to be. Damn... It took me so many years to understand that."

Of course, she doesn't explicitly reference Odom. But what did you expect? Sure, she's outspoken, but it's not like she was going to directly tag him in the image. The fact that she says it took "years" to understand this concept also hints that this is related to Odom, since the pair officially filed for divorce in December 2013.

No matter who this post is about, it's still sad to hear that Khloé is going through such a rough time. But regardless of how upsetting a message it may be, it sounds like a worthwhile realization. Trying to force something to work doesn't do anyone any favors in the long run. Plus, the good news is that she has a huge support system of family members. As usual, I'm sure they'll have her back and help her get through it.