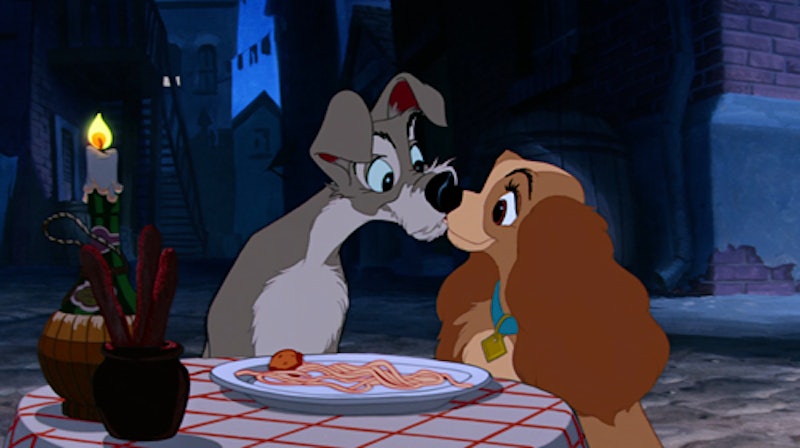 It’s not news that Disney gave generations of kids unrealistic expectations of... well, everything. Whether you thought you’d have perfect Princess hair or that everyone in your poor provincial town would sing about your beauty (or upper-middle class suburban town, whatever) it just isn’t what it looks like in the movies. But that doesn’t keep you from occasionally trying to reenact your favorite Disney film moments.

The thing is, now that there’s a Lion King cam that condones this kind of behavior, we’re even more inspired to channel our Disney favs when nobody’s looking. Or when many people are looking. I guess it depends on how much shame you have, and really, what’s the harm in it? People act out Disney films every day, it’s the very premise of all of the franchise’s theme parks. I guess the only problem is, well, you’re not a trained Disneyland Princess (to my knowledge) trying to make good use of your Yale masters degree in acting. You’re adorable awkward in a Princess Anna way, and that’s being generous, so when you try to bring these moments to life it may go a little catastrophically.

In denial? Let’s recap some of the most iconic Disney moments that we’ve all tried (and failed) to bring to reality.

As a child I'm sure you tried perfecting this many-a-time in the pool, and even today you'll bring out your inner mermaid in the bathtub. The bad news? You've been unable to nail this without pulling something in your neck, never mind the fact that you're still left with all sorts of soggy, stringy hairs in your eyes.

When you've actually been awake at your Tinder Date's apartment for a thousand years but you're trying to look poised and stunning. You can flutter your eyes open all you want, but the whole things ends up more like Bridesmaids than anything. I'm sorry, babe, nobody's going to buy that your lips are a perfect shade of matte red naturally.

Incidentally, this looks like it's going to end up in belly flop territory, and that's exactly what happened last time you tested it out.

4. Eating An Apple With The Dramatic Delay Of Snow White

Like, you only get a 15 minute lunch break at work, and this isn't a two hand procedure.

You've done this more than a few times, mostly drunk, and your reflection shows you looking like a sad, melting clown.

6. The Lady And The Tramp Spaghetti Kiss

One time you forced your ex-boyfriend to try this with you for Instagram, and it was a very adorable way to ruin your white silk shirt... oh, and the relationship.

7. Whenever You Try To Spread Your Wings And Pull A Buzz Lightyear

Quoting the toy spacemen while sky-diving in Mexico was a great move, between all the screaming and all.

8. This Elegant Beauty And The Beast Ballroom Move

Weirdly enough it doesn't go over so well at the clubs.

9. Any And All Times You've Randomly Burst Out Into "Let It Go"

This got you through two polar vortexes, the movie's been out for several years now, it's time to retire the song and the french braid (it just doesn't do any favors for you, what can I say?)

10. Making Like Cinderella And Having Small Animals Help You Get Ready In The Morning

My fire escape is littered with sparrows, morning doves and pigeons, yet those little bastards haven't offered to straighten my hair even once. Awful.

11. Going On A Magic Carpet Ride But With Your Stepdad's Minivan, Just Like Aladdin Would

You and your newest S.O. had to leave the city for a wedding and you insisted on singing "A Whole New World" for the entire seven hour drive, suffice to say that relationship didn't work out either.

12. And Yeah, You've Definitely Lion Kinged and Lifted Up Many Living Creatures To The Heaven

It's kind of why you're not allowed to cat-sit anymore.