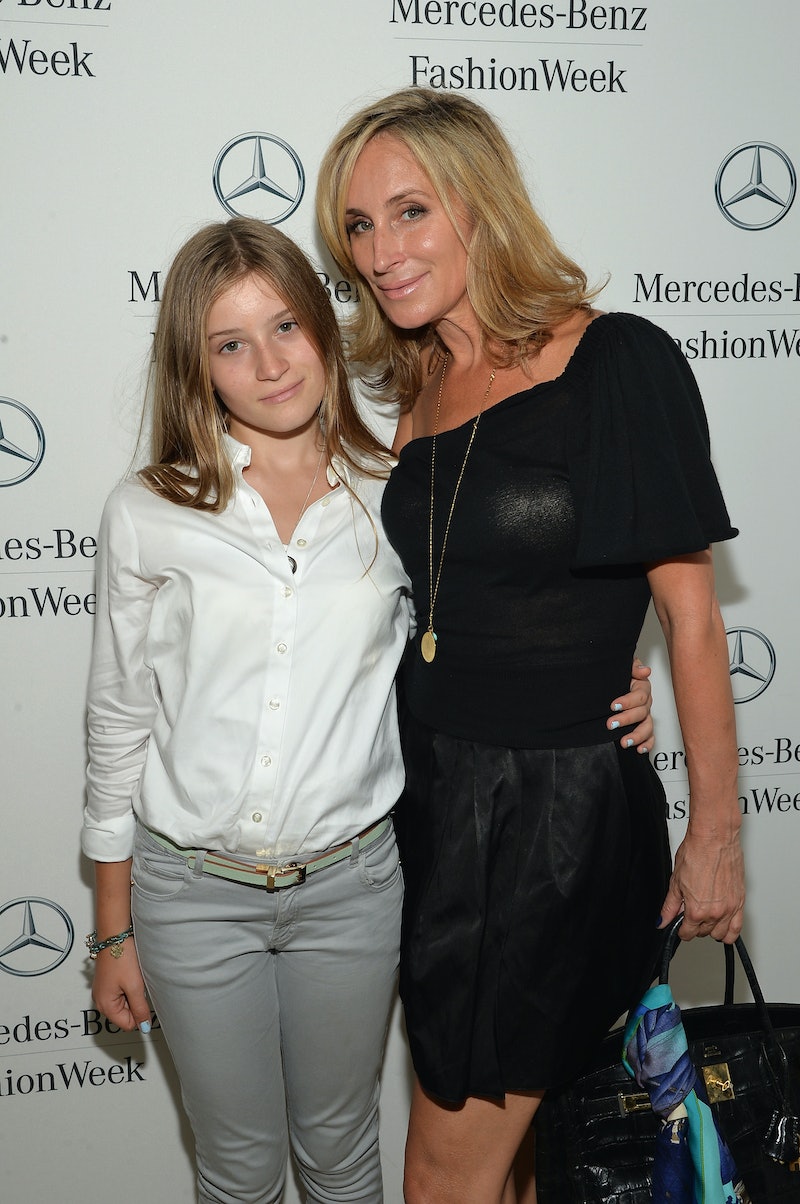 Fans of Bravo's Real Housewives of New York City know all there is to know about Sonja Morgan, especially when it involves her love life, all of her interns, and the fact that she probably has a dentist on retainer. However, there is one part of Sonja's life that she keeps out of the spotlight and that is her daughter. If you think about it, viewers don't know a lot about who Sonja Morgan's daughter is. She rarely talks about her and when she does it's very brief.

First and foremost, Sonja's daughter is named Quincy Adams Morgan, and her father is the "international fashion lifestyle brand" expert's former husband, John Adams Morgan. Quincy is 15 and as RHONY fans witnessed during the Season 8 premiere, she is currently off at boarding school. As Sonja told Bustle about her daughter leaving the house during an interview before the premiere, "I was shocked at how it affected me."

That said, Sonja is beyond proud of her daughter who will turn 16 in October. "I'm very close to my daughter and she's a very high achiever," she gushed to Bustle. "I'm very proud of her, I worry, and I support her 100 percent, because she achieves so well." So much so, it seems like Quincy is following in her mother's fashion footsteps. As you can see below, it looks like she has the creative bug, especially when it comes to her nails.

"She's very much impressed and interested now with the fashion, the jewelry, and the swimwear," Sonja also told Bustle. "That has her attention now. She's very smart, so she's interested in the aspects of the marketing of that." Well, who better to learn from than her own mother who has a her own fashion line called Sonja Morgan New York?

That said, I doubt she'll be following her mother's footsteps when it comes to reality TV. I think it's safe to say she won't be appearing on RHONY anytime soon. As Sonja told Bustle, when Quincy became old enough to watch her mother on Bravo "she lost interest very quickly." I'm going to take a guess and say the drama just isn't for her. Plus, it has to be somewhat strange watching your mother on TV, right? I surely can't imagine it.

Whatever the case, it sure sounds like Quincy has a good head on her shoulders and is working towards a successful career. I don't blame Sonja for being proud of her.