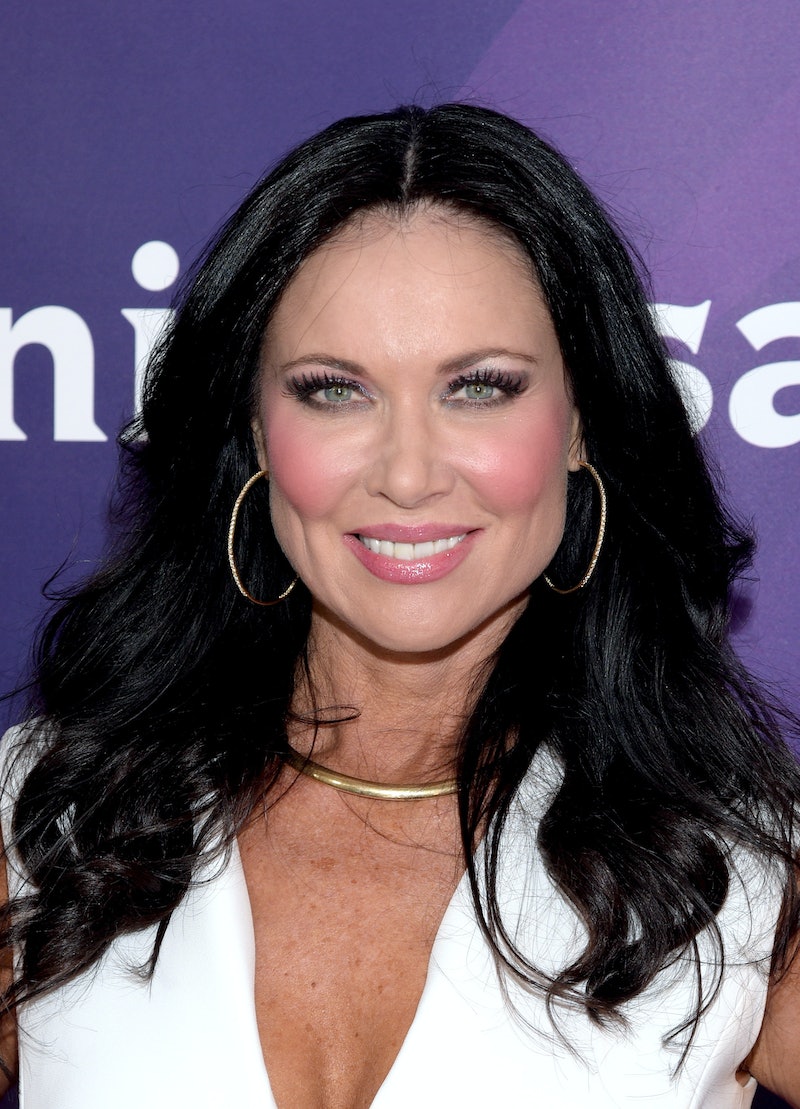 For anyone who is an avid fan of The Real Housewives, tonight is no average Monday. April 11 marks the premiere of the The Real Housewives of Dallas, and, as everyone knows, everything is bigger in Texas — especially the drama. The cast seems to be stocked with its fair share of strong women, including former Dallas Cowboys cheerleader Brandi Redmond, her best friend, Stephanie Hollman, and LeeAnne Locken. Though the latter is not married and therefore, not technically a "Housewife," LeeAnne Locken's boyfriend, Rich Emberlin, gets his own special mention in her bio, and, like his beloved, this man seems to be no stranger to the spotlight.

According to the Dallas Observer, Emberlin was once a star on Dallas SWAT, an A&E show. And, according to his LinkedIn page, he hasworked for the Dallas Police Department in "Criminal Intelligence — Dignitary Protection" for 28 years. His LinkedIn also denotes that he has skills in "firearms," "enforcement," and "surveillance." All good qualities to have in a police officer, for sure. While holding down a job for 28 years is an impressive enough accomplishment in itself (holla, millennial job jumping), Emberlin also has quite the extensive IMDB page, with roles on The First 48 and Trafficked.

Further searching on the internet shows that Emberlin is very dedicated to his career in law enforcement. In an interview with The North Texan, he said has always been interested in public service. “I had wanted to serve in the Air Force,” said Emberlin, but his eye was damaged by a BB gun and ruled out that career option. "So when my cousin with the Houston PD suggested police work, I decided to serve that way," Emberlin revealed to The North Texan. It's a job that's far from dull as, according to the article, Emberlin has "arrested barricaded subjects, executed hazardous warrants, rescued hostages, and protected heads of state, with typical SWAT calls requiring a large amount of protective gear and specialized training and weapons." Not quite the same career path as many of the other Housewives' significant others, but intriguing all the same.

It seems fitting that Emberlin isn't a traditional Real House-husband because Locken doesn't seem like the most typical Real Housewife. Her Bravo bio reveals that she grew up on the "carnival circuit," and her tagline ("I grew up a carnie kid — play games with me and you're gonna pay") supports the theory that her childhood was far from standard. According to her bio, she's a former pageant queen, and LeeAnne now dedicates her life towards charitable giving, including support for "Legacy Counseling, SPCA of Texas, THE FASHIONISTAS, Aids Services Dallas, and the Design Industries Foundation Fighting Aids." Her passion for others seems to be shared by her boyfriend, and all of the work he does, protecting society and keeping her and the rest of Dallas safe. I can't wait to see them both in action Monday night.