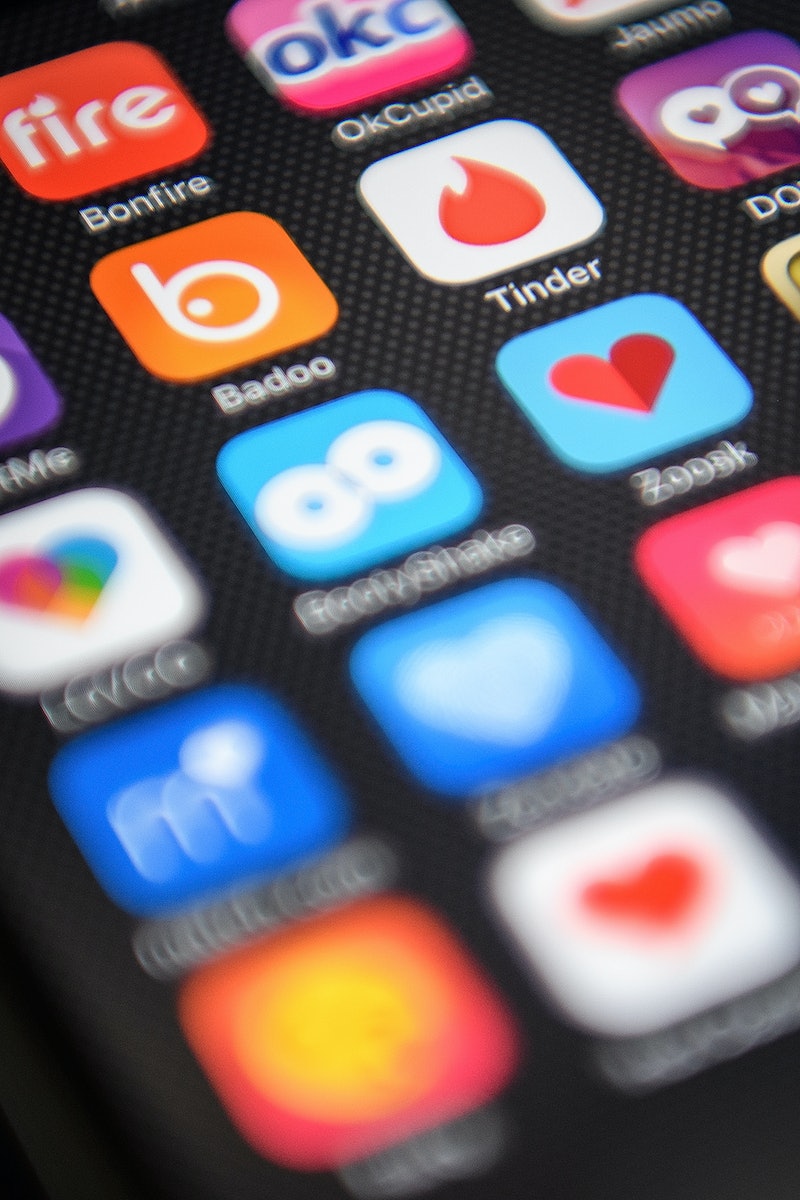 Maybe you've been overwhelmed by the prospect of online dating. Maybe you still attach a negative stigma to meeting your mate online. But with the availability of so many free and easy-to-use apps, and the fact that even super attractive and successful people LIKE OLYMPIC ATHLETES are using them, it's time to consider letting the Internet be your own personal Patti Stanger. But before choosing an app, it’s important to have a strong sense of what you’re looking for, whether it’s dating, hooking up, or eating as many free dinners as possible. If you think you're ready to dip your toes in online dating pool, take this quiz and see which app is right for you.

1. What is your ideal first date?

a) Meeting at a bar on a Friday night. Ideally there is some sort of shot special.

b) Sipping on some tasty craft beers at a cool new biergarten.

c) Eating dinner somewhere casual, with the possibility of drinks after.

d) Grabbing brunch on a Saturday.

2. What's the most important quality in a successful relationship?

3. If you started dating someone you met on a dating app, what would you tell people?

b) We met through mutual friends.

d) We met at Whole Foods, by the pastries.

4. What's your policy regarding sex on the first date?

a) If it feels right, I'll definitely do it.

b) I usually wait until (at least) the second date.

c) I rarely have sex before the third date.

d) If he can get the milk, why would he pay for the cow?

c) I'm more confident in my personality than in my appearance.

6. Are you looking for a relationship?

a) Not particularly. But I'd be okay if one developed organically.

b) Yes. Though I wouldn't say no to a long-term hook-up.

c) I am so ready to start dating.

d) I would love to be in a relationship. But I don't want to rush it.

7. Have you ever received a dick pick?

a) Too many to count.

b) Only when I was dating my ex.

c) No...and I have a weird complex about it.

d) I don't understand the question, and I won't respond to it.

8. Is it important to you that your significant other have a similar level of education?

a) It doesn't really matter to me.

c) It would be a nice bonus.

9. What was your AIM screen-name in middle school?

10. Which of these songs captures the essence of your love life?

d) "Underneath Your Clothes," Shakira.

a) There won't be enough cool people I'm actually interested in meeting up with.

b) I don't want to date anyone who does online dating.

d) I don't want to meet creeps who just want "my cookies," so to speak.

12. Which celebrity break-up broke your heart the most?

a) Khloe Kardashian and Lamar Odom.

b) Miranda Kerr and Orlando Bloom.

d) Brad Pitt and Jennifer Aniston.If you received mostly A's.....You should use TINDER!You're wild, fun, curious, and up-for-anything. You like hooking up, and you're not ashamed. You're looking to have fun and meet some interesting people; you'd be open to dating, but it's not your first priority. You love male attention and creeps don't phase you — you just ignore them. Tinder will allow you to swipe through hundreds of men and have some very interesting encounters. If you received mostly B's.....You should use HINGE!You're skeptical about online dating, but with so many of your friends doing it, you've decided to give it a shot. You're interested in making a real connection, so you're looking for an app where there's some sort of filtering process (and not just anyone can message you.) Ideally, you'd like to meet other professionals; you find success very sexy. Every day, Hinge will present you with a few options, drawing on friends of your Facebook friends, and if you both like each other, you'll be able to message. If you received mostly C's.....You should use OK CUPID!You're super bored and, at times, lonely. You want to start meeting interesting people, exploring what your area has to offer, and maybe, maybe, find a boyfriend or girlfriend. It's important to you to have a good sense of who someone is before meeting up. You're done with one night stands and meeting random people in bars. While OKCupid does not have a filtering process, it has in-depth profiles, so you can peruse the pictures, likes, dislikes, and quirks of potential dates. Plus, OKCupid organizes fun group events, so you can flirt in person before deciding whether to go out with someone one-on-one.If you received mostly D's.....You should use COFFEE MEETS BAGEL!You are ready for a relationship, but you don't want to rush into things. You're looking for a deep, meaningful connection, not random hook-ups. You are slightly intimidated and embarrassed by the idea of online dating, so you'd like to use an app that is relatively private (and one where you won't get hundreds of messages from random people.) Coffee Meets Bagel only gives you one match a day; if you both like each other, you're able to chat and exchange numbers.