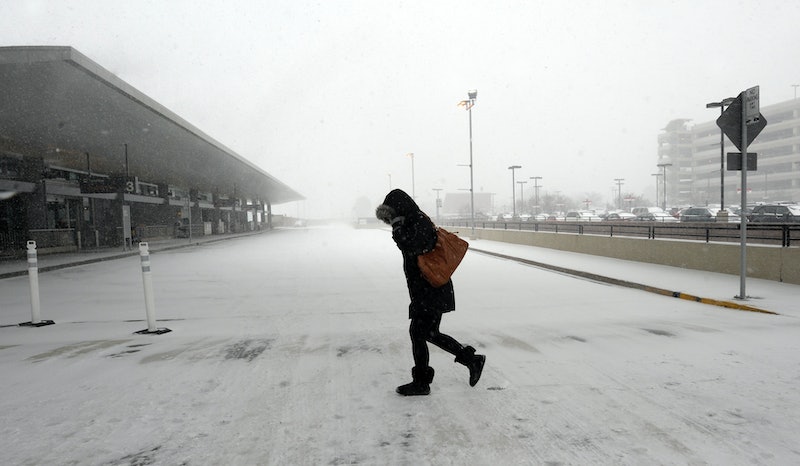 The bitterly cold weather sweeping the Southeast could do even more harm than you expected. A just-released data analysis, authored by Yale Public School of Health professor Dr. Judith H. Lichtman, suggests that low temperatures are correlated with stroke risk. Researchers analyzed data from over 134,510 people over the age of 18 in the U.S. who had been admitted to the hospital from 2009-2010 due to an ischemic stroke — otherwise known as a stroke in which a blood clot obstructs the brain's blood flow.

After that, researchers used data to find out the days' average temperatures and dew points (ie. humidity). With that, they were able to discover trends among the data. Here are the most important correlations they found:

Well, that's exactly what everyone caught up in this long winter wanted to hear.

That said, according to a press release by the American Heart Association, researchers still don't have a firm link between strokes and the weather.

According to the researchers, the more extreme the weather, the more your likely your body will experience a stress reaction, which could then release substances that amplify the the risk of your blood clotting and becoming stickier.

Cold weather also makes blood vessels constrict, while on the other end of the spectrum, humidity can cause dehydration. This raises the risk of blood clots.

One of the study's authors, Dr. Larry Goldstein, has advice for people who already are at cardiovascular risk: "Stay in air conditioning in the summer and stay heated in the winter, so the weather outside affects you less," he told the Associated Press.

So, for now, there's no need for a regular person without cardiovascular risk to completely avoid playing in the snow or at the beach ever again.

For now, you can just continue hibernating from this terrible, terrible snow.