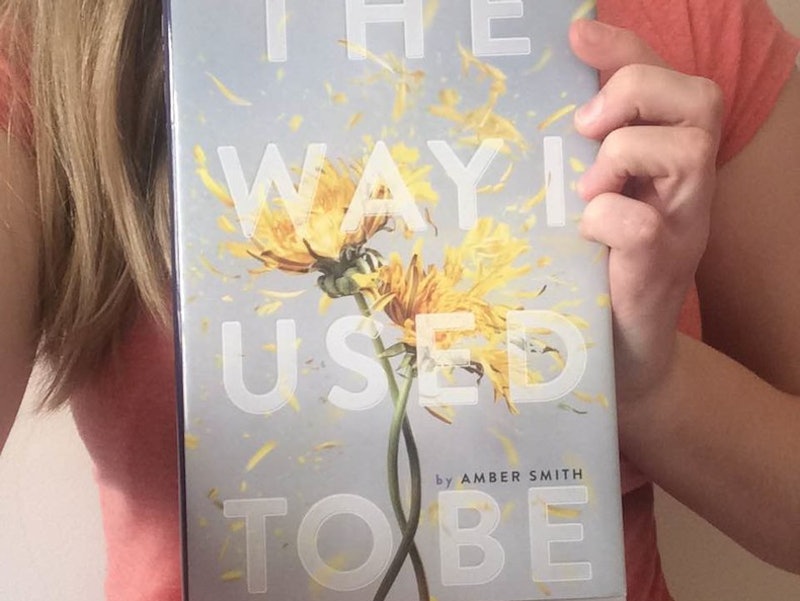 For the last several years, I’ve lied about my first kiss. My second, third, or tenth kiss became my new first. It was like rolling a pair of dice, and no matter how they landed, I’d never have to reveal number one. It became so natural to me that it wasn’t until I was a junior in college, sharing stories of “firsts” with close friends, that the repressed memory came surging forward, sending me into a cold sweat. I suddenly didn’t want to lie, but telling the truth was not an option. Sexual assault, no matter how hard I've tried to laugh it off, never ceases to be a mood killer.

My first kiss wasn’t what Seventeen magazine said it would be: an explosion of fireworks and epiphanies happening under a velvety black sky full of stars. No, it wasn’t what my friends said it would be, either: sloppy, awkward, heart pounding. It was my wrists pinned to dry summer grass, a drunk 20-something guy slithering his tongue into my mouth, forcing my own into his, and his heavy body crushing me into the ground while thousands of strangers roamed footsteps away at an outdoor concert.

Tears streamed down my face, and by the time his drunken body had enough groping and grinding against my body, I curled up into a ball. I wished I could disappear.

I was 14 — the same age as Eden McCrorey in Amber Smith’s debut YA novel, The Way I Used To Be . Eden, the quiet, bespectacled band-geek, has her life flipped upside down the night her brother’s best friend rapes her. Too afraid to tell anyone the truth, Eden tumbles into a downward spiral for the next four years of her life. She doesn't quite know what she wants. She only knows one thing for certain: she doesn't want to feel powerless, and she doesn't want to be the victim anymore.

Watching this confused, hopeless, and frustrated fictional girl battle with this issue created a mirror for myself — and it wasn’t a mirror I enjoyed looking into. It reminded me of the way I used to be before my first experience with sexual assault.

"Watching this confused, hopeless, and frustrated fictional girl battle with this issue created a mirror for myself — and it wasn’t a mirror I enjoyed looking into. It reminded me of the way I used to be before my first experience with sexual assault."

My first kiss wasn’t the last time I’d be sexually assaulted. A year later, I’d wake up after a night of heavy drinking in my bed with a guy I hardly knew, his hands up my shirt. I’d wake up years later on a overnight Megabus to find the man sitting next to me sliding his hand into my sweatpants. For years, I thought I would never be able to enjoy sex: It was too painful; I was too afraid of men. But no matter how hard I tried to bury my experience with sexual assault — lie about it, laugh it off, become someone else because of it — it always smacked me right across the face when I wasn't looking.

In The Way I Used To Be , Eden decides to reinvent herself in an attempt to move on, and I couldn't help but recognize myself in nearly every step she took. She drank and smoked too much, broke laws, picked fights, ended friendships, ignored and embraced the degrading names thrown in her direction, and hooked up with other guys as an escape. And when people began to worry, she shoved them away. She wasn't sure who she was turning into, and neither did I. All either of us cared about at that point was becoming anyone but ourselves.

Shedding skin is an impossible task, but when you're too ashamed to live in your skin, you'll take drastic measures. You want to destroy the girl who allowed this to happen. You want to run in the opposite direction of her, because all you see is shame. You hate the girl who people call a "slut" and a "whore" for something she has no control over. Because it's her fault.

Her fault. Your fault. My fault.

Towards the end of the book, Eden opens up to someone she trusts, and she realizes it wasn't her fault. She's able to come to terms with the idea that her old self isn't the one to blame. Over the last few years, I've learned that I can't be the person I want to be without accepting my past. I have to stop blaming myself for going to that outdoor concert, for riding that Megabus, for acting out, for being a teenager... for being human. I had to conquer quite a few hurdles, but after reading this book and watching Eden open up and let go, I feel as though I could do the same. At the end of the book, she begins to see the world with more love and optimism than hate and fear. Her journey made me want to embrace that innocent and kind-hearted girl I used to be... rather than ignore her, as I have done for so many years.

I know my story is just one of millions, one that I certainly can't directly compare to Eden's or anyone else's. Sexual assault happens to women, men, and children every single day. According to RAINN statistics, every 107 seconds, someone is sexually assaulted. Sixty-eight percent of the crimes go unreported. Nearly half of the victims are under the age of 18. Unfortunately, sexual assault isn’t uncommon, and hating the way you used to be is a common reaction. But that shouldn't be the case, and that's why books like Smith's are beginning to make a difference. Books like these tell difficult stories, show the harsh realities and aftermath of sexual assault, and search out peace in a way that works. I'm tired of blaming the girl I used to be. It wasn't her fault. Instead of shoving her into a closet, pretending she doesn't exist, I'm beginning to see her in a new light.

"I'm tired of blaming the girl I used to be. It wasn't her fault."

When I was 14, I was full of nervous giggles, I cared too much about what others thought, and I was an awkward pile of gangly limbs. The way I used to be shouldn't be shunned for what happened, and neither should the woman I am today. Eden and her story inspired me to remember who I was, who I am, and who I want to become. In the end, they're all the same — they're me, and you are you — and that's something that no man, no one, can ever take away.

The Way I Used To Be by Amber Smith, $7, Amazon