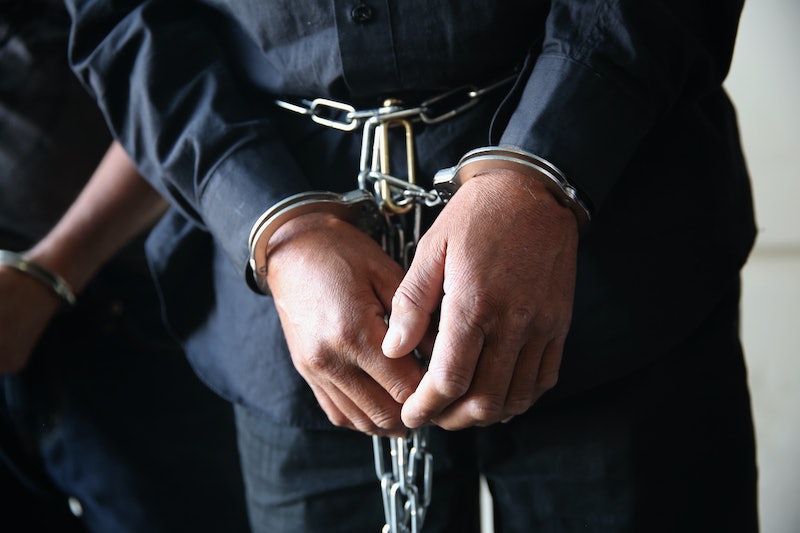 There will be something different about the Maryland Primary on April 26, and it has nothing to do with Hillary Clinton or Donald Trump. For the first time in the state's history, a new group of Maryland adults with criminal convictions will be able to go to the polls and cast their vote. Unlike in previous elections, ex-felons in Maryland will get to vote, even if they are on probation or parole.

As of March 10, an estimated 40,000 Marylanders with felonies on their criminal records were restored their right to vote. Maryland joined 13 other states, plus Washington, D.C., in granting ex-convicts the right to vote once they have served their prison sentence, without a parole or probation requirement. In a place like Sandtown-Winchester, which has the highest incarceration rate in the state, that could make a huge difference. But despite the long struggle to have felons' right to vote restored, it's hard to easily track how many ex-offenders will participate in Maryland's primary election.

Armstead Jones, election director of the Baltimore City Board of Elections, tells Bustle that his office has no way of knowing which voters have felony records and which ones don't. That's because in Maryland, ex-offenders now fill out the same voter registration paperwork as everyone else. “There is nothing identifying them [as ex-offenders],” says Jones.

The Maryland deadline to register one's party affiliation was April 5. When Jones spoke to Bustle on April 7, he reported more than 300,000 active Baltimore voters. He has no estimate for how many of them are ex-offenders who registered in time for the state primary.

When I ask Mary Cramer Wagner, Director of Voting Registration & Petitions at the Maryland State Board of Elections, what would be different for her office this year, her answer is blunt: "Not a darn thing." Even with the inability to track exactly how many ex-offenders are voting, advocates say that restoring their right to vote is a matter of principle. Julie Ebenstein, staff attorney at the Voting Rights Project, an initiative led by the American Civil Liberties Union, tells Bustle that the right to vote is “fundamental in a free society.”

“By excluding citizens from Democratic participation, you are excluding their voice,” she says.

On April 24, 2007, then-governor and future Democratic presidential candidate Martin O'Malley signed legislation to end lifetime disenfranchisement in his state, meaning that ex-convicts who had completed their sentences could vote. According to an article in The Baltimore Sun, advocates said the legislation restored the right to vote to more than 50,000 Marylanders. But it still excluded felons with probation and parole. And current Maryland Gov. Larry Hogan, whose veto of the latest bill was overridden this year, wanted to keep it that way.

In a May 22, 2015 letter to Maryland Speaker of the House Del. Michael E. Busch, Hogan wrote that “persons released from incarceration on parole or mandatory supervision are still serving their time as a debt to society for their actions.” But as Maryland Del. Cory McCray, who represents Baltimore and sponsored the legislation to restore voting rights, said in a Huffington Post interview, “How are you leaving 40,000 people out of the conversation?”

These are the same people who have historically been left out of the conversation in Baltimore. A July 2015 Vice article points out that nearly two-thirds of Maryland adults who can't vote because of a felony conviction are black, and over a third of the state's prison population comes from the city of Baltimore. “Yet, the connection between disenfranchisement, violence, poverty, and brutality are drawn all too infrequently,” wrote Rachel M. Cohen.

Despite Maryland's progress in restoring felons' right to vote, much of the country has yet to do the same. According to The Sentencing Project, an estimated 5.85 million U.S. citizens across the nation cannot vote due to a felony conviction. In Maine and Vermont, felons retain their right to vote and can cast absentee ballots while serving their prison sentence. Yet as the Pocono Record points out, most states are not so forgiving toward felons. In Florida, Iowa, and Kentucky, for instance, ex-offenders must petition the governor in order to regain their right to vote. They may wait years for an answer, only to have their request denied.

Marylander ex-offender Etta Myers wrotes for USA Today how she will be casting her first vote at age 62, after spending 36 years in prison. The Baltimore woman stated that voting day will be especially meaningful because she was wrongly convicted, and she is adamant that her vote matters:

After so long in prison, I want to start living like the rest of society. I long to take part in our democracy and make my voice heard. Voting is a right that gives me the ear of people in power and through that, I have the power to change what I know to be wrong: our country’s enormous problem with mass incarceration, which disproportionately impacts black and brown people.

Charlotte Upright, an ex-offender living in Virginia, spoke to Bustle just weeks before Virginia Gov. Terry McAuliffe granted ex-felons the right to vote on April 22. Still, unlike Maryland, ex-felons must not be on parole or probation. Upright told Bustle that not being allowed to vote makes you feel “like you're not even a citizen.”

“Everybody has their views, and those views need to be represented,” she said. “You should be allowed to have a vote. I don't understand why your vote should be taken away. That doesn't even make sense.”

But ex-offenders cannot make their voice heard unless they vote. And Jones does not think they will in significant numbers, in large part because they're not aware of voting's importance or its availability to them. “Because of the hard-working people who gave them this opportunity, it would be good of them to take advantage of it,” she says. "But a lot of them are engaged in the same old, same old.”

Education may have something to do with it. According to the Pew Research Center, intermittent voters are “somewhat less well educated” than regular voters, and researchers at Northeastern University found that imprisonment is higher among high school dropouts. Still, Jones is optimistic: "I hope all registered voters will come out and exercise their right to vote."