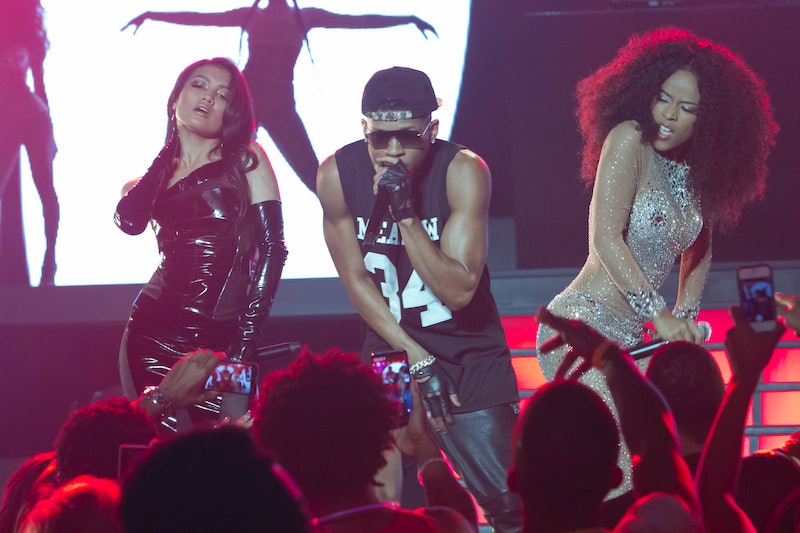 When you're dealing with a show surrounded by so much drama, it's nice to occasionally witness a moment of genuine happiness — one without any underlying agenda. So when Hakeem proposed to Laura on Empire , I was initially kind of thrilled. Not just because this is the first healthy relationship Hakeem has ever been in (which is very true), but also because the Lyon family could really use a little bit of joy right about now. However, after taking some time to think about it, I'm becoming more and more fearful that Hakeem and Laura's engagement is doomed to fail. Why? Because there's the small matter of Anika that the duo will have to eventually deal with.

Let's not forget that Hakeem still doesn't know that Anika is pregnant with his child — a card I'm sure she's going to play in the very near future, especially once she learns of his upcoming nuptials. And while it has yet to be proven that Anika had anything to do with Rhonda getting pushed down the stairs, her involvement also hasn't been disproven either. So if there's a chance she was willing to do something like that to a "friend," there's no telling what terrors she could have in store for the woman who's stolen Hakeem's heart.

Plus, let's be real here. Nobody stays happy on Empire for too long, so this romantic bliss bubble that Hakeem and Laura have been living in lately is bound to burst at some point. Camilla is now out of the picture for good, which leaves Anika's path clear to become the new obstacle for their relationship to overcome. And considering that she's become a bit of wild card these days, anything could happen in quest to secure her place in the Lyon dynasty. Let's just hope that Laura doesn't end up paying the ultimate price to make it happen.