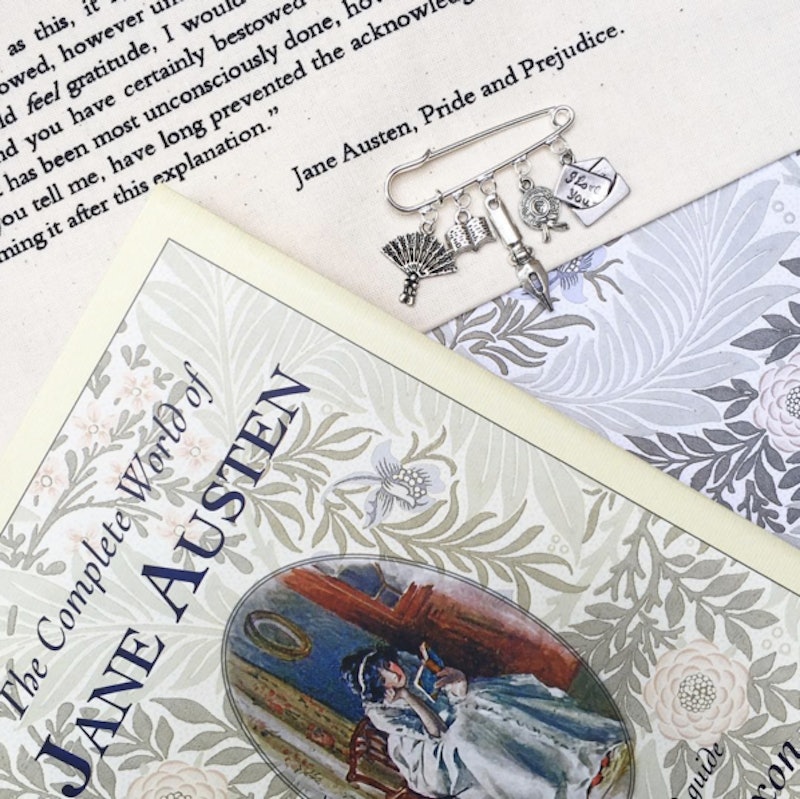 Jane Austen created plenty of relatable and amazing characters in her novels, but for book-lovers, Catherine Morland from Northanger Abbey is probably one of the most identifiable. From her love of novels to her insistence that she truly IS a heroine in a dramatic tale, Catherine’s literary inclinations are probably reminiscent of your own, if you love to read — and if you love to read Jane Austen's particularly sassy prose. I know that I’ve been asked on more than one occasion, “You know you’re not actually in a book, right?” And to that I say… No. No, I don’t know that.

Northanger Abbey , in my opinion, is one of Jane Austen’s more underrated works. Naturally, Janeites love Pride and Prejudice , with its sharp wit and romantic storyline. But Northanger Abbey deserves some love too, because it has a heroine we readers can totally understand. Who hasn’t read an exciting novel, been completely caught up in it, and accidentally accused someone in their life of an evil plot? Personally, I always look behind paintings, because I’m convinced one of these days I’ll find a secret safe or a treasure map. Catherine Morland knows: there’s always a story somewhere.

But in Northanger Abbey, Austen gives us more than just a celebration of fangirls and some awesome ideas for tattoos. She points out the importance of stories, and how reading for pleasure is completely admirable. Basically, this book is a love letter — and satire — of novels, executed flawlessly as only Jane can do. Here are some of the best quotes from this treasured book.

"The person, be it gentleman or lady, who has not pleasure in a good novel, must be intolerably stupid."

"If I could not be persuaded into doing what I thought wrong, I will never be tricked into it."

"I am delighted with the book! I should like to spend my whole life in reading it. I assure you, if it had not been to meet you, I would not have come away from it for all the world."

"Where the heart is really attached, I know very well how little one can be pleased with the attention of any body else."

"Friendship is certainly the finest balm for the pangs of disappointed love."

"From fifteen to seventeen she was in training for a heroine."

"What one means one day, you know, one may not mean the next. Circumstances change, opinions alter."

"Beware how you give your heart."

"There is nothing I would not do for those who are really my friends. I have no notion of loving people by halves, it is not my nature."

"It is so delightful to have an evening now and then to oneself."

"If a rainy morning deprived them of other enjoyments, they were still resolute in meeting in defiance of wet and dirt, and shut themselves up, to read novels together."

"As for admiration, it was always very welcome when it came, but she did not depend on it."

"Woman is fine for her own satisfaction alone."

"Strange things may be generally accounted for if their cause be fairly searched out."

"Wherever you are you should always be contented, but especially at home, because there you must spend the most of your time."

"If adventures will not befall a young lady in her own village, she must seek them abroad."

"Oh! It is only a novel!” replies the young lady, while she lays down her book with affected indifference, or momentary shame. “It is only Cecilia, or Camilla, or Belinda”; or, in short, only some work in which the greatest powers of the mind are displayed, in which the most thorough knowledge of human nature, the happiest delineation of its varieties, the liveliest effusions of wit and humour, are conveyed to the world in the best–chosen language."