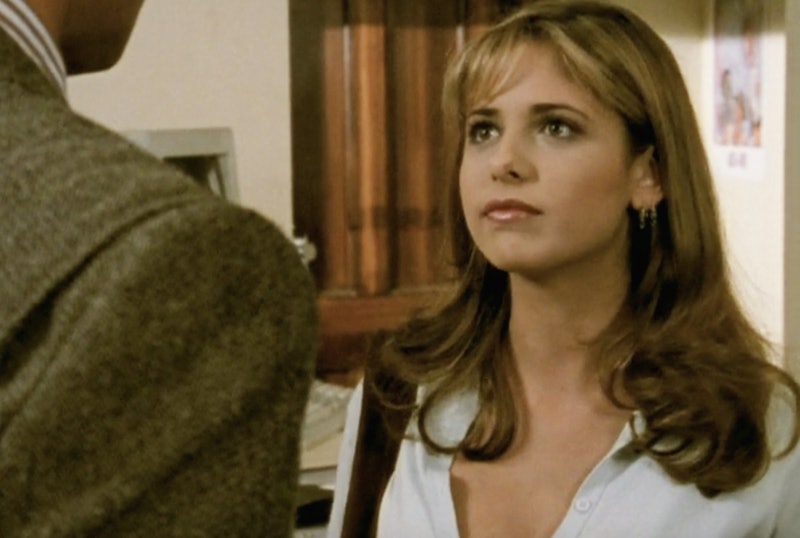 The '90s were a beautiful time of great sitcoms and even better laughter. To tell the truth, I don’t think there was a show on during that decade that I don’t love to watch reruns of. OK, in all honesty, that could have a bit more to do with hindsight being 20/20 and all that jazz, but, nonetheless, there were some great television shows on the air. There were also a lot of solid characters on each show, but, looking back, it seems like we may have given some of the lead characters a little too much grace when it came to their character flaws. Seriously, there were some '90s TV show characters that are the worst even now.

Sure, many through no fault of their own, but some were awful because of some huge character flaws we chose to overlook just because they were the stars. As long as the earth has been spinning, no one likes to hate the stars of TV shows. We root for them and want them to succeed, and it's only when we get older that we realize they were terrible. Like, say, the teen girl who murdered vampires in her spare time, but we overlooked it because she had an adorable name like Buffy. Yes, you see what I mean? The worst. And if you don't see, then you will soon.

This one is a bit more obvious, especially considering he was rarely ever in class, basically dated every girl in his school, and yet still managed to graduate on time. He was the kid everyone wanted to hate, but you just couldn't because he was so darn likable.

On Family Matters, Steve Urkel was the king of disaster. He basically destroyed everything he touched, and was the best example of a dumb nerd. However, you stuck with him because of his heart of gold — even if you did want to jump through the TV and slap him silly sometimes.

He was the worst, mainly because you knew his character, at least in the early seasons, was totally the type to love you and leave you. Had "ghosting" been a thing in the '90s, Mike Seaver would have totally owned it.

Was he or wasn't he the boss? He's the worst because he couldn't handle the fact that a woman was the boss, and she absolutely slayed.

My So Called Life only lasted for a total of one season in the mid-'90s, and it's probably because its main character had just a dash of too much teenage angst. She was the moody girl in the back of the classroom, and no one enjoys spending time with that girl. Even if that girl is played by the marvelous Claire Danes.

I know, I know, Dawson Leery can do no wrong, which is the exact reason why he is all sorts of wrong. Just because it's his creek does not mean he was the best character on that show. He was a little too moody for my liking, and didn't always just go for what he wants, which made him seem very wishy-washy. I'd rather have watched Joey's Creek.

The main thing that I learned from the show The Nanny, is that Fran Drescher should never be one. The dangers of hiring a nanny this bad could lead to some catastrophic consequences for your children. She was a great comedian, but a very impractical nanny.

He was always getting himself and his best friend into serious trouble on Keenan and Kel. Like monumental problems that could only be fixed by ratting himself out and having an adult solve it. It was hilarious, but also not the greatest.

While Kel was always being dragged into Keenan's hair brained scheme, he could have said no at any point and prevented it from happening. So I consider him just as much of the problem. In fact, sometimes Keenan would have gotten away with things had Kel not caused a new problem.

Sabrina Spellman being on this list has absolutely nothing to do with her actual personality, and everything to do with the ways she used her magic. If any normal human girl inherited magic when she was on 16, I'm sure there would have been a lot more exciting things happening. Sabrina took her powers for granted, and let down every high school girl in the '90s as a result.

You can't be too surprised that Buffy the Slayer ended up on this list. I mean, I know she was fighting evil and all, but that doesn't make up for the fact that she spent her spare time battling demons, which resulted in a lot of damage she never had to clean up. The school janitor should have had his own spin-off of all the ways he had to clean up after Buffy.

He was the epitome of the worst. Don't get me wrong; Martin was and is one of my all time favorite '90s shows, and Martin's crazy antics made it that much better, but he was anything but lovable. He was always stirring up some kind of crazy situation for him and his friends.

'90s TV shows will go down in history as some of the best sitcoms ever, I'm sure of it. A lot of it had to do with these characters. Even if, at times, they were the absolute worst, they still gave us some of the best memories. For that, I will be forever grateful.