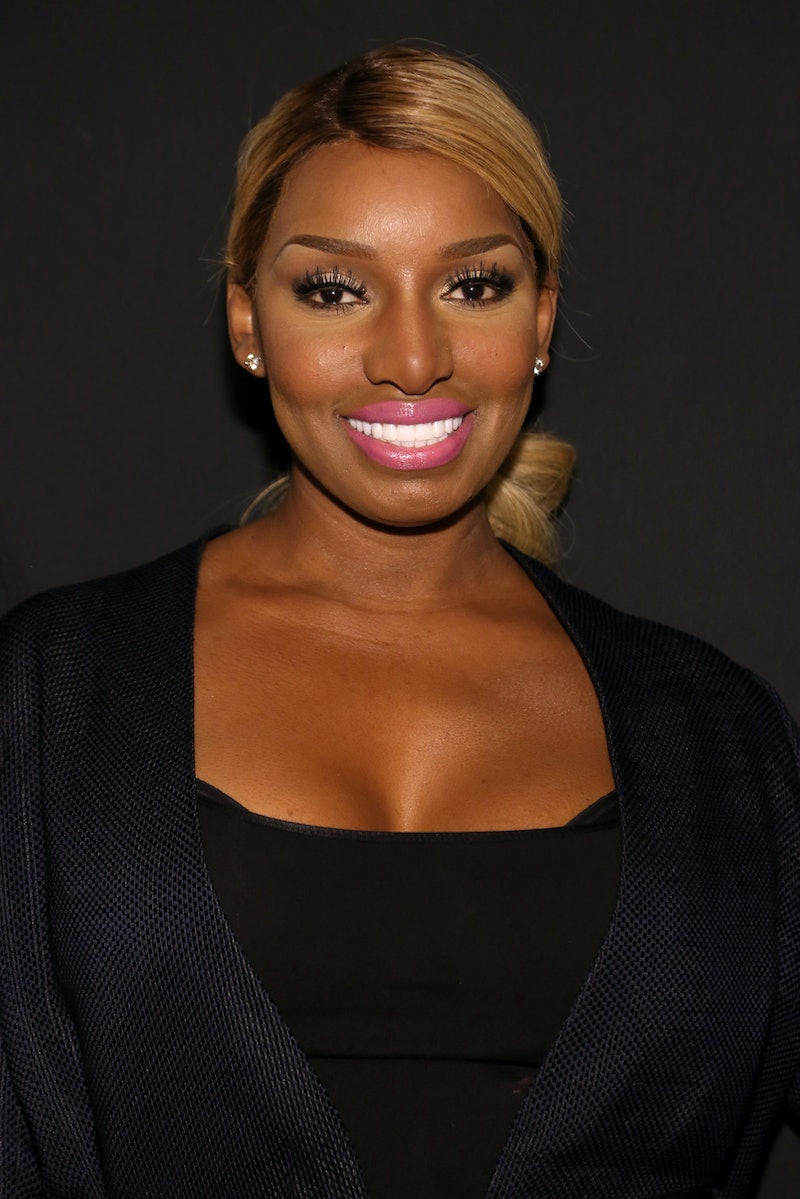 Most of the time, fans tune in to the many iterations of Bravo's Real Housewives franchise for a glimpse into the kinds of lavish lifestyles that most of us regular people will never get to actually have. Plus, who can resist the over-the-top drama and silly moments that the show consistently delivers on?! Like all reality TV, it seems that certain story lines or scenarios are embellished to create big drama, but there are plenty of times where things on the Real Housewives get really, well, real. For instance, the stories of the nine Real Housewives stars below who have publicly faced illness, ranging from Lyme disease to cancer.

Struggling with a health issue is never easy, but it can certainly seem much harder when you've got millions of people following you on TV and on social media, giving their input on a very personal matter. Throw into the mix tabloid rumors about your well-being and it can be even more challenging. These ladies have all spoken publicly about their struggles, proving that even though Real Housewives have plenty of money and extravagant lifestyles, they are human, too, and face serious personal troubles. These Housewives have gone through a lot, and their openness about their struggles should definitely be lauded.

Hadid has been perhaps the most outspoken about her struggle, with Lyme disease, since her diagnosis in early 2012, making it her mission to find a cure for Lyme disease while continuing to focus on her own health. Hadid's illness was the main focus of the sixth season of Real Housewives of Beverly Hills, and she has courted plenty of controversy due to her social media posts on the matter. Hadid also revealed that two of her children, Bella and Anwar, are also struggling with the disease. Still, Hadid remains optimistic that her best days are ahead of her, regardless of whatever her fellow cast members and critics are putting out there about her.

Frankel recently revealed that she was battling a women's health issue, but hasn't explained in detail what she's facing. She told People,

I'm facing a women's health issue that many women can relate to. I'm dealing with it head on and viewers will understand how I personally deal with matters such as this. I hope women can relate, learn and support each other in life moments like this.

The news broke when a trailer for Real Housewives of New York City was released and scenes showed Frankel discussing it with the fellow Housewives, telling them she needed to have surgery and create a living will. Amid reports that she was suffering from cancer, Frankel denied the claims, telling Entertainment Tonight, "I don't have cancer. I don't even like that that word is sort of out there." Whatever Frankel is suffering from, fans are hoping, first and foremost, that she will be OK.

The Real Housewives of Atlanta star revealed on the show in 2013 that she was suffering from uterine fibroids and would have surgery to remove them. In an interview with Radar Online, she said,

I decided I did wanted [sic] to share it with the world because I felt like there is a lot of education in this process that I am going to be going through ... The more information I got about it once I did go to the doctor and really saw the rewards, how good I was going to feel from dealing with it, and how many women actually deal with this condition, I felt it just would be powerful to relay that information out there. Over three or four million people watch our show. And even they love the drama [sic], but I think it’s great when they can actually get some education out of it as well and this is just one of those situations where whether they want to learn about it or not, they’re going to learn something when they watch me go through this process.

Bailey had surgery to remove the fibroids and has been in good health since. She told Wetpaint in late 2013, "I’ve gotten an overwhelming response from people all over the world who are suffering with fibroids who’ve said they were inspired by me putting it out there."

Gunvalson had a definite health scare when she was hospitalized in 2010 with internal bleeding. At the time, the Orange County Housewife underwent surgery and told E! News that the bleeding was caused by ulcers in her colon, and had nothing to do with rumors of a divorce. She said,

It's not due to anxiety. It's not due to a divorce. I'm very sick. I was hemorrhaging. It was very scary. I have internal bleeding in my colon, and they fixed it. I'm not feeling good. They said I'll be OK. It could flare up again, but I'm very healthy and I didn't do anything to cause this. People just get sick. I'm going to be OK.

Though The Real Housewives of Washington D.C. was short-lived, having been cancelled after only one season, Salahi faced plenty of criticism due to her time on the show. Salahi appeared on Fox News in 2010 to reveal that she had been battling multiple sclerosis for 17 years. She said she had kept it a "secret," and explained, "I think a lot of people do with chronic illnesses or any type of disease, whether it's heart [disease] or ... breast cancer, so for me, I kept it personal because I never wanted to be judged, never wanted to have pity, and I certainly wanted to hold on to my job." She revealed her struggle as a way to do "something good to help someone else."

Leakes was hospitalized in 2013 when doctors found blood clots in her lungs. At the time, the RHOA star told E! News,

I'm not 100 percent, but I'm trying to get there. It's been tough, but I've been pretty strong. I'm coming back. It takes about six weeks to really get back to feeling yourself, but I'm on blood thinners now. I would have to say I'm about 80 percent. I'm doing a lot better.

In 2013, People magazine reported that Grammer had undergone a "radical hysterectomy" after being diagnosed with early-stage endometrial cancer. According to a statement her rep shared with People at the time, "The surgery went well and she is expected to make a complete recovery following a significant recuperation period." He added that Grammer "was at elevated risk due to genetic issues," but said, "[Camille] has been diligent about regular checkups and monitoring, which explains that early detection and rapid treatment." In 2015, Grammer told People her cancer was in remission and she was "doing really well."

Marchese has battled breast cancer two times, according to E! News. In 2015, the Real Housewives of New Jersey star successfully underwent a "partial mastectomy to remove cancer from one of her breasts in her second battle with the deadly disease," according to E! Her husband Jim told the site,

The surgery was close to four hours. They removed the tumor and more than 20 millimeters surrounding it. She was in a good deal of pain last night, but she's been resting and she's coming home today. After this, she'll have five weeks of radiation and then another surgery. She's really appreciative of everyone's thoughts and prayers. She'll be back on her feet in a few days. She's going to keep going and keep fighting.

As of early 2016, Marchese was still undergoing treatment for breast cancer, but remains positive, citing her family as a source of strength during her battle.

Since the first season of RHOBH in 2010, Richards has publicly struggled with substance abuse and addiction, and many of her toughest moments have been played out on the show. Richards remains positive that she can lead a healthy life, telling People in 2016, she is "in a very good place." Richards said, "I'm sorry for people I've let down. But my concern is to myself and to my children, first and foremost. I don't beat myself up because it makes it worse. I have to own it and accept it and move on."

These Housewives have all had the added stress of being in the public eye during their illnesses, so it's wonderful to see them using their public platform to raise awareness, letting viewers who may be struggling with the same things that they're not alone. It's definitely admirable in all regards.