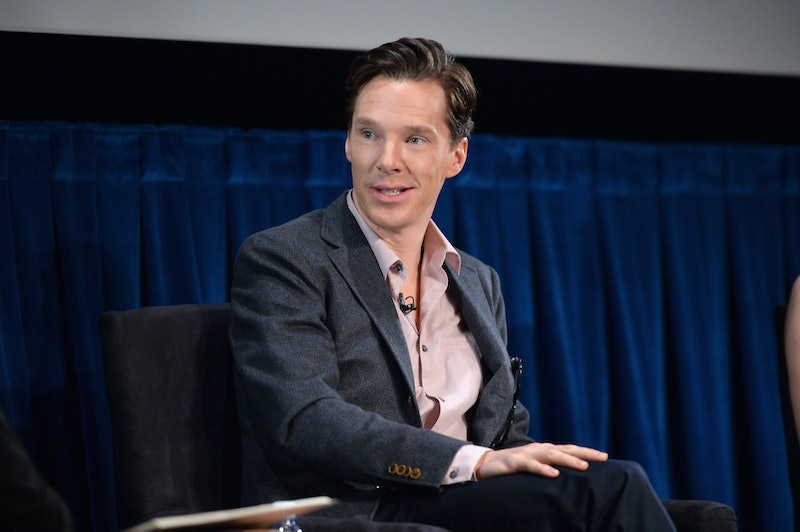 Everyone's favorite British actor just landed an amazing new role. Benedict Cumberbatch will voice the Grinch in a new movie based on Dr. Suess' How The Grinch Stole Christmas. The purveyor of such roles as Sherlock Holmes and Doctor Strange, Cumberbatch has fast become one of the world's most popular actors. The announcement that he'll be taking over from Jim Carrey in this new take on the Grinch is further proof that the Sherlock star is intent on world domination. But is this Benedict Cumberbatch's first voiceover role, or has he done voice acting before?

Cumberbatch was actually the voice of Smaug in The Hobbit movies, a pretty impressive accolade for the Star Trek villain. As well as voicing one of the most famous dragons of all time, Cumberbatch was one of the voices in the animated classic (it's not too soon to call it a classic, right?) Penguins Of Madagascar. He also provided the voices of Severus Snape and the Prime Minister in an episode of The Simpsons back in 2013, and voiced a version of himself in a video game of the series, Family Guy: The Quest For Stuff. However, Benedict Cumberbatch's casting in Dr. Seuss' How The Grinch Stole Christmas marks the actors first lead role in an animated feature film. Pretty exciting stuff for his fans, the hilarious titled Cumberb*tches.

The actor's next big role, due out in November 2016, is as the lead character in Marvel's Doctor Strange. As the lead in a major comic book franchise, Cumberbatch is sure to gain even more fans, if that's even possible. For this reason, casting him as the Grinch is a great move. A classically trained actor with a background in Shakespearean stage performance, Cumberbatch is reaching bigger and bigger audiences than ever before. As the voice of an important character in an animated movie, the Brit will be impossible to avoid, and his talent will reach even more people than it already has.

There's still a long wait before we get to hear Benedict Cumberbatch take on the role of the Grinch, with Dr. Seuss' How The Grinch Stole Christmas not being released until Christmas 2017, but his casting is further proof that the actor is on fleek right now and audiences love him more than ever.