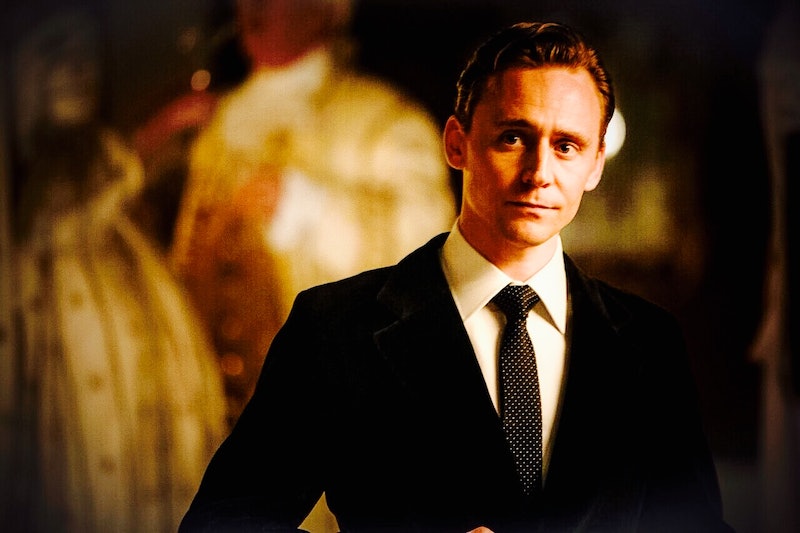 Tom Hiddleston is one of those actors who keeps it classy, caring more about his craft than his fame. He's had a ton of major film roles, yet generally manages to stay out of Hollywood drama and the gossip columns. One exception to this statement is the fact that there's a weird online obsession with Hiddleston's derriere, especially after viewers got a glimpse of his backside in Crimson Peak (and now The Night Manager). And, while this phenomenon may take things a bit too far, it's undeniable that there have been a bunch of seriously sexy roles from Tom Hiddleston over the years.

The British actor's charm shines through in movies even when he's totally immersed in the character, making any film that he's in all the more watchable. Plus, his sheer talent as a performer is inherently sexy, especially when you look at the number of award nominations he's received (among them, the Laurence Oliver Award and BAFTA Rising Star Award). And, finally, he rocks a "This is What A Feminist Looks Like" T-shirt like nobody's business. So it only seems fair to acknowledge Hiddleston's on-screen appeal, too. Here are the sexiest Tom Hiddleston movie roles, ranked from least sexy (as if that exists) to most.

A little creepy and a lot evil, Loki nonetheless had some serious charm. He could use some Vitamin D, though.

This was another creepy role for Hiddleston, but his character looked fine as hell in his tailored suits (and, in some cases, a lot less than that...).

The actor showed off his skills as a performance chameleon by capturing the Southern essence of country music legend Hank Williams in I Saw The Light.

Hiddleston played a kindhearted British cavalryman in World War I who promised to look after Jeremy Irvine's beloved horse. And then he died in battle. And I cried.

This 2011 film is super dramatic, and Hiddleston's role is pure romance, turbulence, and sex.

Hiddleston's performance as Victorian-era Sir Thomas wins, hand down. There are just so many sexy Crimson Peak moments, including but not limited to the now-famous sex scene. Unfortunately, the ending of the movie precludes the possibility of a sequel with Hiddleston. Damn.

Hiddleston's sexiest roles run the gamut from villain to lover to everything in between. Plus, his commitment to his work and versatility as a performer is sexy in and of itself. And those ice-blue eyes don't hurt, either.