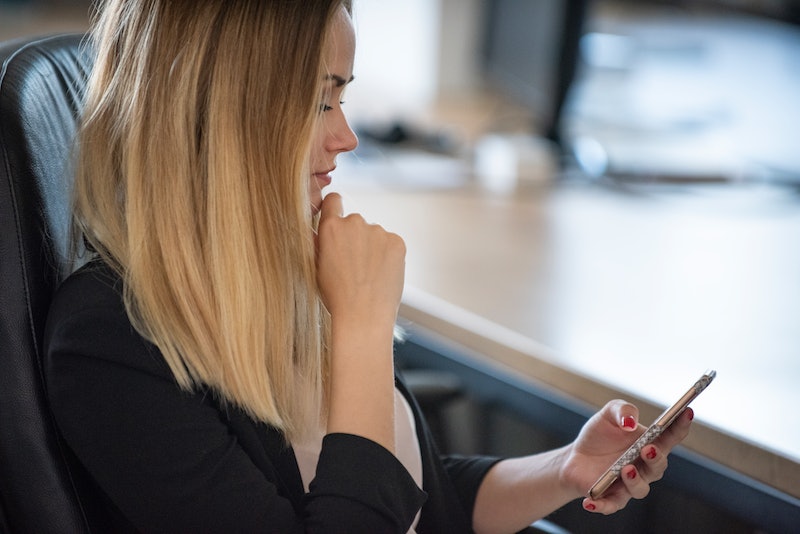 Although feminism has certainly had victories over the past few decades, gender norms are still deeply ingrained in contemporary society — and as a result, everyday forms of sexism remain a major problem for both women and men. Overt, Mad Men-style misogyny may be frowned upon these days, but that doesn't mean gender equality has been reached; rather, sexism simply manifests in more subtle ways (if it even bothers with subtlety). In fact, recent research published in the journal PLOS ONE indicates that something as seemingly innocuous as someone's choice in video games may influence their attitudes toward women.

In the study, participants were divided into three groups: One group played Grand Theft Auto games, which are notorious for violence and sexism; another played the Half Life series, which is known for its violence but little sexism; and the third played puzzle games like virtual pinball, which features neither violence nor sexism. After playing their respective games, participants were shown illustrations depicting an adolescent girl who had been physically abused by an adolescent boy and asked to fill out a questionnaire measuring their attitudes toward masculinity and empathy for the girl in the illustrations.

According to Science Daily, researchers weren't surprised to find that female players' empathy for the female victim was unaffected by their video game assignment; prior research has shown that people are more likely to empathize with someone similar to themselves. However, the results regarding the male participants turned out to be fascinating: Researchers found that the male participants who played a Grand Theft Auto game showed a marked decrease in empathy for the female victim when compared to men who played other video games — even the notably violent (but not sexist) Half Life. This effect was particularly pronounced among men who identified strongly with the protagonists of violent-sexist video games. Furthermore, these men were more likely to agree with traditionally masculine beliefs.

The study doesn't mean sexist video games automatically turn men into misogynistic beasts; it's important to note that the men who demonstrated the least empathy were also the ones who identified most strongly with sexist protagonists. There's no way to tell whether this intersection was the influence of the video game at work or simply the result of being drawn to characters who strongly mirror their own beliefs. However, the experiment does indicate that video game sexism has short-term effects at the very least; researchers pointed out that men who played violent games without any misogyny didn't demonstrate the same lack of empathy.

According to co-author Brad Bushman, this could be the result of the way video games force identification with protagonists. "If you see a movie with a sexist character, there's a certain distance," he said, according to Science Daily. "But in a video game, you are physically linked to the character. ... That can have a real effect on your thoughts, feelings, and behaviors, at least in the short term."

Unfortunately, video games are hardly the only everyday factor affecting or mirroring our attitudes toward women. Let's take a look at four other examples below.

Studies have shown that when women enter male-dominated fields, they're met with all sorts of pushback of both the subtle and blatant varieties. Researchers have found that the biases against women are often the result of two causes: Descriptive bias, which attributes traditionally feminine characteristics to female workers to their detriment, and prescriptive bias, which punishes women for not fitting the perceived feminine ideal. Although you'd think that the subtle forms of sexism would be easiest to deal with, research actually indicates that it's just as harmful as the overt kind.

According to a study published earlier this year, male students consistently rate male peers as more knowledgeable and better-performing than their female classmates, even when they're not. In fact, the study concluded that male students showed 19 times more gender bias than female students, and it's hardly the only study to show that men tend to hold more sexist beliefs. However, women certainly aren't off the hook; internalized sexism is alive and well among ladies.

Considering the video game study discussed above, it's probably to surprise to hear that media consumption can have an enormous effect on your attitudes toward women — even if you are a woman. Extensive research has shown that women who view sexually objectifying media are more likely to self-objectify, and men who are frequently exposed to objectifying content are more likely to hold sexist beliefs.

4. Your Sense Of Entitlement

According to a 2014 study, entitled men and women aren't just annoying; they're also more likely to be sexist. Researchers found that men who hold "entitled" beliefs — that is, those who had an "attitude of unmerited deservingness" — were more likely to hold hostile views of women, and entitled women were more likely to view their own gender as inherently weak. Yikes.

None of this is to say that subtle sexism means someone is a bad person; gender norms are often so internalized that it's impossible to avoid being sexist even when you try. The important part is to recognize when you're buying in to gender norms and mitigate the behavior when you can — at the risk of drawing the ire of the Internet, not even Beyonce is that perfect.

More like this
How To Fight For Reproductive Rights, Based On How Much Time You Have
By Courtney Young
5 Ways To Stand In Solidarity With Women In America From The UK
By Sophie McEvoy
TikTok’s Viral “Rating Game” Is Exposing Everyone’s Icks
By Courtney Young
Why You're Seeing Green Bandanas At Abortion Rights Protests
By Lexi Inks
Get Even More From Bustle — Sign Up For The Newsletter