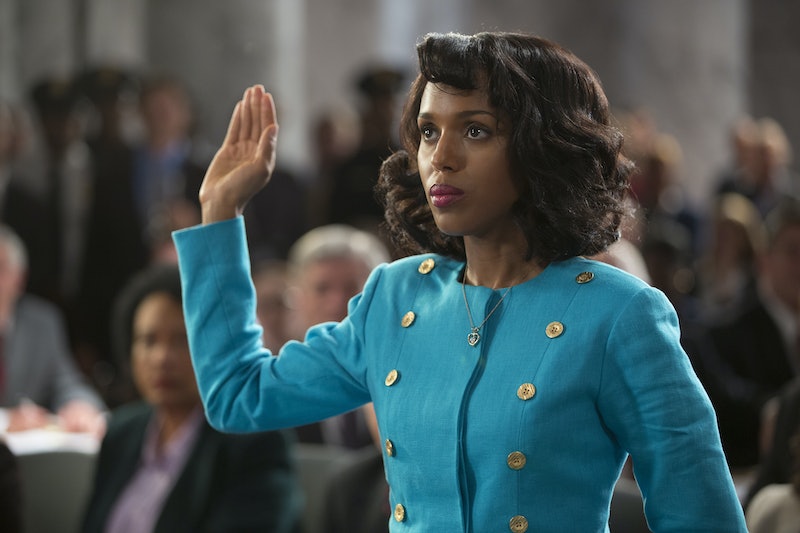 The Clarence Thomas hearings of 1991 changed the cultural conversation about sexual harassment and how women are treated in the workplace. In HBO's Confirmation, you'll see Kerry Washington deliver Anita Hill's testimony alleging that Clarence Thomas had sexually harassed her, which he repeatedly denied. Since the hearings were televised, both Hill and Thomas' testimonies became the products of media obsession and widespread scrutiny. The series is a dramatized recreation of the hearings themselves, as well as the events surrounding them and since it was arguably the most important part of the entire sequence of events surrounding Thomas' appointment, it was vital that Hill's testimony be kept in tact when adapted for Confirmation.

Luckily, it seems not only have Hill's own words carried over to the HBO movie, but that great effort was put in by the writers, director, and Washington to ensure that her performance was as true to the spirit of Hill's testimony as possible. Washington is a skilled actor and likely could've delivered Hill's words with a gravitas and power that isn't present in footage of the testimony itself. Instead, she gives a reserved, focused performance that honors not only Hill's words, but her demeanor. You can watch her real testimony below.

The filmmakers have taken every step possible to re-create all aspects of Hill's part of the hearings and apply them to Washington, even recreating her now-iconic turquoise outfit. Washington's posture and physical movements also mirror Hill's, who spent a great deal of the testimony regularly leaning forward in her chair and looking back and forth from her testimony to the Senate Judiciary Committee. Washington's portrayal of Hill's spoken testimony is evocative as well — Hill does not succumb to emotion, despite the difficulty of sharing these stories with such a large audience.

At one point in the film, two people watching the testimony ask themselves if Hill isn't being emotional enough, before coming to the conclusion that if she was being more emotional, then people would criticize her for being overly emotional. There was no way for Hill to win and Washington expertly portrays her difficult position.

Thomas may have been appointed to Supreme Justice despite Hill's allegations, but her words stand as an example of how strong someone has to be to speak out against someone in a position of power. In honoring Hill's testimony by recreating it as accurately as possible, Confirmation will serve as yet another example of her hugely important, lasting legacy.