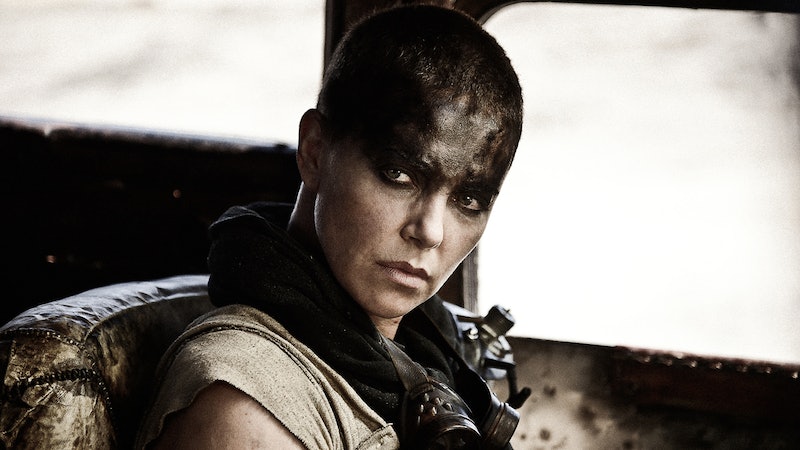 Sometimes a movie is so good that you don't want them to make any sequels, lest they risk ruining the perfection of what came before. Conversely, sometimes a movie is so good that you need a sequel NOW. Such was the case with last summer's Mad Max: Fury Road , which not only revitalized a franchise that had been mothballed for three decades, but also became arguably the most acclaimed film of the year, taking home more trophies than any other film at the 2016 Oscars. So when do we get the next movie? That question may remain unanswered for now, but we know at least one thing: Charlize Theron wants a Mad Max: Fury Road sequel as much as we do, according to an interview with MTV.

The Oscar-winning actress crafted perhaps the most iconic female action character since Ripley in Alien with Fury Road's Imperator Furiosa, a badass warrior who actually ended up saving the title character more often than the reverse. It's literally impossible to imagine the franchise continuing without including its most valuable new asset… which is why it was great to hear Theron tell MTV, "I would love to bring her back to life! Are you kidding? I can see how people are kind of responding to her. I look at my little girl and I’m like, 'Yeah, I’d love to play this woman again.'"

While we await official word on casting and release dates, here are a handful of ideas on what the Fury Road sequel could be about.

Fury Road ended with Furiosa killing the tyrannical Immortan Joe and returning triumphantly to his Citadel, which she claimed as her own, opening the floodgates to the thirsty citizens and promising a new, more hopeful chapter in their post-apocalyptic lives. The most direct follow-up to this would be: What happens next? Surely someone in possession of so much water — a highly valuable resource — would come under attack from jealous outside forces sooner or later. Then Max could get word of the siege and drive like hell to help his new friend defeat the forces of evil once again.

2. Furiosa On The Road

At one point, the working title for the Fury Road sequel was rumored to be The Wasteland — although it's unclear whether that will end up being the film's actual subtitle or not. But it makes sense. The Mad Max films are all road movies; confining the sequel to one location (a fortress under siege) would limit the action in a way that goes against what the franchise has been about for over 30 years. So maybe the sequel will pick up a few years later, when the wells beneath the Citadel have suddenly run dry, so Furiosa and her cohorts have to strike into the Wasteland once again in search of a new home, meeting back up with Max along the way.

3. Furiosa To The Rescue

Fury Road was such a progressive movie that having Max ride to Furiosa's rescue honestly feels kind of backwards. What if, instead of Max hearing about an attack on the Citadel, it's Furiosa that hears about some trouble that Max has gotten into? Then she would have to leave the safety of her resource-rich fortress behind to find her former road trip buddy and save him from the clutches of some dastardly villain or other.

4. Furiosa From The Beginning

Then again, does the next entry in the franchise even need its titular character at all? He debatably played second fiddle to Furiosa in Fury Road anyway — would audiences pay to see a Mad Max movie without Mad Max? Perhaps the sequel could actually go the prequel route, exploring Furiosa's history with the Vuvalini (the badass biker gang) and how she came to be in service to a tyrant like Immortan Joe, ending with her climactic decision to betray him and help his wives escape the Citadel. Miller already hinted to Entertainment Weekly that this is the direction the next film could take, saying that "[Furiosa's] backstory is really interesting. We only allude to it in this movie because this movie is on the run; people don’t have much time for recreational talk."

Maybe the next movie will give Miller the time he needs to tell that backstory — with or without Max Rockatansky.