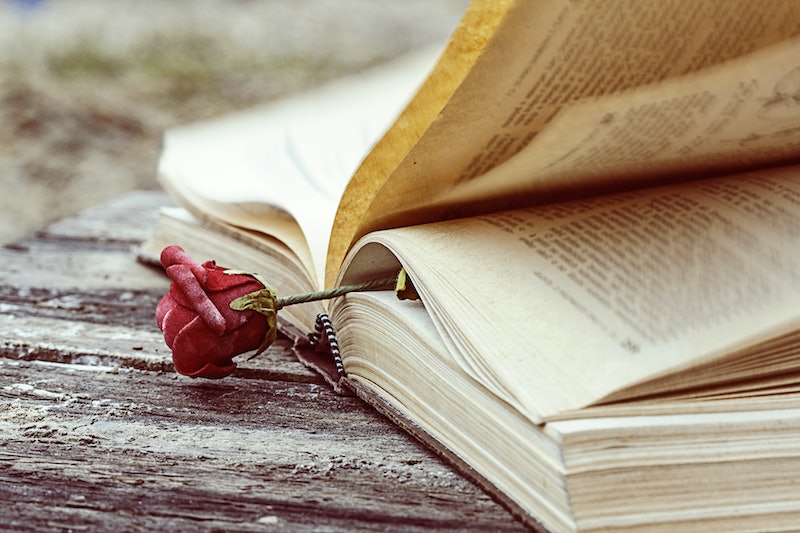 I’ve said it before, and I’ll say it again: I love a steamy, well-written romance novel. Romance novels are the literary equivalent of potato chips to me; they’re easy to open, I enjoy them more than I should, and I can’t ever stop at just one. You don’t have to be an avid reader of romance novels to appreciate the genre. In fact, there are so many sub-genres within romance that everyone can find something they love. Personally, I think there’s something feminist about openly enjoying romance novels. It’s totally feminist to admit you enjoy sex, and I’ve never cared one way or another about the perceived “girliness” of romance novels. Good. Let them be girly. I'm a girl, after all.

However, not every romance novel trope can be described as feminist. Romance novels can be formulaic, and from that formula springs a plethora of tropes: arranged marriages, devilish rakes, heiresses in disguise, enemies-turned-lovers, childhood sweetheart reunions, and more. But while some tropes can be really sexy and a lot of fun, others can be downright harmful. In fact, these five tropes perpetuate some pretty sexist ideas. Take a look, and tell me what you think.

50 Shades of Gray. Beautiful Disaster. My own personal white whale, After . What do all of these books have in common? They possess an incredibly jealous and aggressive male love interest. These books imply that if your man doesn't attempt to control every aspect of your life, then he isn't truly your man. It's terrifying. Yet, we are fed this idea over and over again and told that it's romantic.

In The Notebook, Noah first gets Allie to accept going on a date with him by threatening to throw himself off of a Ferris Wheel if she says no. That's supposed to be romantic? In Twilight, Edward Cullen breaks Bella's car engine so that she can't visit her male friend. That's supposed to make me swoon? I worry that romanticizing the jealous lover is going to not only normalize the behavior, but actually encourage younger women to look for it.

There seems to be a flux of female main characters that are not only virgins, but virgins who can't even seem to locate their vaginas on a map. Regency romances are notorious for this trop, but that often makes sense given the time period in which they are set. Sure, I absolutely love reading about virginal heiresses throwing caution to the wind and taking an experienced rake to their bed, but my skin crawls when I read all of these modern heroines losing their virginity to men who have been around the block before. Why is that, you may ask? Well, it's how it's presented. Usually these virginal regency heiresses know what they want, and they aren't afraid to fly in the face of society in order to get it. Some of my favorite romance novels are about women who decide to love despite the consequences on their reputation. They have a choice. They have agency.

I don't see that in Anastasia Steele or Bella Swan. These virgins have absolutely no idea what sex even means, but they find themselves utterly beholden to these men who get their engines running. In one scene from 50 Shades of Grey, Anastasia says that she doesn't feel like she has a choice about entering into a BDSM relationship with Christian Grey. She just doesn't want to say no because the sex with him is so good and she doesn't think she could ever find anyone like him again. This attitude is especially terrifying when coupled with Christian Grey's aggressive behavior and tendency to fetishize the fact that he was the one who took her virginity. Women shouldn't be territory to conquer.

This trope is a bit of a throwback to the days of the Bodice Ripper. Back in the '70s, rape was used in romance novels as a way to give the heroine what she truly wants without her having to ask for it. This trope is sexist for so many reasons: it paints the male love interest as an animal who can't help himself in the presence of a woman, and it implies that women can't openly want sex. There's a lot going on here, and none of it is good.

4. The Damsel In Distress

During my short tenure as a romance novel ghostwriter, I sometimes worked from an outline. I noticed that the climax almost always relied upon the idea that the heroine would do something to put everything in jeopardy, thus prompting the hero to save her. This happens a lot in paranormal romance, especially if the heroine is "normal" and the hero is supernatural. I understand that this taps into the delightfully sweeping fantasy of a knight in shining armor, but it's positively skin crawling. While this trope seems to be dying in favor of stronger romance characters, I'm looking forward to a time when the gal saving the guy isn't perceived as a "surprising" twist.

My actual favorite character from The Notebook was Lon, Allie's unfortunate fiancé. Sure, he was handsome and rich. But I liked him because he made Allie laugh. He genuinely cared about her. He was a nice guy. He went out of his way to support her no matter what she wanted. It made Allie's decision to dump him for Noah especially heartbreaking.

I don't think I've ever read a romance novel with a female romantic rival that was nice. Take Something Borrowed, for example. In that novel, it's almost OK that Rachel stole her best friend fiancé... because her best friend, Darcy, was a terrible person.

As women, we need to root for each other and raise each other up. It's OK for the male romantic lead to be dating a decent human being. It doesn't make the love between him and the female lead any less true. Women are constantly pitted against each other in this world — and we don't need more of that, right?

More like this
The Most Anticipated Books Of August 2022
By K.W. Colyard
We’ve All Had Bad Sex. Nona Willis Aronowitz Is Talking About It.
By Sophia Benoit
10 Must-Read New Books Out This Week
By K.W. Colyard
The Biggest Differences Between 'Bullet Train' & The Book It’s Based On
By Arya Roshanian
Get Even More From Bustle — Sign Up For The Newsletter