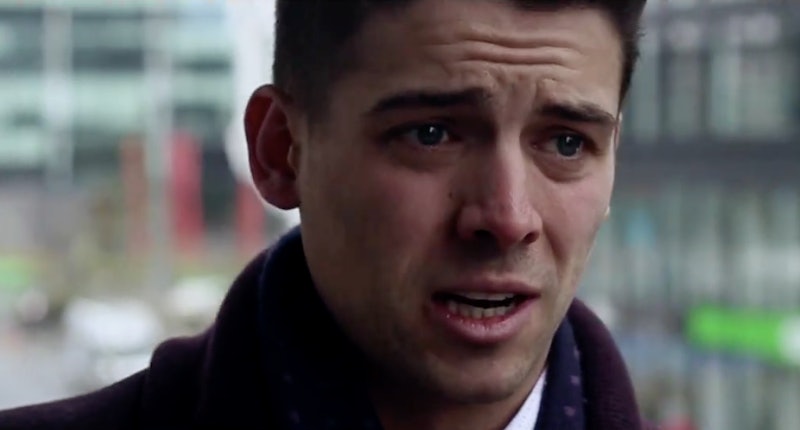 An estimated 350 million people around the world suffer from depression, according to the World Heath Organization. And although this number is staggering compared to the population as a whole, the issue is still so stigmatized that people very rarely talk about it, afraid of judgment and negative consequences. This is the very issue that Doug Leddin faced head-on when posting a video about his struggle with depression on Facebook, in hopes that it would inspire others to feel more comfortable to get the help they need and deserve.

The 27-year-old resident of Dublin has suffered from depression for 10 years, according to his heartfelt post on Facebook, but has not even felt comfortable telling his closest friends. He addresses the loneliness and isolation he felt during this time, and encourages any other people with depression not to feel as if they have to keep it to themselves, either. He says in the video that if it inspires five, even 10 people to come forward and open up about their depression, that it will have been worth it to him to open up so publicly about his own struggle. In the post he also lists resources and agencies people can reach out to, if they are still uncomfortable speaking with loved ones.

Leddin's encouragement isn't just supported by his own experience, but from scientifically-backed research. A study conducted by the Centre for Addiction and Mental Health (CAMH) found a link between depression and brain inflammation, and found that the subjects who opened up to their loved ones about depression experienced a 30 percent reduction in inflammation. Furthermore, for those who may be worried by the "financial burden" of depression — a study from the World Health Organization that came out just this week found that properly treating depression and anxiety is, in the long-term, less costly than letting it go unattended. In fact, every dollar spent on care for mental health allows for another $4.82 in better health and work ability.

But Leddin also stresses that sharing won't just help you personally, but help us all as a whole remove the stigma from depression by opening a dialogue and normalizing conversation about it. The more normalized talking about depression is in our culture, the most people will feel comfortable coming forward — and the ability to do that is the first essential step in properly treating depression. Seeing as Lidden's posts has already racked up thousands of likes and shares, he is just one more person making huge strides toward that reality.