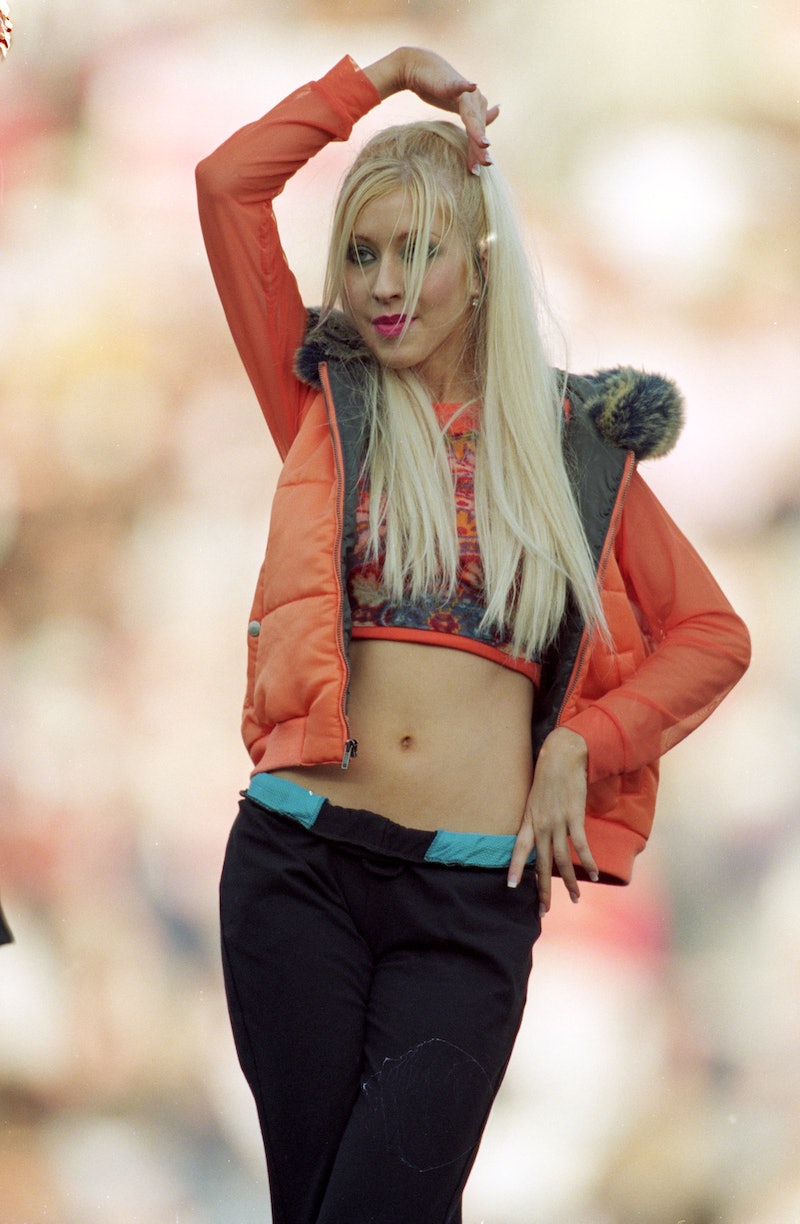 Take a quick moment and try to remember what you looked like in the great year of 1999, on the eve of Y2K. I was in middle school and my style was definitely in its years of refinement. Essentially, I had no idea what my style was, except that I wanted it to be edgy and unique, but I just had no way of going about it. There were puka shell necklaces, Converse with that "S symbol" written on them, ill-fitting jeans, the whole works. The late '90s were a strange time, and looking back at films and photos, it was a strange time for the entertainment world, too. To make myself feel better about my fashion faux pas, here are what 34 celebrities looked like in 1999 as both a hilarious and sweet reminder of simpler times.

One vivid memory I have from this time was doing a choreographed dance to Prince's "1999" during our lunch hour to celebrate the impending ~new age~. It was a hilariously weird and bad dance, and my friends and I wore some tragic matching outfits, which were totally on trend at the time. I have a strong feeling that glitter eyeshadow and some sort of lace-up jeans were involved, because that's what the pop stars wore and so that's what I needed to do, too.

To remind you of exactly how awful, yet amazing, pop stars' and other entertainers' style was back then, here are what some of the top celebrities looked like in 1999.

Katie Holmes was the television darling and quintessential "girl next door" with her big doe eyes and sideways smile. I still love you, Joey Potter!

Hewitt might be the undisputed queen of the '90s for her roles in some of the best movies of our young lives. I am talking about Can't Hardly Wait, Party of Five and, of course, I Know What You Did Last Summer. She was also queen of the crop top during this time.

Brad Pitt was fresh off his iconic role as Tyler Durden in Fight Club, and I honestly don't think he will ever look as good as he did in that era. Jennifer Aniston was a lucky lady.

Pop stars were dealt a very rough hand when it came to fashion at the turn of the decade. It seems like everyone forgot about "less is more" and went for more is...more.

Umm, Miley Cyrus was only seven years old in 1999 so suddenly I feel very, very old.

It's comforting to know that even Beyoncé couldn't escape the lure of chunky blonde highlights.

I will never forgive the person that decided those tiny, colored lens sunglasses were acceptable. I had a pair in pink with a bejeweled heart on each corner so I definitely thought I was cool enough for JT.

No one was as iconic as Britney Spears in the late '90s. Her Rolling Stone cover is one of the most memorable of all time.

The most mind boggling thing about Jared Leto is not how gorgeous he is, it's that he looks exactly the same as he did in 1999. Literally, how?

This was Leo during The Beach era.

The hair clips and the super strappy shoes are bringing back a lot of memories.

This was back when this was a thing.

If you tell me you didn't think Ryan Phillippe was the hottest man on Earth in 1999, I won't believe you.

Buffy was one of the hottest actors in the game in the '90s, and she rocked that heavy highlight look just like the rest of us.

She was still in her prime goth phase and was Hollywood's bad girl for a long time... way before she married Brad Pitt and became a momma.

I was obsessed with The Talented Mr. Ripley when it came out. There was just so much eye candy and Jude Law was king.

Yep, her hair is still just as magnificent.

This kind of look is coming back these days and that bedazzled Coke can was ahead of its time.

Ava Phillipe, is that you? I am convinced they got to cloning before anyone else because Reese Witherspoon and Ryan Phillipe's daughter looks exactly like her momma in 1999.

He has barely aged, to be honest.

Look at these #90sSquadGoals. Everyone looks pretty much the same, but Richie's tank top gives 1999 away.

Here is a friendly reminder that baby faced Usher was the school's DJ in She's All That.

Another case of someone looking exactly the same, 15 years later.

While I love the come back of the '90s choker, I kind of hope some of these looks stay in 1999 forever.