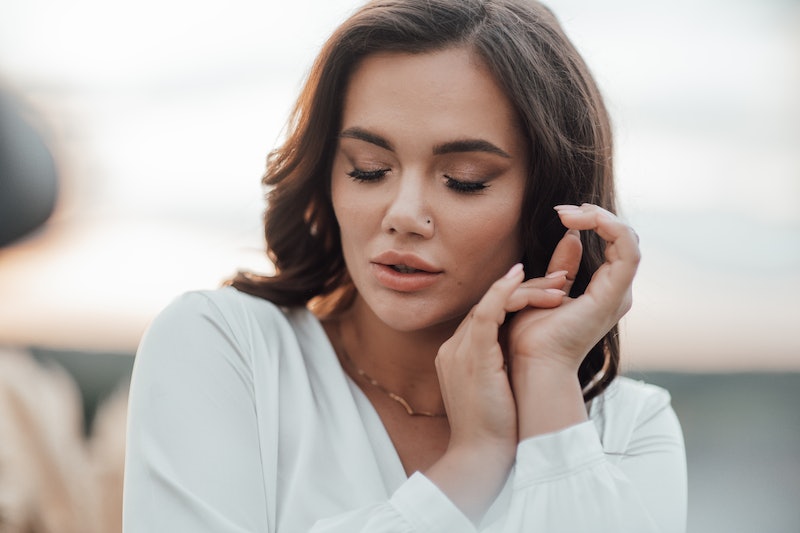 Admittedly, I've spent more of my young adult life in relationships than I've spent being single. That said, even in the past eight months since my last relationship ended, I've heard more backhanded compliments as a single woman than I can stand. However, if I'm being totally honest, I've probably been guilty of giving a few backhanded compliments to single women myself in the past. Unfortunately, most of us are just conditioned to make too big of a deal about the fact that some women choose to be single for extended periods of time. As far as our society has come regarding gender equality, sometimes people still don't quite know how to compliment single women without being offensive about it.

To be fair, I don't think most of the people who direct backhanded compliments at single women even realize how offensive their compliments really are. After all, most people like being told that they're brave, strong, and attractive — but when people tell a single woman she's brave and strong for choosing to be alone, or that she's "too hot to be single," it's actually really uncool. People typically don't shower men with backhanded compliments for opting not to be in a committed relationship, so it's about time our culture shows that same courtesy to single women.

Here are a few backhanded compliments single women hear, so you can know not to say them, should you find yourself on that side of the fence.

1. "I Wish I Were Brave Enough To Be Single"

In a way, I can understand why people say this. In a world where women are pretty consistently pressured to not be single, choosing to be a single woman is kind of a badass thing to do. That said, there's really nothing inherently brave about choosing not to have a significant other. I mean, we're talking about being a single woman, not riding into battle.

On top of that, saying things like "I wish I were brave enough to be single" only further perpetuates one of our culture's most sexist double standards — that a woman's job is still ultimately to find a husband, rather than pave her own path. No one tells men they're brave for being single. Rather, men are praised for being single and "playing the field" instead of allowing a serious relationship to "tie them down."

OK, I get that this is meant to be a positive compliment, and I love being told I have a lot to offer. Really, I do. But compliments like this imply that a woman can't be awesome and also be single, as if the whole purpose of being a dynamic woman is so someone else can enjoy it. Comments like this one can lead women to feel like they're not enough on their own, or that women are only single for extended periods of time if they can't find someone who's willing to date them.

In reality, none of these things are true. Women can be strong, smart, sexy, and emotionally healthy as hell and still choose to be single for a number of very good reasons. What it really sounds like you're saying is, "why haven't you found someone yet?"

3. "You're So Independent, I Bet Guys Are Intimidated By You"

Ugh, there are so many things wrong with this statement. First of all, don't ever assume single women are only interested in men — even if they've only dated men in the past. Secondly, it should't be considered intimidating for a woman to be independent, and saying otherwise only encourages women to doubt themselves, shrink themselves, and fear being alone. Thirdly, this compliment is problematic because it implies that most men are too insecure to handle dating an independent woman, and that's simply not true.

Basically, while this compliment may be born from good intentions, literally everything about it is backhanded. It makes being an independent woman seem like a turn-off, but being self-assured is actually very attractive and healthy. If anything, independent women probably have healthier relationships because they don't look to their partners for constant validation.

4. "I Think It's Great That You Aren't Worried About Settling Down Right Now"

I'm not even 100 percent sure what the hell this means, but I know it's meant to be taken as a compliment. The thing is, it's actually a really shi*tty thing to say. Telling a woman she's good at being single is incredibly patronizing and totally unnecessary. It's like saying, "you're really good at being alive." It also insinuates that most women, and perhaps most people, can't be truly happy while single — so being alone and being happy about it must be a talent of sorts.

Since women are discouraged from being single with such frequency in our culture and media, I guess being contently single does take a special confidence. It shouldn't though, and comments like this one, no matter how well-intended, discourage women from being OK with flying solo.

I hate to complain about being told I'm hot, but this "compliment" really bugs me for a lot of reasons. My beauty and my body don't exist for the sole purpose of attracting a mate, and comments like these suggest otherwise. On top of that, just because a woman is attractive doesn't mean she's emotionally or mentally ready to commit to another human being.

I know this comment is meant to praise my high standards or whatever, but it's actually super insulting. Calling a single woman "picky" implies that she's constantly finding faults in people and that's why she's single.