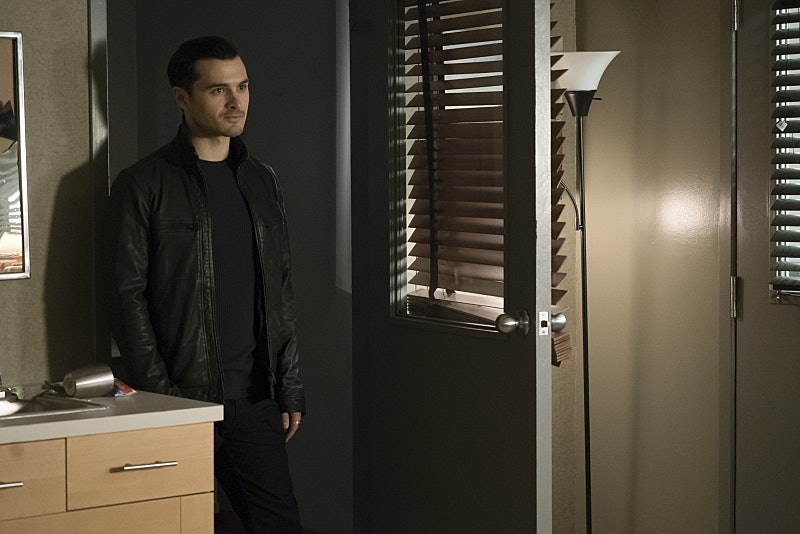 The Mystic Falls gang have faced their fair share of obstacles throughout the years, but Season 7 is gearing up to tackle one last hurtle. During Friday night's TVD episode "One Way or Another," Bonnie befriended someone who knows one of The Armory's biggest secrets. Evidently, there's some sort of vault within the confines of their compound that contains a very important... um, thing, within in, for lack of a better term. I say thing, of course, because right now no one knows what exactly is in The Armory vault on The Vampire Diaries , but according to Bonnie's mental ward patient, it's something that only a Bennett witch can open.

This is why The Armory is after Bonnie in the first place. They want her to unlock the door and let whatever is inside out. But what could that something actually be? Based on what Bonnie was told, it's something that should never ever see the light of day. So obviously, in Vampire Diaries terms, this means that it will most DEFINITELY see the light of day before the season is over. But given all that we've seen so far on this show already, it's hard to imagine anything all that fierce. Is it another hybrid-like creature? Some science experiment gone wrong? Either way, the fact that The Armory wants it so badly doesn't bode well for Damon, Stefan, and Co.

The problem is that this puts Bonnie in a rather difficult position. On the one hand, she doesn't want to unleash something terrible onto the world. But on the other hand, she's also sick of being on the run from The Armory, and this could be the one way to take them down for good. Let's just hope that whatever is hiding in the depths of that vault can be reasoned with... for all our sakes.