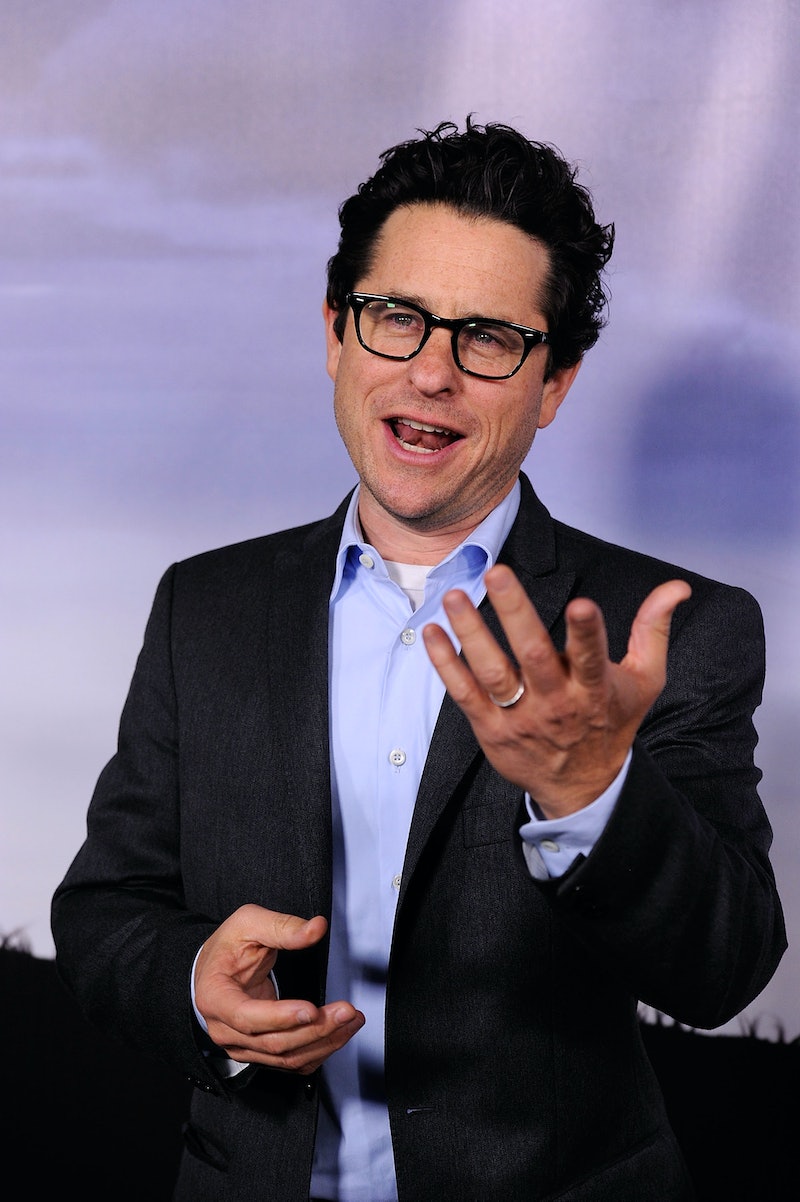 Star Wars: Episode VII — The Force Awakens was a seriously fantastic movie, and for me, part of the fun was the huge amount of question marks Abrams left hanging over the plot. The one which has most preoccupied fans since is, of course, who Rey's parents are in Star Wars. A common theory, especially on Reddit, is that Rey's parents are one of the main characters from the first three movies: Luke Skywalker, Princess Leia, or Han Solo.

However, Abrams set tongues wagging during the audience Q&A portion of a discussion between himself and Chris Rock at an event for the Tribeca Film Festival. He told the audience: “Rey’s parents are not in Episode VII, so I can’t possibly say in this moment who they are. But I will say it is something that Rey thinks about, too.” Wait — SAY WHAT?!

So, you know, after the Internet lost its sh*t overnight about the whole issue, Abrams decided to set the record straight, again to Entertainment Weekly: “What I meant was that she doesn’t discover them in Episode VII. Not that they may not already be in her world,” Abrams said. So what exactly does this mean for Rey's parentage? Should we be chasing up new leads or do the old theories still hold true? Check out the audio from the event at this moment first:

One option — and definitely the more fun one, from a going-wild-and-geeking-out-with-really-out-there-theories perspective — is that Abrams is being entirely literal. Let's just assume we did not meet Rey's parents in Episode VII. This would open up the floodgates for new theories. I'd argue that given Star Wars' past with unbelievably fun, drop-the-mic parent reveals, it seems unlikely that Rey's parents will be completely random characters that we've never encountered before.

This leaves the door wide open for some pretty radical theories: could The Force have impregnated yet another lady? Could Abrams be getting ultra nostalgic for his choice of daddy and has he opted for Wedge Antilles, from the original trilogy? Or will it be a character from the most recent Star Wars expanded universe, assassin-turned-jedi-master Mara Jade — with someone other than Luke?

Option 2: We Take Abrams' Words With A Few Hundred Pinches Of Salt

Thing is, Abrams has a history of being pretty slippery with these sort of statements. Remember what Nerdist describes as "the Great Khan Debacle of 2013?" This refers to when Abrams was at the helm of Star Trek: Into The Darkness and did everything he could to disguise the fact that Benedict Cumberbatch was playing Khan. At one point he actually just lied and denied Cumberbatch was in the film! (Something that, according to MTV, he later admitted was a mistake.) Ultimately, Abrams' loyalty is to the film, both as an enduring piece of art and as something film viewers will encounter fresh in the cinema and the smart money's on him wanting there to be a big reveal that gets an audible reaction in cinemas.

The fact that he went back to Entertainment Weekly to clarify the statement in such a deliberately vague way makes me think the second option is to interpret his words this way: he's saying that we may already have met the parents but they weren't revealed at that stage as being her parents. This would mean that all the original guesses (Luke, Leia, Han as parents and perhaps even Obi as grandfather) are still valid.

Whatever the answer, we seem further than ever from solving the mystery of who Rey's parents are. But isn't that, actually, kind of an amazing thing? Imagine watching the original Star Wars films and not knowing who Luke's father was until the big reveal: I can't imagine a greater pleasure for modern cinema fans than to get to enjoy exactly the same "WTF?!" reveal reaction. So let's all cross our fingers that we can stay in the dark on this topic for as long as possible: promise it'll be worth it when we're sat in the cinema.