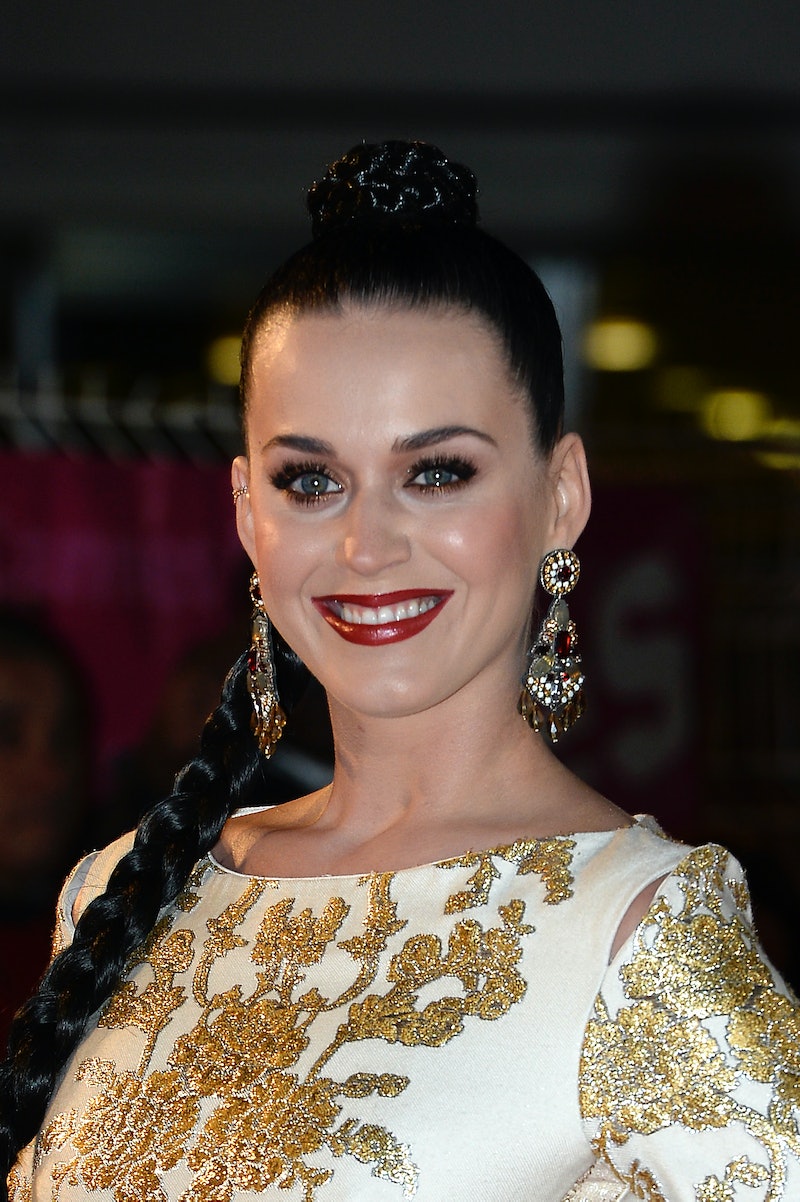 If there's one thing that Katy Perry loves, it's dressing up. Geeky Kathy Beth Terry in "Last Friday Night (T.G.I.F)" and being a jungle queen in "Roar" both come to mind. However, Perry was also accused of cultural appropriation when she took her American Music Awards performance too far three months ago, and dressed up as a geisha in a kimono on a “Japan-inspired" stage, offensively setting the scene with fans and cherry blossoms. And now, after Katy Perry's teaser for her "Dark Horse" music video came out on Thursday, she's facing the same issue again.

The teaser opens with a hot pink hieroglyphic montage, which reads:

"According to legend, there was a magical queen in Memphis, Egypt. Every eclipse, kings would travel from Brooklyn to Babylon to win her heart. If she fell in love, you'd be top dawg. If she didn't, her wrath would leave you whimpering. Her name was Katy-Patra."

Perry emerges at the end, dressed as her version of Cleopatra, wearing brightly colored makeup, a black, half-braided wig — and a gemstone grill. And just like the AMAs performance, she's doing it all over again, except that now her offenses come at the expense of Egyptian culture. By riffing off of Cleopatra's name and turning Egyptian history into a fantasy of the famous queen's romantic life, she's exploiting the stereotype that Cleopatra was a violent and lusty lover. Also, drawing Brooklyn into the scenario is romanticizing a culture that she doesn't belong to and tries to make it her own, similar to her turn as a geisha. How many times is she going to do this? Will sphinxes, servants, cats and slaves be included in the video, too?

And although Cleopatra was known to be the blingiest woman of her time, she wasn't rumored to wear jewels on her teeth. The recent controversy surrounding Madonna and Miley Cyrus wearing grills has been met with angry backlash as well, since they were exploiting black culture that they aren't a part of.

Now, Perry's new video will combine grill and cultural appropriation controversy — and since this video comes after the backlash from her performance, it looks like she's still ignorant, or sadly just doesn't care.

You can watch the "Dark Horse" teaser below: