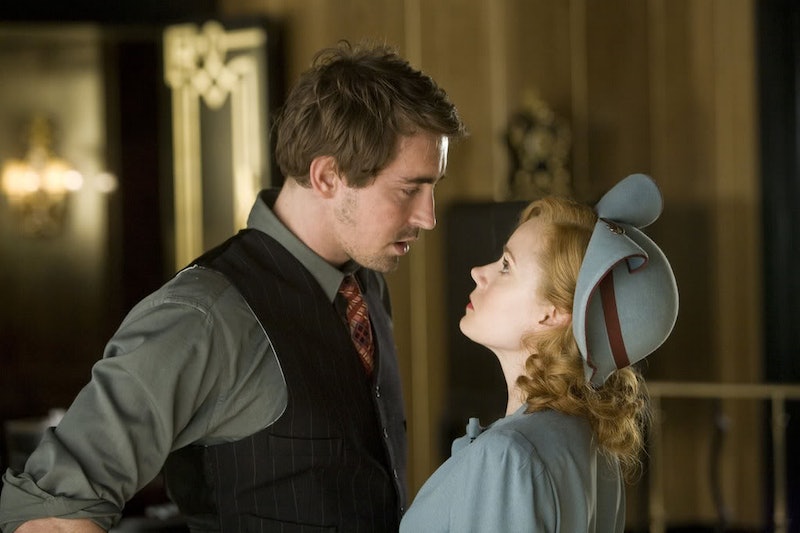 Romantic comedies are my jam, but no matter how much I love 10 Things I Hate About You, I can only watch it so many times before I am ready for something new. Luckily, there are lots of underrated romantic comedies out there. Some of them are downright obscure, and the only way to find them is to indulge in a full blown Netflix spiral. If you are willing to dig, Netflix has lots of romantic comedies that will make you laugh and swoon, and the best part is you probably haven't already seen them a thousand times.

I know you are attached to Harry and Sally, but I promise they won't mind if you meet some new people. If you aren't regularly seeking out the indie romcoms or the quirky movies that tend to fly under the radar, then you are missing out on some amazing stories. Don't worry though, I've got your back. I have assembled a list of romantic comedies covering every corner of the genre. You want black and white screwball romances? I've got them. Movies about disaffected twentysomethings falling in and out of love? Got those too. Netflix may be best known for TV nowadays, but the streaming service is still the best place to find your new favorite romcom.

I didn't know I needed a French film about competitive typing in my life until I saw Populaire. The movie focuses on small town girl Rose who applies for a secretary job out of town where her typing skills are discovered by her potential new boss Louis. He sees her potential to be the fastest typist in France, and of course, they fall in love as they enter competition after competition. It's a sweet, funny period piece with a feminist heart that you will adore.

Miss Pettigrew is just unconventional enough to make even the most cynical souls swoon. You have Francis McDormand having a marvelous day helping Amy Adams choose between three suitors (including Lee Pace), you have a World War II era setting, and singing — so much beautiful singing. Seriously, this movie is everything you are imagining it to be and so much more.

Chris Rock and Julia Delpy are charming together in this followup to 2 Days in Paris that finds Delpy's character Marion's family descending on the couple's home for a weekend. The results are a comedy that feels current even though its roots are grounded in '50s screwball traditions.

A video game store employee and a fast food cashier meet at a dress as your favorite animal costume party and what follows is a quirky, New Zealand love story full of original music and just the right amount of silliness.

Lots of people have heard of His Girl Friday, but an alarming amount of people haven't actually seen it. If you are one of those people I envy you, because watching Rosalind Russell's Hildy getting sucked into covering the story of an impending execution by her ex-husband on the eve of her wedding to another man is amazing. Hildy is a career driven force of nature and the way Cary Grant's Walter encourages her drive is beautiful.

A case of mistaken identity leads to romance between two imperfect people. Blind dates gone awry stories are rarely ever this much fun.

A documentary can also be a romantic comedy especially when it is a heartfelt exploration of cultural traditions and the undeniable pull of the heart. If you love Master of None, Meet the Patels might just be your next favorite movie.

Two co-workers who are not exactly what you would call "cool" spend a summer trying to change their image by embracing the wild sides they don't actually have. Yes, they are secretly perfect for each other, but that is all part of the ride.

The apocalypse is not exactly a traditional setting for a meet cute, but this movie pulls it off. You should go in knowing that for all the comedy there is a fair amount of existential darkness as well, but the romance between Dodge and Penny is too wonderful to miss.

You may not want to root for the May-December romance between a university admissions officer and a 19-year-old student, but watching the way literature draws them together will change your mind. This movie is as melancholy as it is funny, but the romance always rings true.

If you don't mind your romantic comedies being a bit predictable, then The Decoy Bride is going to win you over within the first scene. A famous actress wants to keep her wedding private so she holds her nuptials on a small island in Scotland, but when the paparazzi come calling, a local girl ends up falling for the groom (played by the always delightful David Tennant).

Cold feet plague the groom in this movie and it takes his best friends and memories of how he fell in love with his soon to be wife to get him to the altar on time. This movie has all the laughs and romance you could possibly ask for.

Two couples are put to the test when a pair of coworkers who excel at making each other laugh begin to wonder if they should be more than friends. This cast is stacked with your favorite comedic actors including the amazing Jake Johnson.

Intrigue, romance, comedy, Audrey Hepburn, and Cary Grant — do you even need to know anything else? Just in case you do, I will leave you with this little tidbit: this movie is so good people always end up thinking Alfred Hitchcock made it until the credits role.

A marriage counselor sends a couple on a special getaway to help repair their relationship. I literally cannot tell you anything else without spoiling the fun. Just go watch it now and thank me later.

I love movies about chefs and restaurants, so when you take those two things and add in a romantic twist my happiness is not quantifiable.

True love means your partner will just jump into an amateur murder investigation with you without question.

You are now ready to have the most epic romantic comedy marathon of your life. Go forth and enjoy the romcom goodness.

More like this
15 Romantic Movies On Netflix That Are Perfect For Snuggling Up On The Couch
By Rachel Simon and Grace Wehniainen
15 Intriguing Movies On Netflix That Are Based On True Events
By Mary Kate McGrath, Shannon Barbour and Grace Wehniainen
Netflix Settles With Mo'Nique After She Sued For Racial & Gender Discrimination
By Jake Viswanath
What’s New On Netflix: 'Stranger Things' & 'Mean Girls'
By Arya Roshanian
Get Even More From Bustle — Sign Up For The Newsletter