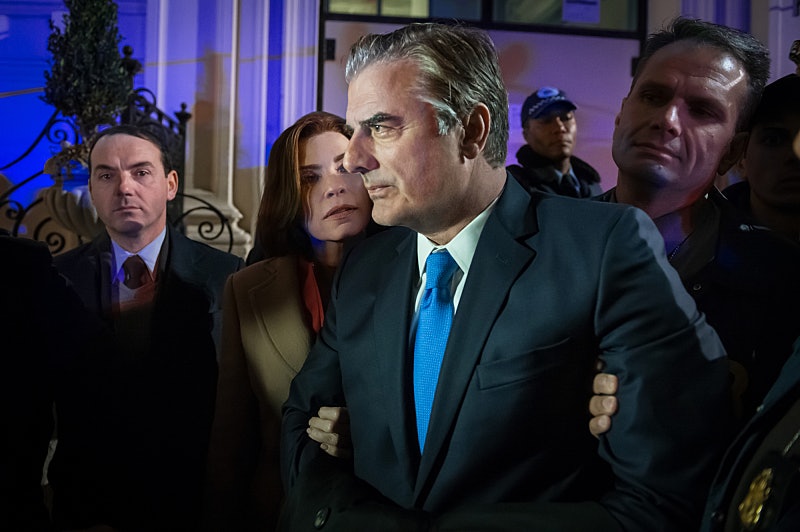 Peter was finally arrested after being indicted by a Grand Jury for allegedly throwing a case in exchange for campaign donations on The Good Wife 's 'Landing.' After weeks of Grand Jury buzz, the prosecutor, Connor Fox, finally got his indictment of the Governor. Whatever evidence he has against Peter is enough to take him away in handcuffs, surrounded by FBI agents. Alicia is standing by her husband publicly, but having a wife by his side might not be enough. So, will Peter go to jail on The Good Wife ?

It looks like Peter just might end up right back where he started — behind bars. After his highly publicized arrest, Peter confided in Alicia that he had been offered a plea deal of three years in prison, and it seemed like he was considering it. According to Cary, the case Peter is being accused of compromising was a murder case in which bullets disappeared from the crime lab, causing the case to be thrown out. Cary, who was on the prosecuting team, was confident that they would have own the case against the alleged murderer and blamed the loss on incompetence in the crime lab. However, Cary's story worried Peter's lawyer enough that he brought the Governor the deal. So, maybe Peter is heading back to jail after all.

While we still have no idea if Peter's actually guilty of accepting a bribe while acting as State's Attorney, it's not completely out of the realm of possibility. This is the man who tried to rig not one, but two elections, and slept with hookers. Though, even if he isn't guilty, there's still a huge chance he'd be found guilty just because of his somewhat sleazy reputation. The real question is, if Peter goes to jail, will Alicia delay their divorce until he's out?