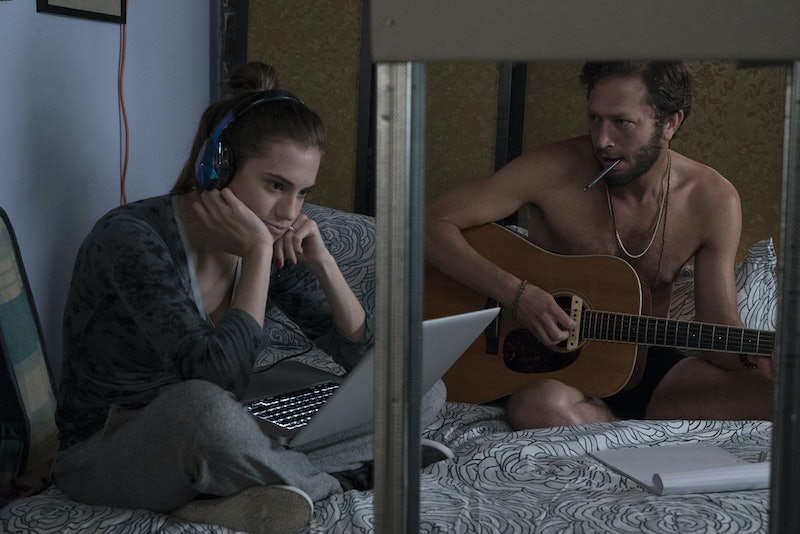 How do you put the "voice of a generation" to music? That's the question that Manish Raval, the music supervisor behind the Girls soundtrack, faces on a daily basis. The fifth season of Girls has produced songs that have topped the Shazam charts for February and March, according to The Hollywood Reporter, indicating a resounding positive response for a soundtrack that has always been rock-solid. When asked about the recent surge in audience reaction, Raval laughs. "We've been scratching our heads," he says in an interview with Bustle. "We haven't been doing anything differently ... but something is happening that is making everyone come back to what they loved about the show initially and the music sticks out because of that."

Lately on television, soundtracks have emerged from watered-down background music to bonafide creative outlets of their own. Raval, who has been the music supervisor and editor for cult classics such as Donnie Darko and Orange County, understands the power of the medium within film and television. Girls is one of Raval's favorite projects to work on because the show "lends itself to using music in a way that people interact with." Raval credits the overall quality of the series to the universality of the soundtrack. "From script one ... to when they shoot — the crew is amazing, the actors are amazing, the editors are amazing — so by the time it gets to us, it’s gone through a very A plus list of amazing people making this," he says.

Pulling from such an inspirational script, Raval says that he has one character who acts as the totem for good music taste. "Ray is a fun person for us to find music for," Raval admits. "He has a record collection with everything from The Faces to contemporary stuff like Kurt Vile." Ray's coffee shop — now the epitome of "anti-hipster" culture — is where Raval reveals he could "kind of throw in our own personal indie-rock taste ... But [Ray] also sings along to Smashing Pumpkins and he sings along to Toto," Raval says. "[Ray] always has so many opinions as a character we joke and say, 'Ray would love this song, Ray would hate this song.'"

Ray's opinion on indie rock aside, Raval says that a lot of the music choices are scene-specific. He reveals that he takes inspiration from the soundtracks of Breaking Bad and Better Call Saul because the shows notoriously feature music that is unexpected for the scene. Raval strives to do the same, as evidenced in the scene featuring Marnie and Charlie slow-dancing to a hip-hop song in an Italian restaurant. Raval admits that the choice of utilizing "Tied Up" by Casey Veggies (feat. Dej Loaf) "became the best of both worlds. [There's] swagger to the hip hop, but also the vocals were sensual, but also vulnerable — it was a very ambiguous tone that seemed to tie up her character in the entire episode." Raval continues:

It was one of those moments and we found the song and played it against the scene we ended up using it much longer than anticipated — we were going to have the song go out before her and Charlie start slow dancing, but because the song was so killer in the scene we just let it keep going — it played out perfectly.

Raval insists that these kinds of "happy accidents" are integral to the sort of job he does. Another unexpected discovery occurred when he was trying to place a Bowie song behind a scene when Shoshanna is walking into an alley in Japan. Raval says that they had an entirely different song in mind, but found a cover of "Life On Mars?" by the previously unknown artist AURORA on YouTube. "It was one of those moments where we fell back in our chairs," Raval reveals, emphasizing that the emotion of the tune is what was needed in the scene. Raval says he attributes the process of random discovery to why the Girls team is able to concoct such unique ideas. "There's not a lot of overthinking things — this lyric, this moment — I think we just go with it and people tend to like it."

Raval also says that some of his favorite musical moments are the ones that he feels emotionally tied to. The scene where Hannah is watching Jessa watch Adam and everything clicks in "Hello Kitty" is underscored by a mournful Brenda Lee ballad that Raval says is especially powerful, but he also loves the closing song by Vicktor Taiwò called "Curse." A fan of the closing credit music in particular, Raval admits that one of his favorite moments during the whole series is the implementation of Børns' "Past Lives" during the episode "Japan." Raval says he feels a connection to the song, but it is also speaks to how far the show has come. "We’re geographically so far from where we usually are that it just seemed to play so many different things at once," Raval says.

Though the series only has one more season left, the perfectly eclectic soundtrack created by Manish Raval and his team has left a lasting impression on this generation, and I can't wait to see what he has in store for Season 6

More like this
Adele’s All-Female Lineup Includes Kacey Musgraves, Mahalia, & Self Esteem
By Shahed Ezaydi
Why You Loved 'One Tree Hill' So Much — And Still Do
By Sabienna Bowman and Radhika Menon
Neil Patrick Harris Will Play 'Doctor Who's “Greatest Enemy” Yet
By El Hunt
Jennifer Aniston Is Still Wearing That 'Friends' Dress She Stole From Monica's Closet
By Jake Viswanath
Get Even More From Bustle — Sign Up For The Newsletter