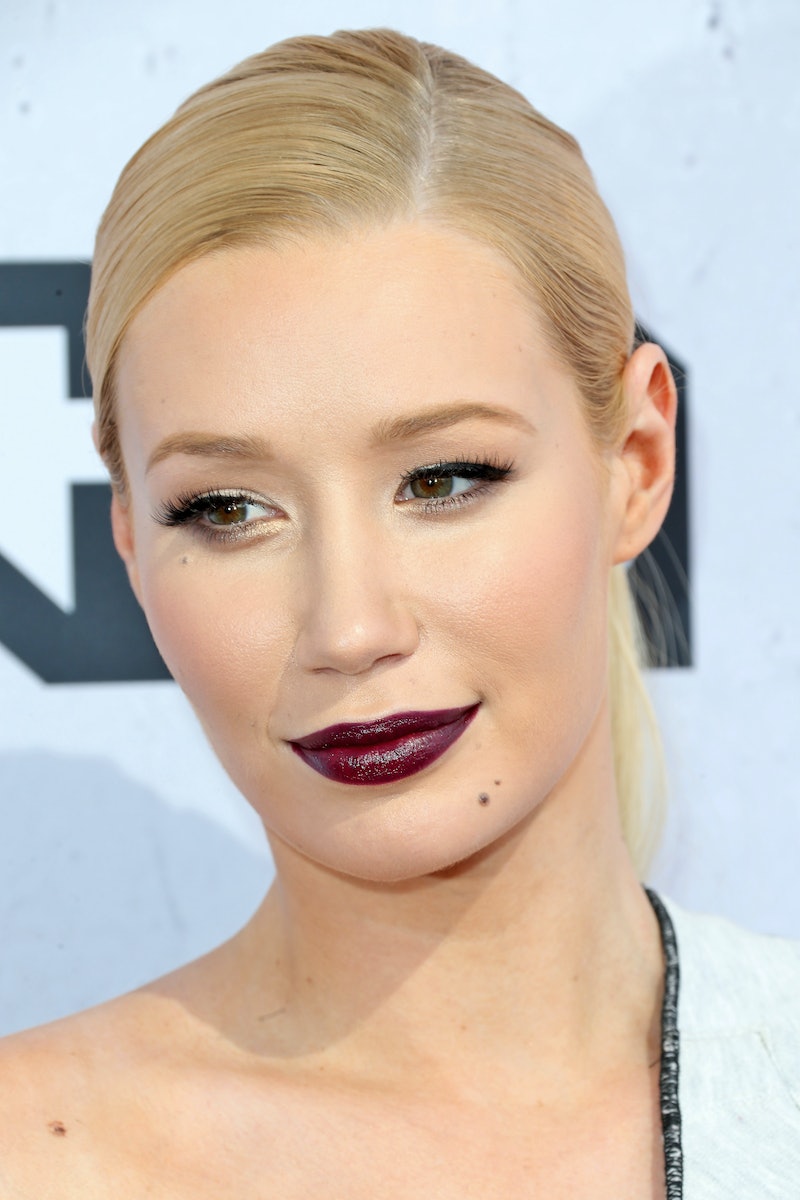 These days, it seems like rumors about Iggy Azalea's relationship with Nick Young are the only thing keeping her in the spotlight, which is not good considering Azalea recently released her new single, "Team," ahead of her forthcoming album Digital Distortion. Though she's been actively promoting her album in the press, the scandal surrounding Azalea's relationship with the NBA player certainly seems to be shadowing her new music. Azalea took to Twitter to address the treatment of her situation in the media as of late, and she has a pretty valid point.

To recap, in March, video surfaced that showed Young seemingly admitting to affairs with various women, which was filmed by his L.A. Lakers teammate D'Angelo Russell. In the aftermath of the confession, Russell told Yahoo! Sports he felt "sick" and "sorry" for recording the video. For his part, Young told reporters, "I think it’s best me and D’Angelo handle our situation in a private manner. It’s something we need to talk about," according to Bleacher Report. But naturally, this caused a flurry of media reports, thanks to the celebrity status of everyone involved.

Azalea has addressed the scandal multiple times in the weeks since the story broke, most notably in a radio interview in which she threatened to cut Young's "meat" off if anymore videos appear.

She also appeared on The Ellen DeGeneres Show and said that things were "good" at home, and seemed happy to talk about her engagement without being asked, so it's admittedly a little confusing as to why she's now asking for privacy on the matter.

It makes perfect sense why Azalea would want to keep what is likely a painful and uncomfortable subject close to the vest — if your fiancé allegedly cheated on you, you'd likely be upset if the entire world knew about it and felt the need to comment on it. But in a world where celebrities seem closer to fans than ever before, especially with social media and constant updates on the celebrity's life all the time, it can certainly be hard to separate a celebrity's personal, private life from the parts of their life they welcome their fans into.

It's entirely possible that Azalea realized that commenting to the media about the situation was only adding fuel to the fire, and has since decided she doesn't want to speak publicly about what's happening with her relationship. She has every right to that privacy, even if she is scheduled for several interviews with the media in promoting her new album. Azalea shouldn't have to talk about anything she doesn't want to, and she certainly has the right to open up that conversation if she wants or to close it if she doesn't. She doesn't owe her fans anything except to discuss her work, even if there's plenty in the news about her personal life.

Hopefully Azalea is able to find peace with whatever drama she may or may not be going through, and her fans seem to support her no matter what, which should offer her some comfort as she navigates such murky waters.

More like this
Lizzo Responded In Tears To A Young Fan’s “About Damn Time” Dance
By Grace Wehniainen
Leona Lewis & Husband Dennis Jauch Welcomed Their First Child
By Darshita Goyal
Who Is Camila Cabello Dating? She's Getting Cozy With Lox Club CEO Austin Kevitch
By Radhika Menon
Who Is Bad Bunny Dating? Gabriela Berlingeri's Vocals Are Featured On His Song "En Casita"
By Radhika Menon
Get Even More From Bustle — Sign Up For The Newsletter