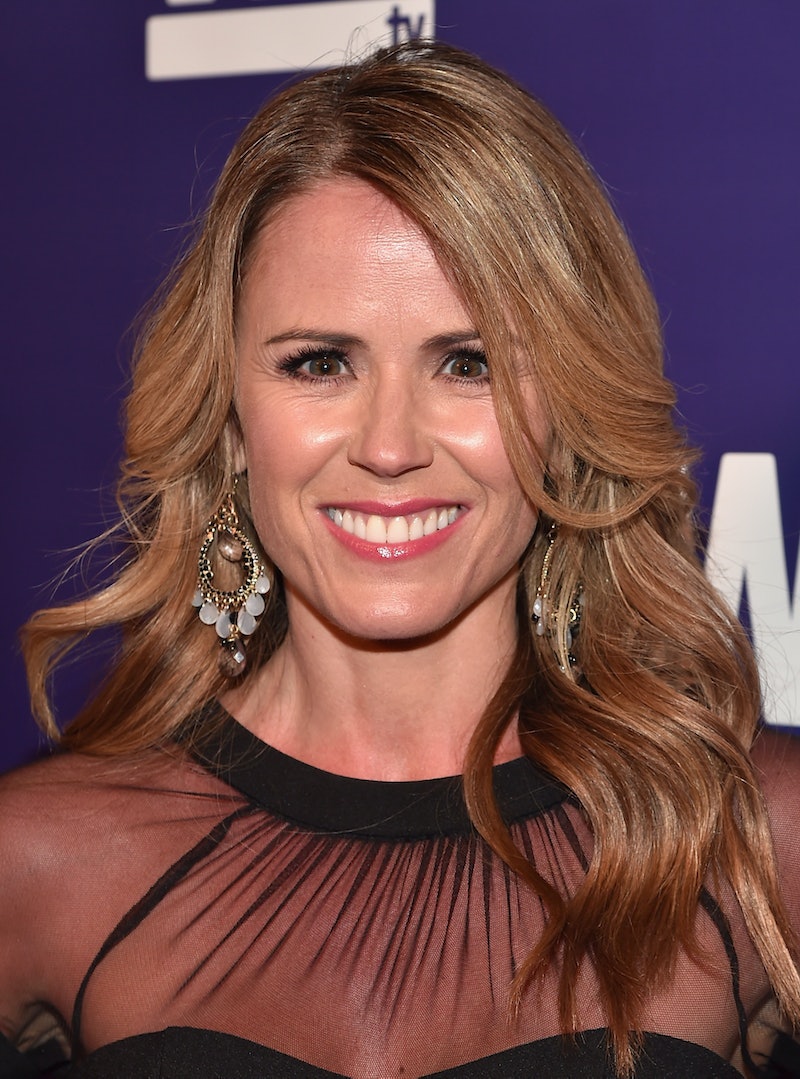 One aspect that makes watching The Bachelorette so interesting is watching normal women looking for love, normal women whose lives change forever after the season airs. They go from being average people with relatable lives to reality stars that America really cares about. A lot of the time, the newfound fame gives the ladies a lot of professional opportunities. Other times, the women try to their best to return to their pre-Bachelorette lives. Nevertheless, it makes me wonder: what kind of jobs do the past Bachelorette stars have now?

Are they all just endorsing weight loss teas and teeth whitening products on Instagram, or are there actually some Bachelorette alumni who have standard nine-to-five jobs? Some of the past Bachelorettes do whatever they can to remain in the spotlight, but there are others who just want to have low key lives. No matter what path they have decided to take, it's pretty interesting. I mean, I can't imagine that it's easy to go from being the center of attention as the Bachelorette to doing whatever else after that 15 minutes of fame ends. I don't know that I could make the transition look so easy.

So how are these ladies earning a living these days?

Before reality TV, Trista Rehn née Sutter was a Miami Heat dancer and worked in pediatric physical therapy at Miami Children's Hospital. After The Bachelorette, Rehn has made a career out of being Trista Sutter. She has been on multiple reality shows including Dancing With the Stars and Marriage Bootcamp: Reality Stars. She has used her reality show fame to write books, give speeches, and design home decor for Glory Haus.

The Bachelor fans have not heard a peep from this former reality star since Meredith Phillips shared her struggle with alcoholism in a 2013 People interview. At the time, she was in between jobs and focusing on her health before she could get her life on track. She used to be a model, but it's unclear what she is up to these days. It's probably better for her to live her life privately.

Jen Schefft is another Bachelorette alum who has preferred to stay under the radar. After reality TV, Schefft wrote a book called Better Single Than Sorry: A No-Regrets Guide to Loving Yourself and Never Settling. In that time, she also got married to Joe Waterman, and, the last we heard from them, they were raising their family in the Chicago suburbs. The lack of current information about Schefft could be a "no news is good news scenario," so hopefully she is enjoying whatever she is up to these days.

Just like other reality stars, DeAnna is making some money off her Instagram account with sponsored posts chock full of shout outs. After her stint as the Bachelorette, DeAnna hosted a show called Get Married on Lifetime. Her Twitter bio says, "Bachelorette, real estate agent, television host, married & a mommy!" It seems like she wears many hats and is focusing on raising her family, since DeAnna just had her second child in March 2016.

Jillian Harris has made the most of her Bachelorette fame. She has her own website, JillianHarris.com, and is really making a name for herself in many different areas. She is the host for the shows Love it or List It Vancouver and Love It Or List It Too. She is also an interior designer and publishes her own original lifestyle content on her site.

If it seems like Ali Fedotowsky has not left TV since her season of The Bachelorette wrapped up, that's because she hasn't. She was an on-air news correspondent for Fox 5 in San Diego. She hosted the NBC show 1st Look. Most notably, Ali was a correspondent for E! News from 2013 to 2015. Nowadays, she is also working on building a fashion and lifestyle brand through her website Ali Luvs.

Ashley Hebert Rosenbaum is arguably the "most normal" out of the Bachelorette ladies. She is a wife, mother, and pediatric dentist in Miami. Sure, she still keeps her fans updated through social media and puts up the occasional sponsored Instagram post, but she definitely seems very down to earth after her time on reality TV.

Emily Maynard Johnson has her own website with content about fashion, beauty, lifestyle, and an "Ask Emily" section. She is also an author with a book called I Said Yes: My Story of Heartbreak, Redemption, & True Love. Just like most of the other ladies, Emily puts up sponsored posts on Instagram.

Andi Dorfman is a self-described "rookie author" who just wrote her first book called It's Not OK . And, just like pretty much everyone else, she is one of those lucky ladies who gets paid to post on social media. It seems like Andi is only just getting started when it comes to her career plans, and I'm sure there is more to come from the popular reality show star.

Kaitlyn Bristowe has been working to build up her own personal brand ever since her time on The Bachelorette. Kaitlyn has her own website with content including jokes, style, fitness, and music. Kaitlyn was also a speaker at TedxVancouver. And yes, she is another one who gets to rake in the cash thanks to Instagram.

Even though Britt Nilsson did not get to have a full season as the star on The Bachelorette, she does still count as an alum from the series. It's not really clear what Britt is doing for work these days, but she has partnered with World Vision to sponsor a child, so there's that.

It looks like being the star of The Bachelorette has opened doors for most of these women, allowed a lot of them to create their own personal brands, and even get paid just for being themselves.