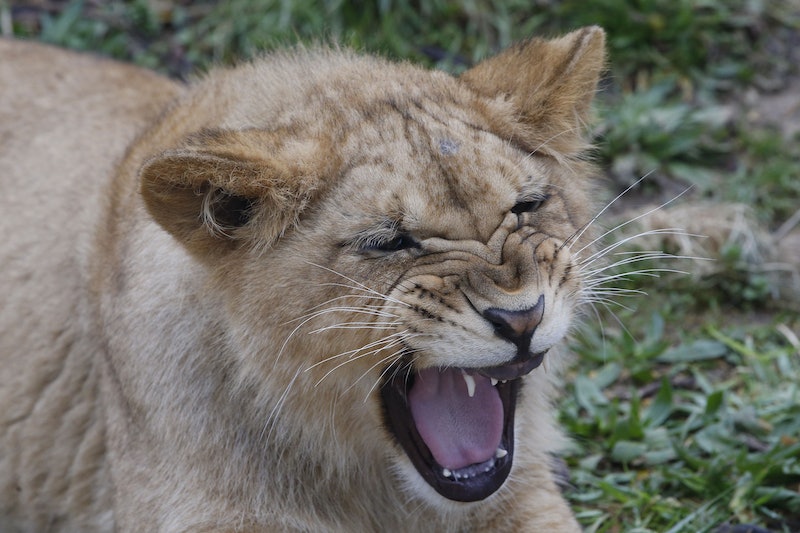 "But gender roles are natural, because science!" This is the essence of an argument you'll hear a lot when you try to challenge gender norms. People will cite evolution, often using animal behaviors as examples. But guess what? There are a lot of animal behaviors that defy gender roles, too. We just don't hear about them as often because they don't support the agenda of defending human-specific, culturally specific traditions.

We could go on and on debating to what extent we're biologically predisposed to exhibit certain gendered behaviors, but I happen to find that debate pretty useless, not to mention boring. We'll never know how humans would behave if they were raised in a vacuum, since you can't raise humans in vacuums. Because science (for real, this time)!

A lot of new research is showing that the nature vs. nurture debate is based on a false premise: that these two ideas can be separated. In reality, the environment is part of human development from even before the time we're born. In addition, we can't equate humans with animals because we have more complex brains, and we can't equate women with female animals or men with male animals because sex is not the same as gender.

But since many people seem stuck on the idea that cultural influences on gender, which are exclusive to humans, are distinct from biological ones, which show up in the animal kingdom, it's worth pointing out that the animal kingdom is vast and varied and doesn't always exhibit behaviors that support our gender roles.

Here are some animal behaviors that debunk the theory that human gender roles are based on universal biological principles that exist across the animal kingdom:

If you thought the idea that women should stay at home with the kids and cook and clean all day was biologically rooted, think again. Many female animals are active hunters. In fact, female lions catch far more prey than the males, and they're the ones to bring food home for their families.

What we think of as the standard family unit isn't the norm in the animal kingdom, particularly for birds. According to a study in Science, 9 percent of bird species have members that never have their own kids but simply help their relatives raise theirs. And despite claims that "homosexuality isn't natural," a study in the Proceedings of the National Academy of Sciences found that one-third of albatross pairs on Oahu are of the same sex.

After observing all different animal species and interviewing many scientists for his book What Do Women Want?: Adventures in the Science of Female Desire, journalist Daniel Bergner arrived at one major conclusion: Female animals have really high sex drives. This held true for most species, but Rhesus monkeys in particular stood out. "If there’s any objectification going on in the monkey kingdom, it’s the females objectifying the males, chasing them, and sort of all but forcing them," he told Salon.

Biologists often talk about the phenomenon of "female choice," which means women are more selective than men when it comes to sex. But this isn't the case for all species — there are some where females aggressively compete for males. A study in the Proceedings of the National Academy of Sciences found that female antelopes fought particularly aggressively, often interrupting one another's mating attempts. And as any straight woman in New York or L.A. could tell you, this happens with humans as well.

Those who have a problem with the transgender community might say it's unnatural not to live as the sex you were born as, but slipper shells, known as crepidula, "transition" from male to female whenever the female in a group dies. So much for the notion that gender and sex aren't fluid.

As I mentioned, animals can't be equated with humans. These examples don't prove that it's "natural" to have non-traditional families or switch sexes. But they do shoot all arguments that these things are unnatural to hell — because there's a lot of diversity within the human species and outside it.