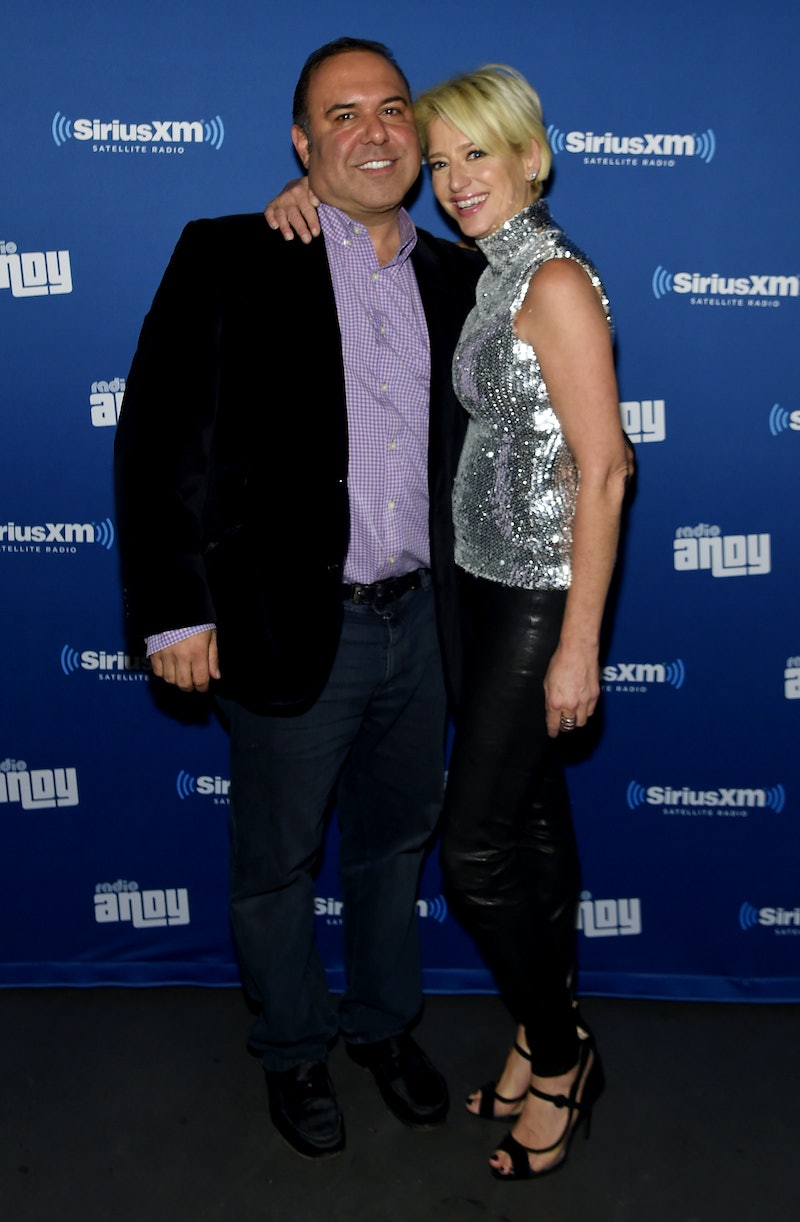 A lot has been said about Dorinda's boyfriend, John Mahdessian. The ladies of The Real Housewives Of New York are not exactly proving themselves to be his biggest fans. This season, the first big fight has been centered around this very issue. Dorinda seems to be pretty happy with John and is constantly running to his defense when the ladies start bashing him. He's been around for a while now and doesn't look like he's getting the boot anytime soon. So, how did Dorinda and John first meet?

Well, the story of how they got together is actually pretty unusual. According to an interview she did with OK! magazine, Dorinda met John through her late husband, Richard, who passed away in 2011.

We belonged to a small little club and [Richard] was there with John. I mean, we were never close but we’d always see him at this little club and say hi and have a drink and he was always nice. Then, about five, six months later after he died, I ran into him and he said, "Oh my God, how’s Richard?" I said, "Well, he passed." He said, "Why don’t we grab some lunch?" It really just developed as a friendship and after someone passes, you’re not looking to get together with someone. You’re rebuilding and he’s been such a good friend and such a great companion and you know, three years on it’s turned into a full-blown relationship and we’re very close. You know, I love him. He is such a nice guy.

It's definitely a unique meet-cute story to tell. And, these two seem to be pretty happy together. Here are a few adorable examples of their obvious bond.

I love when people gush about their significant other. She's obvious smitten.

They Are Goofy Together

One of the most important ingredients in a relationship pie is the ability to laugh together. A couple who can goof around together, stays together. It's science.

They Still Have Date Nights

It's important to keep things romantic whenever you can. Life can certainly have a way of pushing romance to the back burner, but having some random date nights can bring it to the forefront again. These two get it.

They Eat Massive Seafood Platters Together

Honestly, I just hope that Dorinda is happy. She and John seem to be living a great life together and as long as she's content, her friends should support her relationship. John certainly doesn't look like he's going anywhere, anytime soon, and that should be good enough for them.