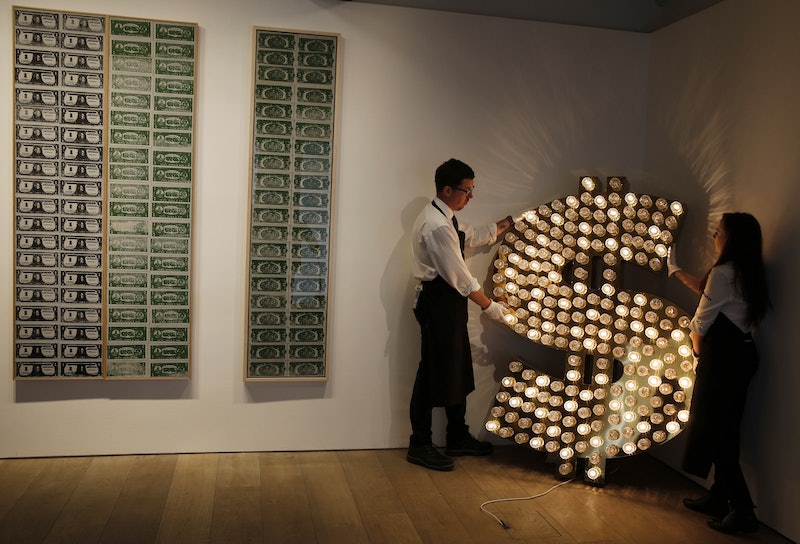 The U.S. Treasury will announce Wednesday that Harriet Tubman will replace former President Andrew Jackson on the $20 bill. Alexander Hamilton will remain on the front of the $10 bill, with leaders of the women's rights movement added to the back. The $5 bill is also set for an addition of civil rights leaders, though it's unclear where on the bill they will appear.

Treasury Secretary Jack Lew's decision to remove Hamilton from the $10 bill didn't go over well. He told Politico in July: "There are a number of options of how we can resolve this. We're not taking Alexander Hamilton off our currency." Harriet Tubman's name came up early on in discussions of which legendary women should grace the front of American bills, and she won an unofficial "Women on 20s" vote in May, beating out Eleanor Roosevelt and Rosa Parks. The campaign was intended to persuade the Treasury to finally put a woman on U.S. currency, as every single bill currently features a man, and that will now become a reality. Jackson could remain on the bill in some form or fashion, but he will no longer be the first face you see when pulling a 20 out of your wallet.

Despite the announcement, the change won't come quickly. The earliest Tubman could replace Jackson on the $20 is 2030. The Bureau of Engraving and Printing's new design will likely be announced in 2020 — just in time for the centennial of the 19th Amendment to the Constitution, which gave women the right to vote. The bill then wouldn't be in circulation for at least another 10 years. Changing any currency takes a long time, and is led by the Advanced Counterfeit Deterrence steering committee, which has representatives from the U.S. Secret Service, the Treasury, and the Federal Reserve.

The idea of including women's rights activists on the back of a bill raised questions when it came up months ago, with critics claiming you would need a microscope to see their individual faces, barely giving them any recognition. Tubman's placement on the front will give women some of the representation they've wanted for so long — and deserve — while women on the back of the $10 will further promote gender equality and memorialize those who fought for it 100 years ago.

"We're not just talking about one picture on one bill," Lew told CNBC's Sara Eisen last week. "We're talking about using the front and the back of the bill to tell an exciting set of stories."

More like this
Women Around The World Are Cutting Their Hair In Solidarity With Mahsa Amini
By Darshita Goyal
Romance Authors Are Mobilizing For Reproductive Rights
By Natalia Perez-Gonzalez
'Survivor' Host Jeff Probst's Salary Per Season After 22 Years Is The Real Winner
By Hugh McIntyre
Where Is Former Bachelor Host Chris Harrison Now & What Is His Net Worth?
By Hugh McIntyre
Get Even More From Bustle — Sign Up For The Newsletter