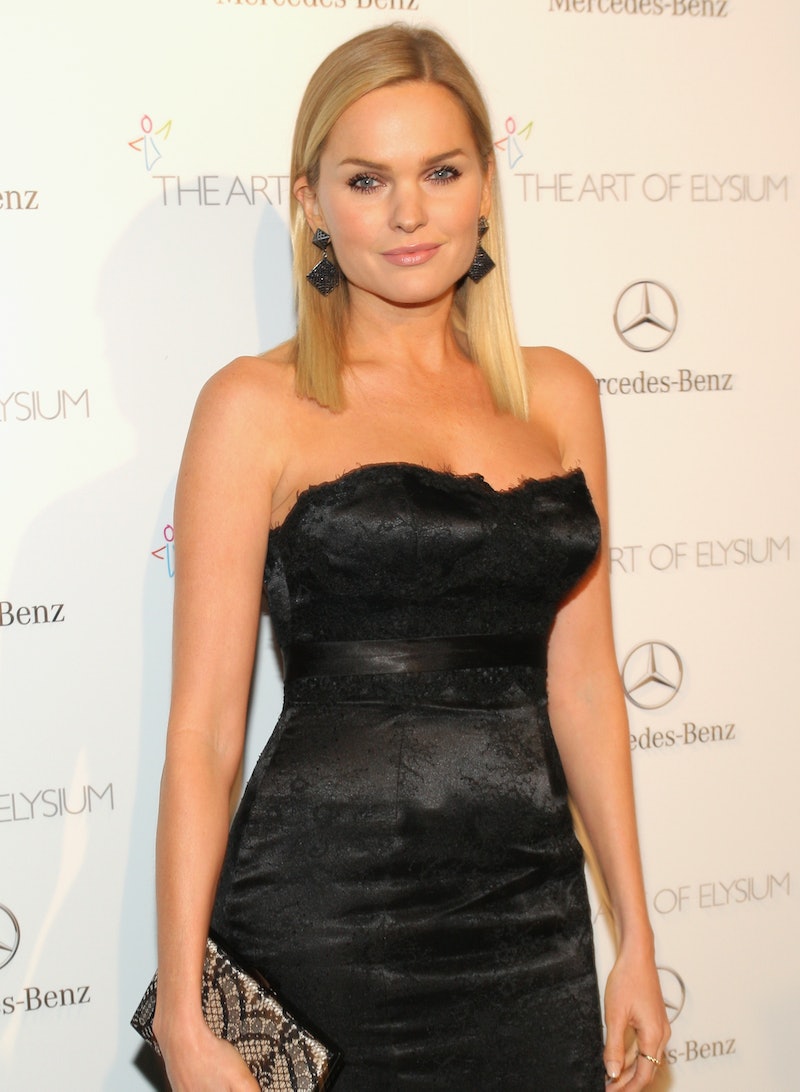 It's been a painful two months for Once Upon A Time fans who were left with a cruelly intriguing cliffhanger when ABC's series began its winter hiatus. Though there's still nearly a month left before the show returns on March 9, at least there is some news to give a small preview of what's ahead. OUAT has cast Sunny Mabrey as Glinda the Good Witch for its upcoming Oz storyline.

Glinda isn't the first Wizard of Oz character to join the show, in December Rebecca Mader was cast as the Wicked Witch of the West. Now that Peter Pan is gone and Regina is officially a hero, the Wicked Witch will takeover as villain for the rest of the third season. While Mader is best known for playing Charlotte Lewis on Lost, Mader is a relative newcomer, whose biggest role was a stint on The Client List.

Mader must have proved that she can handle the two sides of Glinda's personality, because OUAT's Good Witch isn't all poofy dresses and bubbles. Of course Glinda will be "elegant, warm and benevolent, as well as wise, clever and shrewd," according to TVLine, but she'll also be lonely and very cautious due to a long period of isolation.

Now OUAT fans can spend the next few weeks speculating on the second half of the season. What will bring the Storybrooke crew to Oz? Will Emma and Henry ever remember their real pasts? Can Hook get any hotter?

Eight episodes remain to answer these questions, beginning with "New York City Serenade," followed by "Witch Hunt." So unless we're dealing with the Wicked Witch of the Upper West Side, it's safe to assume we won't be meeting the witches until March 16.