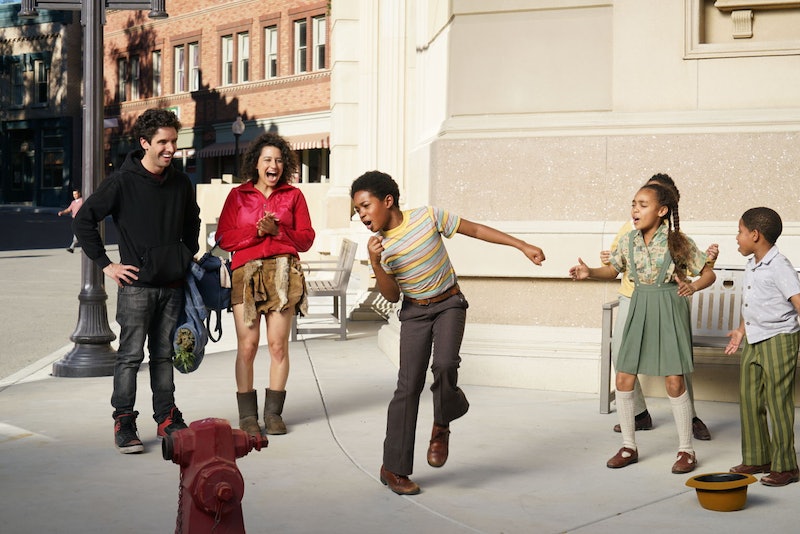 The middle section of Comedy Central's mini-series Time Traveling Bong finds the two travelers easing into their new reality and trying to make a difference. Not on a "assassinate Hitler" type of grand scale, but Jeff and Sharee tried to change history on Time Traveling Bong by kidnapping a young Michael Jackson. Unsurprisingly, it's more difficult to make a difference than they imagined.

In the episode, Jeff and Sharee try and fail to change history multiple times, actually. First, they free slaves off of a plantation using the time travel machine — but the bong takes them next to 1963, where their newly freed companions are immediately snatched up by a Vietnam-era Army recruiter. It's a brief but effective look at racial history in this country.

They then encounter the Jackson family, and decide to raise Michael as their own and give him a better childhood than the one they assume he had, even if it means depriving the world of his music. In a Back to the Future-esque scene, Michael Jackson's music vanishes from Sharee's phone as they get to know the kid. Still, sounds like a good plan, right? Plus they get to live in the 1960s with all of the wonderful music, style, and Don Draper! Ultimately, of course, the realities of the past catch up to them, and they return little Michael to his home.

This is a hard hitting show, y'all! In the caveman portion of the second episode, Jeff says to Ilana "can you imagine how terrifying it is to be in a sexual situation where in any moment you can be overpowered" — and then immediately realizes how he sounds an apologizes. You may think that you were "born in the wrong decade," but there are a lot of things — sunscreen, non-fatty foods, social progress, sexual harassment training and, well, Michael Jackson's music — that we take for granted in the present, so maybe it's good that the characters didn't change time too much after all.

More like this
Kimberly J. Brown & Daniel Kountz Looked Back On Their ‘Halloweentown’ Romance
By Stephanie Topacio Long
All The Sneaky Lindsay Lohan Movie Easter Eggs In Her New Ad, Explained
By Stephanie Topacio Long
Jesse Tyler Ferguson Had A Funny Run-In With A Fellow ‘Modern Family’ Alum
By Grace Wehniainen
“The Door Is Always Open” For Another 'Breaking Bad' Spin-Off, Says AMC Boss
By El Hunt
Get Even More From Bustle — Sign Up For The Newsletter