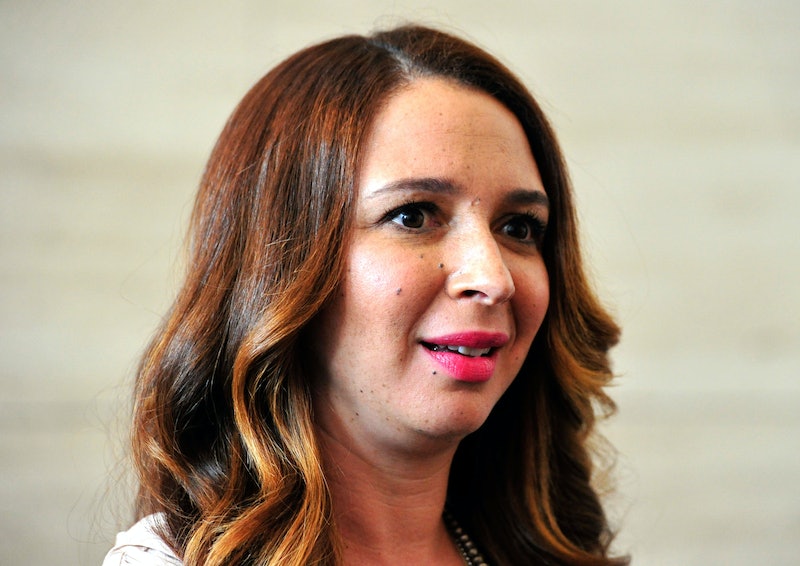 The 2016 presidential election is well underway, and celebrities have come out to endorse — and trash — their candidates of choice. While some celebrities are tweeting about how much they love Hillary, others are backing Bernie. But the GOP front runner is a popular man to throw stones at in Hollywood. Some celebrities hate Donald Trump, so much so they banned together and joined the campaign Stop Hate, Dump Trump, a movement aimed to stop Trump's race to the presidency. The organization says Trump is, "a grave threat to democracy, freedom, human rights, equality, and the welfare of our country and all our people.” And celebrities like Connie Britton, Jane Fonda, Kerry Washington, Michael Moore and others have all joined the cause.

While it doesn't look like Trump's attempt at securing the Commander-in-Chief chair has slowed, celebrities who speak out against him certainly haven't lost their momentum. When I interview Josh Gad and Maya Rudolph (separately) for their latest film, Angry Birds, I ask them both an extreme question: If given the choice, would you rather have aliens invade earth or have Donald Trump become the President of the United States of America?

For both comedic stars, the answer is easy.

"I'm pretty sure [you and I] would both go with the second," Rudolph says. "I would not be angry if aliens invaded earth because I feel like it would be super fascinating before they killed and ate me."

I suggest that perhaps the aliens invading earth are kind, and wouldn't be interested in killing and eating the human race, and Rudolph considers it. "They might not eat me!" she reasons. "I'm totally interested in Aliens. I have zero interest in Donald Trump."

Gad, who voices snowman Olaf in 2013's Disney film Frozen, had a slightly more uproarious response. When I pose the question, the actor bursts out laughing. Then, he turns to the publicist sitting in the back of the room. "Do I have permission?" he says between giggles. "I would invite the aliens to earth if they would stop Donald Trump from becoming president," Gad says in earnest. "I would collaborate with them. I would try to figure out what technology they needed to stop this person."

Well there you have it. For Gad and Rudolph, extraterrestrials and the unknown are more appealing than the ginger-haired presidential hopeful. Did you hear that, aliens? If you're looking to invade, now's your chance.