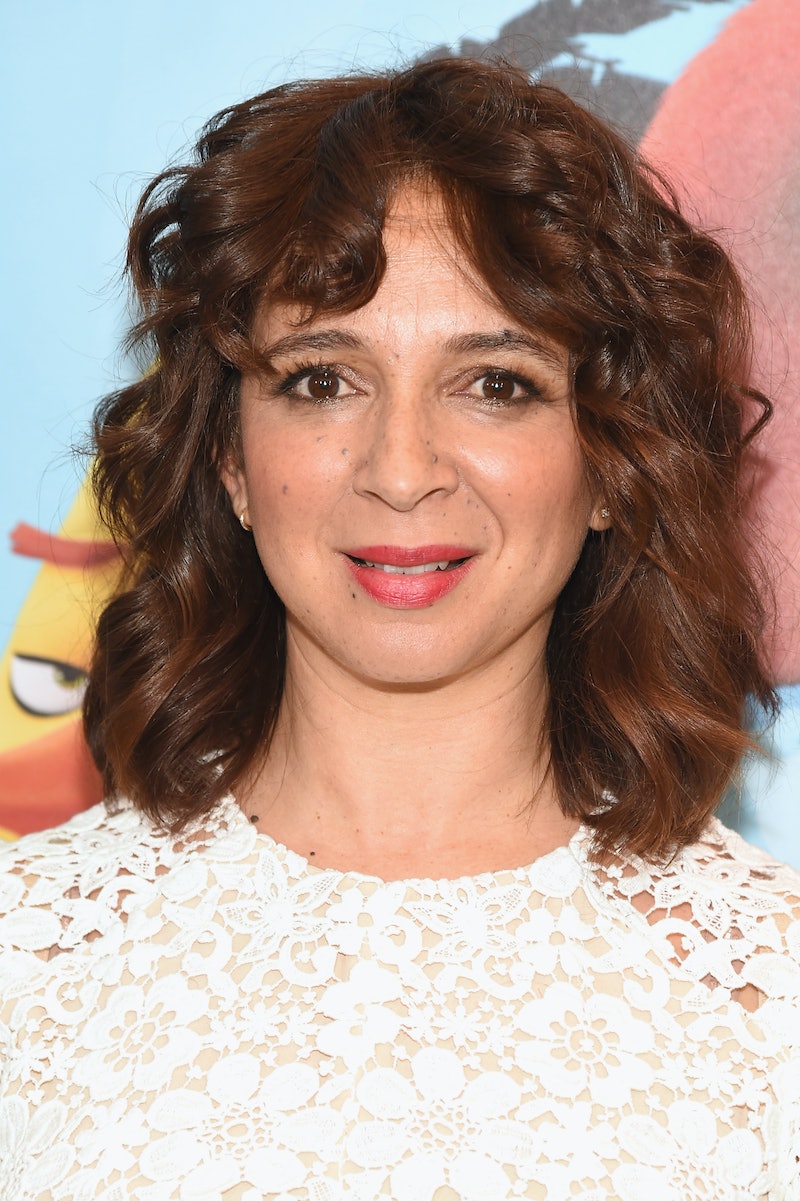 Though they are two of the most pleasant comedic actors working in Hollywood, Josh Gad and Maya Rudolph play very angry characters in the upcoming adaptation of the iPhone game, Angry Birds . While Rudolph was eager to jump on board once she saw fellow SNL alums Bill Hader, Jason Sudeikis, and Kate McKinnon on the cast list, Gad took some convincing. "There were two things that concerned me about doing an Angry Birds movie, the words 'Angry Birds' and 'movie," he jokes. "I was reluctant because I had done Frozen and I didn't want to confuse children. I have a distinct voice and thought it would be weird to voice one of these birds." But after a "spectacular pitch" from one of the producers, he was all in.

Because the film centers around a group of birds with anger issues who are forced to take an anger management class, it seems only logical to pick the actors' brains about the things that make them angry in their own lives. To accomplish this, I pose a game. I name two items or scenarios, and Gad and Rudolph tell me which one makes them angrier. Ready?

Round 1: Being Stuck in Rush Hour Traffic For Two Hours or Having a Flight Delated Two Hours

Rudolph: "I feel like I get angrier in traffic. I feel like the flight is just a full tilt bummer."

Gad: "Stuck in rush hour is worse. Just the very mention of it makes me want to punch a table right now. It's so upsetting. At least in an airport you get to sit and chill and read. You're stuck in a car. Nobody's gonna help you. There's no bathrooms. Nobody cares. There's no one to talk to. It's you, your radio, and however much gas you have left in that car. It's a nightmare."

Round 2: When Someone Cuts In Front Of You In Line Or Being Put On Hold For A Very Long Time

Rudolph: "Cuts in front of you in line. It's very aggressive. Bad manners. No bueno."

Gad: That's a tough one. I think being put on hold, because if it's direct TV, I'm waiting [on the phone]. I need my Game [of Thrones] now. What is really difficult is any time I'm shooting and I'm away from home and Game of Thrones is on and they don't have HBO. This happened to me this summer. I have it set up so I can watch it on my iPad, but it wasn't working, and so I could not watch Game of Thrones for a full week, and it made me so angry. It was like the universe conspired against me. The more I speak to you, the more I realize I have a real issue I need to get addressed."

Round 3: People With Bad Grammar Or Bad Manners

Rudolph: "Manners. That's not very nice. Not if people don't know how to use a shrimp fork, but if people are rude, rudeness is not cool."

Round 4: Man Buns or Mullets?

Rudolph: "Man buns? Like a man putting his hair in a bun? Not his tush? I don't know the term. But oh, a mullet. A mullet is against the law. I'm sorry. It was OK in Europe in the '80s, but it should have stayed there."

Gad: "Mullets are kind of cute again, aren't they? They are kind of fun. Walking Dead, that guy definitely has a mullet and I'm content with it. It's a cute little mullet. Man Buns... I dunno. The words 'man' and 'buns' doesn't quite work for me."

I ask if he prefers man butts. "Oh, they're lovely. I have man buns. I'm proud of them."