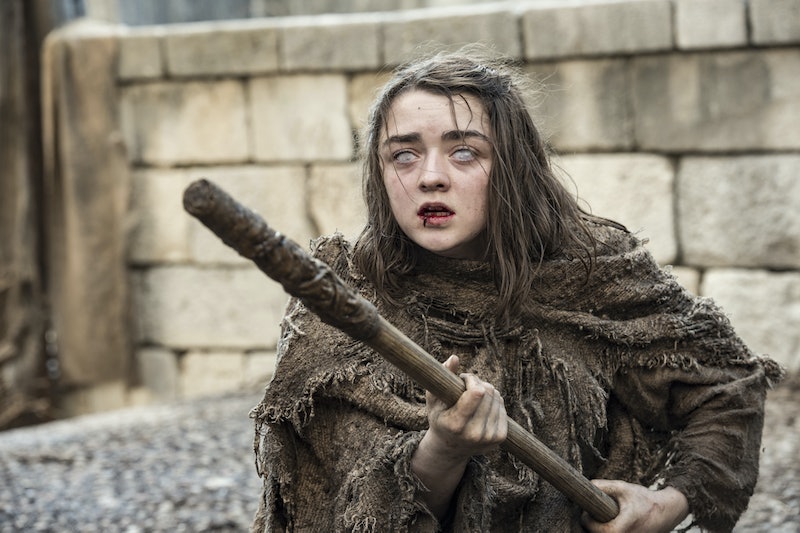 If you had plans for the evening of April 24, cancel them. Season 6 of Game of Thrones premieres at 9 p.m. ET on HBO that night, and it deserves your full attention. For those without a television, Game of Thrones is available on HBO GO and HBO Now, which brings a lot of important concerns. Most shows that end up on streaming platforms wait a while to put their episodes on television, sometimes not finding an online home until the next morning. That may be fine for most shows, but this is Game of Thrones we're talking about, and waiting until the morning for the new episode is hardly an option — for the night is dark and full of spoilers.

Luckily, HBO has long been ahead of the curve on releasing television for streaming and will be releasing the premiere episode of Season 6 on HBOGo at the same time it airs on HBO. According to the HBO GO website, "Most new HBO original programming is available on HBO GO when it premieres on TV." This means you can watch along with everyone watching it online and not worry about finding spoilers on social media. HBO GO has done the same thing with past premieres, so most HBO GO watchers are seasoned pros — However if you're new to HBO GO, here are the five stages of pre-premiere anticipation you'll be facing as you await the premiere.

You just finished marathoning all of Season 5 again and you've smartly given yourself an hour to sit back, relax, enjoy some wine and get to eating a quick pre-premiere snack (perhaps a plate of Cersei's Salad or Sansa's Lemon Cakes?)

You're reading everything online you can find online that is just shy of being a spoiler — rumors, theories, predictions — Will they finally reveal if R + L really = J?, Is Jon Snow really dead? Was the Benjen fake-out a double fake-out and he'll be a new major character? And what about Lady Stoneheart – after all this time, could we finally see her?

Fifteen minutes until the premiere you realize something — What if something bad happens? I mean really bad. The show is getting farther and farther removed from the books, meaning that characters once thought safe are no longer protected by their presence in another medium. Anyone could die, beloved characters could get hurt. Worst than either of those, however, is that terrifying idea that HBO Go might crash. (Although, try not to worry about that. Fans of the show will remember it didn't crash once last season.)

Bad things happen on Game Of Thrones, just like bad things happen in life. Sure, the first few minutes of the show could be the White Walkers effectively making it to King's Landing and killing all of your favorite characters — but the only way you'll know for sure is if you watch.

It's there. You've refreshed the HBO GO page, and it's staring right at you. It buffers... buffers...buffers... and begins. It's working. Now you get to fall away into the world of Westeros and enjoy the premiere.

Now, each experience with HBO GO and Game of Thrones varies, but the above timeline serves as a pretty accurate way to anticipate what you'll be feeling as the episode approaches. Thank the Many-Faced God that HBO continues to make sure that all viewers are able to have a satisfactory Game of Thrones watching experience, whether they're watching on cable television or they're watching on a laptop using their exes' exes' password like me.