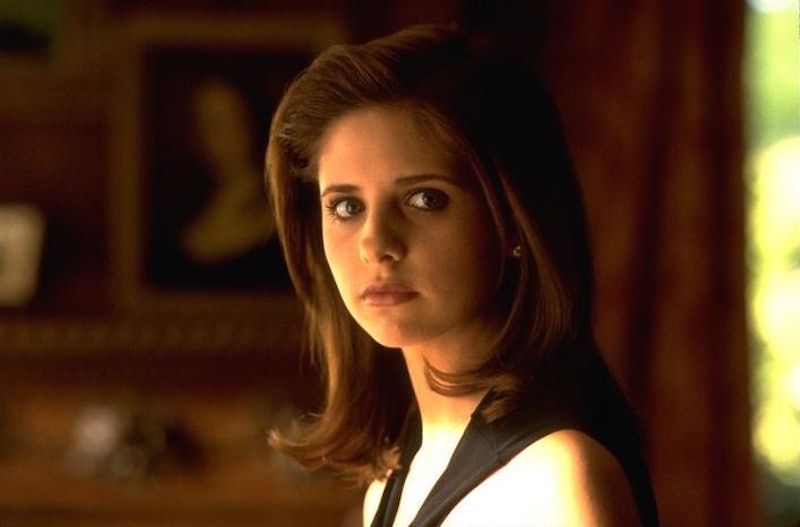 If you’re anything like me, you’ve been counting down the days until you can see Sarah Michelle Gellar reprise her role as the power-hungry Kathryn Merteuil in the television reboot of Cruel Intentions. Not only can I not wait to see what Kathryn is up to these days (and to see how the financial crash of 2008 affected all of that money of hers), I’m giddy with anticipation over seeing Sarah Michelle Gellar return to the silver screen. As the former star of Buffy, it feels like a homecoming of sorts to have Gellar back on that beautiful screen. So, when I heard that another cast member of the show, Taylor John Smith, was talking about what the show is going to be like, I did a happy dance around my office, because that boy wasn’t afraid to spill all the details. And since this is basically the first official spoiler from the Cruel Intentions set, I think it’s worth celebrating this juicy bit of information.

And trust me when I say that it is juicy. Smith spoke with Variety openly about just how great Kathryn is in the new show, and, you guys, it sounds incredible. In the interview, Smith said that Kathryn is “very much the same Kathryn Merteuil,” but in this version, she’s even better. Because, Smith said, she is “even more stunning, more edgy, more power hungry, and more ruthless.”

Does anyone else feel like they need to brace themselves in order to handle a Kathryn that is even more ruthless than the one in the 1999 film? We’re talking about a character that had no qualms about wrecking reputations and sleeping with her stepbrother, for crying out loud. I can’t imagine a Kathryn that is willing to go to even greater lengths than that to get what she wants.

But if Smith says she’s more ruthless, than she must be. I can’t wait to see how this spoiler plays out. I mean, any edgier and the show wouldn’t be appropriate for television. But apparently that’s exactly what this sequel shows. Smith says about the pilot that they “really got to push the limits, even more than the original.”

So brace yourselves, Cruel Intentions fans. This show is bound to be bananas.